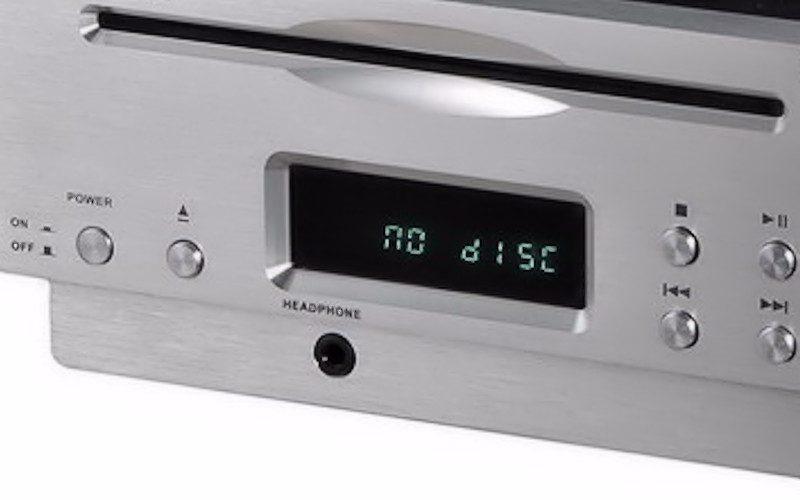 Newcomer Napa Acoustic offers the NA-208C CD player. HomeTheaterReview.com reviewer Andrew Robinson took the player for a spin. Read on to see how his evaluation of the piece went.

Unless you happened upon the Wharfedale room at CES this year, chances are you've never heard of Napa Acoustic. A fairly new company, Napa Acoustic is primarily an Internet direct (though I hear they're beginning to open dealers) audiophile manufacturer/distributor of tube-based amplifiers, integrated amplifiers and source components that seek to provide consumers with the most bang for their buck, with prices starting at $299 and topping out at $1,199. The subject of this review, Napa Acoustic's desktop CD player, the NA-208C, retails for a scant $399.

The NA-208C is a slot-loading single-disc CD player that is clearly aimed at the desktop audiophile, for its form factor is compact to say the least, measuring a mere eight-and-a-half inches long by six-and-a-half inches wide and three-and-three-quarters inches tall. Napa Acoustic does not provide a weight for the NA-208C on their website, but if I had to venture a guess, I'd say it was most likely around five pounds, which may not sound like a lot, but I assure you it's sufficient, for the player seems very well built and solid from stem to stern. The NA-208C has a chunky aluminum faceplate, accented by polished gloss black sidepieces that lead you to an aluminum back plate. The front panel features controls for power, eject, play/pause, stop, chapter skip and forward/rewind. There's even a headphone jack located just below the small display.

Around back, you'll find a pair of analog audio outputs, as well as an optical digital output that allows you to use the NA-208C as a transport should your heart desire. A detachable power cord rounds out the NA-208C's connection options.

Under the hood, the NA-208C uses a CS4398 DAC chip and boasts a total harmonic distortion rating of less than six percent, with a signal to noise ratio of less than 90dB. The NA-208C's reported frequency response is 20Hz to 20kHz. Not much else by way of specifications is known or even given on the NA-208C.

Which brings me to the NA-208C's remote. The remote is a smallish, all-plastic affair that feels and looks cheap - hey, something had to at this price point. There are controls for all of the above-mentioned features, plus volume. That's right, the NA-208C has a digital volume control, though it's only accessible via the remote, which isn't exactly a good thing, for I found the remote's effectiveness to be limited to about five feet. For those of you looking to use the NA-208C as part of a desktop system, the remote's lack of range isn't going to be as big an issue, but for those who won't use it in a desktop environment, it somewhat defeats the purpose.

In terms of performance, the NA-208C is a surprisingly capable player. Its sound is one of smoothness, with nary a hint of grain or forwardness to its presentation. It's not the most dynamic of players, but it's far from being lifeless. Its overall character is a touch laid-back but not vague or dark, just smooth and soothing. For those looking for the last word in digital authority, you won't find it here, but those with a wide range of musical tastes should definitely take note. If there were such a thing as the ideal Sunday afternoon CD player, the NA-208C would be it. Reminiscent of budget NAD players from years past and present, the NA-208C doesn't suffer from the slightly over-ripened mid-bass and bass that you get with NAD. The NA-208C is also not dry up top like the NAD and, while the NAD may be a touch more resolved, it lacks the NA-208C's sweetness. The NA-208C's midrange is uncolored and pure, evident in its way with vocals. Its top end is light and airy and its bass, while not earth-shattering, is still quite good. Soundstage delineation is also good, though not laser-etched, which I like. All in all, for a sub-$400 player that can be used without a preamp, the NA-208C's performance is surprising and well worth the money.

Read about the high points and low points of the NA-208C CD player on Page 2.

High Points
• Despite its obvious Chinese origins, the NA-208C is a well-built CD player with boutique style looks that are decidedly upscale, though it doesn't carry an upscale price tag. Seriously, the front panel controls remind me of what you'll find on Krell's costlier disc spinners.
• The NA-208C is easy to set up and even easier to use, and in a desktop-like environment, the remote adds to the player's day to day usability.
• The NA-208C's sound is one of smoothness instead of ruthless retrieval, which should bode well for those with vast musical tastes. I threw everything at it from female vocals to classic rock and came away from every session impressed and musically satisfied.
• While not the last word in any sonic category, the NA-208C is aimed more at the music enthusiast than the dedicated audiophile. That being said, I enjoyed listening to and interacting with the NA-208C more than I have many so-called audiophile players in the past, because the NA-208C's performance is all about the music, rather than showing you or your system the error of your ways.
• The NA-208C can be connected directly to an amplifier, thanks to its digital volume control, which for desktop listeners is a huge plus.
• The NA-208C's headphone output also makes the player an ideal choice for bedside late-night listening. Its small footprint should allow it to fit on even the smallest of nightstands.

Low Points
• The NA-208C's remote is cheap and frankly doesn't function all that well when asked to transmit commands from anything further away than a few feet.
• Because the NA-208C's digital volume control is only accessible via remote, its lack of range makes it non-ideal for traditional system setups.
• When turned off, the NA-208C's internal volume defaults to 20, with full volume coming at 40. For some amps and even preamps, this may be too low. You can always pump up the volume, so long as you remember that after every power-down, you have to readjust the volume accordingly.

Competition and Comparison
There are a few CD players at or near the NA-208C's price point that are worth mentioning, beginning with Emotiva's ERC-2 Differential Reference CD Player/Digital Transport at $449 direct. The ERC-2 offers up more connection options, as well as a more robust player overall, both inside and out, though it lacks a digital volume control and headphone
output. The ERC-2 is also a full-sized component better suited for traditional rack-mounted systems.

Conclusion
At the end of the day, the NA-208C compact CD player, from newcomer Napa Acoustic, is what I like to think of as the anti-audiophile disc spinner, as it conjures up audiophile-like levels of performance, but doesn't seem to do so by taking itself too seriously. It's a great little player, one that is ideally suited for desktop and/or small room use, and is nothing short of a delight to listen to and enjoy. Its build quality is excellent and its form factor makes it a no-brainer in the WAF category. If it wasn't let down by its shoddy remote and perhaps offered up a bit more dynamics and resolution, it would no doubt score slightly higher marks. Still, for what it is, the NA-208C is a fun, easy to use and inexpensive player that gets a solid recommendation from this reviewer.