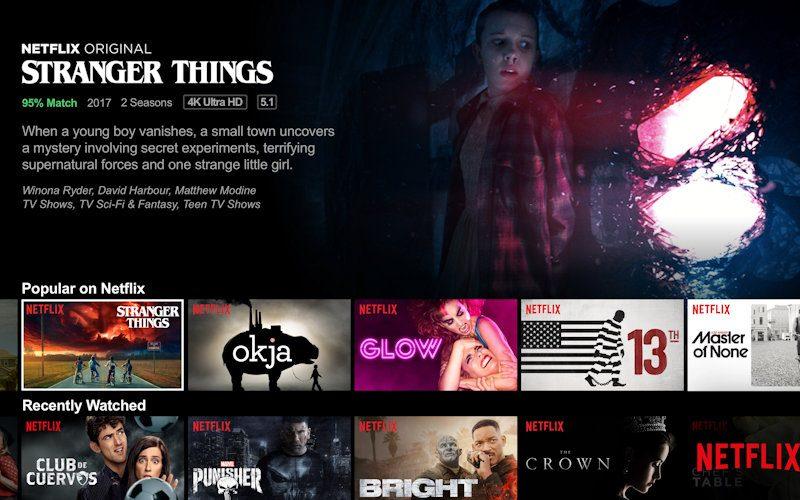 Changes are coming to the world of specialty audio/video faster today than ever before. Micro-LED televisions are going to be a game-changer, object-based surround sound is audio "Wow Factor" defined, digital room correction has gone from a gimmicky feature on...

Changes are coming to the world of specialty audio/video faster today than ever before. Micro-LED televisions are going to be a game-changer, object-based surround sound is audio “Wow Factor” defined, digital room correction has gone from a gimmicky feature on receivers to a can’t-live-without technology for home theater and audiophiles alike in just a few years. One of the biggest, most controversial changes in the specialty AV business, though, is the pending death of the silver disc–something that we’ve covered at HomeTheaterReview.com extensively.


Watching Oppo Digital, a manufacturer of high end cellphones and other more mainstream consumer electronics overseas, leave the high performance UHD Blu-ray player market was a shock to many home theater enthusiasts . Simply put: the company saw the writing on the wall. Physical disc sales are tanking while 4K streaming via a $99 box such as a Roku is simply taking over. According to the DEG and Variety, home video disc sales were down 14 percent to about $4.4 billion in 2017, while rental disc sales at kiosks and brick & mortar were down 17 percent to about $2.0 billion in 2017. Nationally, Internet speeds are faster and faster, and so is access to said high speed services. More and more, companies like Netflix and Amazon Studios are creating bespoke content for streaming that bypasses the traditional Hollywood Studio distribution model of commercial cinemas, home video, PPV (pay per view), pay cable, television syndication, and so on. Netflix is distributing Academy Award nominated films like Roma on a first-run basis right through your Internet and as part of your increasingly expensive (but you sure as hell aren’t going to cancel) monthly subscription. 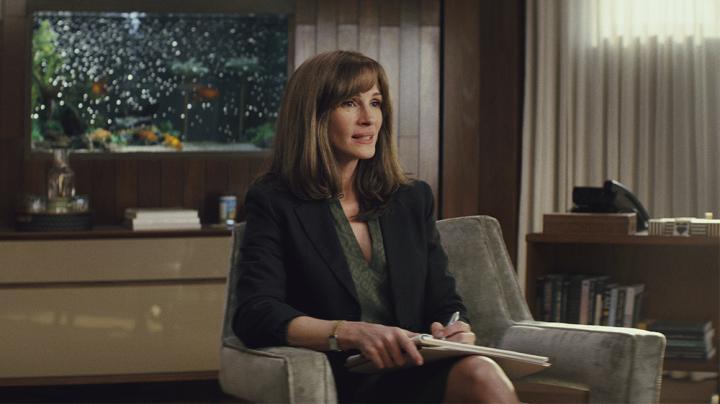 Amazon Studios is about to open a $2,000,000,000-plus movie studio in the same neighborhood as Sony Pictures in Culver City this summer. They are creating TV shows like quirky but critically acclaimed Homecoming, with stars such as Julia Roberts. And soon enough, Amazon Instant will be the only way to tune into the new billion-dollar Lord of the Rings TV series. That has gotten people’s attention and inspired more and more to buck up for the also increasingly costly Amazon Prime membership.

Where the streaming folks are making real progress is under the technical hood, with increasingly sophisticated codec that allow higher and higher quality video to be squeezed through the Internet heading to your 4K UHD TV. While UHD Blu-ray provides a truly fantastic audio and video experience for a whopping $30 per disc, the format is pretty locked into the codecs established from the get-go. On the other hand, the streaming guys are able to be more technologically fluid, thus when new ways to get more data through the pipe come along, they can make adjustments much more rapidly. In the past years, this has created a streaming experience that has gone from choppy and pixelated to one that comes within a very small margin of 4K video found on a silver disc. There is no sign of the streaming guys stopping with the innovations that allow them to deliver more and more UHD content to your world as they’ve got motivations that are respectfully more ambitious than Hollywood. In fact, I think they’ve got Hollywood studio a little scared right now.

Home video has been a total cash cow for Hollywood dating back more than a generation to the days of VHS and Laserdisc. Take a feature film that has fully paid for all of its costs and provided a nice profit through traditional distribution and then sell said title by the tens if not hundreds of thousands on a highly profitable disc/tape to the home theater/home video audience and get rich all over again. Then change the format and resell said movie to the customers one more time. That’s just a fantastic way to make billions upon billions of dollars exploiting (a positive term in Hollywood, believe it or not) the same content ad nauseam.

The problem is that it seems as if we’ve come to the end of the home video gravy train. In reality, most people don’t need to have 100 plus titles on home video in their collection. We all have our special movies that we can’t live without (Goodfellas, Fletch, Pulp Fiction, Airplane, This is Spinal Tap, Godfather I, Godfather II, Godfather III… OK, maybe not Godfather III) but with streaming services offering thousands of legacy movies on-demand, it’s entirely reasonable for millions of clients to say “I will just stream it” instead of “I need to own it” for most of the movies that we want to watch.

But what about those of us who don’t want to compromise any quality at all in terms of 4K video and lossless audio? This is where that Oppo UHD Blu-ray player comes in handy but there is a problem. Buying movies that you aren’t likely to watch over and over again on UHD Blu-ray is expensive. Stores like Best Buy sell UHD Blu-ray discs, but they stock fewer and fewer as time goes on. Amazon.com has all of the titles you could want, but you still have to wait to receive them and then store the disc somewhere until you want to watch the movie again. Netflix could offer UHD Blu-ray rentals, but they don’t, and it is pretty obvious as to why. Their profit margin with streaming is so much better and they’ve additionally got you hooked into their own content pipeline, which is creating some of the best TV and movie content out there. 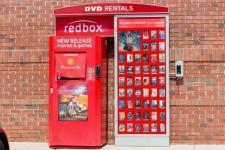 Are there options for the hardcore movie enthusiast that isn’t streaming or buying/storing silver discs? In the short term, yes. While not from Netflix, you can rent UHD Blu-ray titles from other places. Most notable is Redbox, which charges a fee of $2.50 (0.50 more than a Blu-ray rental), and they have a pretty wide-reaching distribution network that feeds that old instinct to “stop by Blockbuster and pick up a movie.” There are other players in the 4K movie rental business too that are much smaller than Netflix and Redbox, such as 4Kave.com, Rent4K.com, and 4KBlu-RayForYou, to name a few. These lesser firms have a lot of the better titles and some have very liberal membership policies that might work better for someone who is likely already paying for Netflix and Amazon Prime.

Long term, the silver disc is going the way of the dodo bird. That is going to piss off some people in the enthusiast home theater world, but the advantages that streaming bring to the table likely outweigh the downside of losing UHD Blu-ray someday. Yes, HD streaming kinda sucked as recently as a few years ago, but today it is so very close in performance to UHD Blu-ray that most people will want to just dial up a cover flow list of movie titles and shop that way versus having discs sent via USPS. Netflix could have kept the silver disc game going a little longer, but it was going to go away sooner or later, and they’ve got a horse in the race when it comes to the end of the silver disc.

The good news is that unlike the rise of MP3 audio, which was far inferior to Compact Disc, home theater enthusiasts are going to gain the convenience that Apple has taught us sells over all else while not having to sacrifice much quality (if any at all after another codec revolution or two). A strong argument can be made that streaming has the ability to innovate better quality audio and video for music and movies faster than any silver disc format could, thus the long-term outlook for performance-oriented home theater enthusiast is a bright one.

What percentage of 4K movies do you stream versus watch on a silver disc? How many UHD Blu-rays do you own now? How many more do you foresee investing in? Tell us in the comments below how you plan on consuming your 4K movies going forward…