Reaffirming its dominance in the streaming-media space, Netflix recently announced that it surpassed 50 million subscribers and pulled in $1.14 billion in the second quarter of 2014. From Multichannel NewsDespite a recent price increase for new subscribers and the addition... 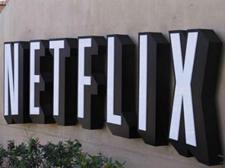 Reaffirming its dominance in the streaming-media space, Netflix recently announced that it surpassed 50 million subscribers and pulled in $1.14 billion in the second quarter of 2014.

From Multichannel News
Despite a recent price increase for new subscribers and the addition of a standard-definition-only streaming plan, Netflix had no trouble adding subscribers in the second quarter, signing on 1.69 million during the period, extending its total to 50.05 million, of which 47.99 million are paid subs.

Netflix added 1.12 million international streaming subs, giving it a total of 13.8 million in that category.

Looking ahead, the company expects to add 3.69 million subs worldwide in the third quarter, including 2.36 million in its international markets — enough to push its sub base past 53.74 million.

In its letter to shareholders, Netflix said it will launch in Germany, France, Austria, Switzerland, Belgium and Luxembourg in September.

Netflix doesn’t release specific usage figures, but did note that the release of season two of Orange Is The New Black was the most-watched series in every Netflix territory during its first month of availability.

This fall, Netflix will introduce physical gift cards in select stores in the U.S., Canada, Mexico and Germany, hopeful that they will extend its brand and accessibility in existing markets, and to provide an “easier alternative” for consumers in new Netflix markets “with developing online payments.”

Netflix added that its app for the coming Android TV platform will be offered on TVs from Sony, Sharp and others in the coming months.