Netflix continues its expansion into content creation - this time, moving beyond TV and into feature films. The streaming king will partner with The Weinstein Company to produce a sequel to the film Crouching Tiger, Hidden Dragon. The film will... 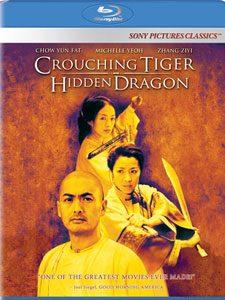 Netflix continues its expansion into content creation - this time, moving beyond TV and into feature films. The streaming king will partner with The Weinstein Company to produce a sequel to the film Crouching Tiger, Hidden Dragon. The film will debut simultaneously on Netflix and in some IMAX theaters next August...and not everyone is happy with that plan.

From Time
Netflix is planning to release its first original movie, a sequel to Ang Lee's martial-arts epic Crouching Tiger, Hidden Dragon, and so charting new territory for the Internet-streaming firm.

Netflix said Monday that it is partnering with independent producer the Weinstein Co. to release Crouching Tiger, Hidden Dragon: The Green Legend to all subscribers on Aug. 28, 2015. The film, directed by Hong Kong's Yuen Wo-ping, will also premiere at the same time on some global IMAX theaters – but it will not hit mainstream cinemas, Netflix said.

The deal between the streaming service and the production house threatens to upset to the traditional model of releasing movies: put them out first in cinemas and then wait months before making them available on DVD and streaming services, including Netflix. Indeed, Netflix said the film is the first of several feature movies it has in the pipeline."

You can read the complete Time story here.

The film's limited theatrical release is likely due, at least in part, to certain theater chains' unhappiness with its simultaneous release on Netflix. The New York Times reports:

Two major theater chains, Regal Cinemas and Cinemark, said Tuesday that they would not screen next year's sequel to "Crouching Tiger, Hidden Dragon," the first major motion picture that will make its debut simultaneously on Netflix and on a select number of Imax screens.

'While a home video release may be simultaneously performing in certain Imax locations, at Regal we will not participate in an experiment where you can see the same product on screens varying from three stories tall to 3 inches wide on a smartphone, Russ Nunley, Regal's vice president for marketing and communications, said in a statement. "We believe the choice for truly enjoying a magnificent movie is clear."

A Cinemark spokesman said on Tuesday that Cinemark would not run the "Crouching Tiger" sequel on its screens. "Cinemark does not play day-and-date movie releases on any of our screens, including the 14 Imax screens that we operate," the spokesman said in a statement.