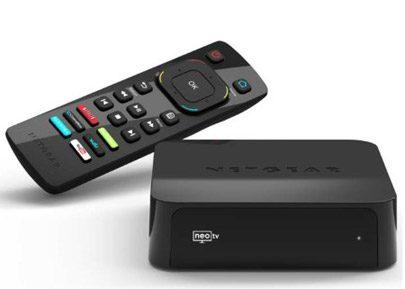 Audio Reviews, Equipment Reviews, Streaming Media Player/App Reviews
Published On: January 30, 2013
We May Earn From Some Purchases Via Affiliate Links

Netgear has brought a trio of streaming media players to market. The top-shelf model is the NTV300SL or NeoTV MAX is reviewed here by Home Theater Review reviewer Adrienne Maxwell. 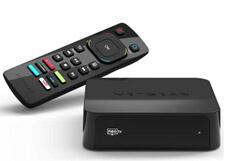 In April of last year, we wrote up Netgear's NTV200 streaming media player. Netgear's streaming-media suite includes many big-ticket services, like Netflix, VUDU, Hulu Plus, YouTube, Pandora, and Rhapsody. Back in September 2012, Netgear introduced a trio of new players. The basic NTV300 ($49.99) is a replacement for the NTV200, with the major addition of HTML 5 support. The NeoTV PRO (NTV300S, $59.99) goes a step further, adding an analog A/V port for compatibility with older TVs, as well as Intel WiDi support to wirelessly display your PC screen on your TV. Finally, the top-shelf NeoTV MAX (NTV300SL, $69.99) includes all of the features listed above and adds the ability to stream personal media files via USB/DLNA. It also comes with a premium IR remote that adds a full QWERTY keyboard. Netgear sent us a sample of the NeoTV MAX to try out. (At the recent CES 2013, Netgear also introduced the NeoTV PRIME, a GoogleTV-powered player, for $130.)

Additional Resources
All three NeoTV boxes support a 1080p output resolution and allow for a wired or wireless network connection. The entry-level box offers 150Mbps 802.11n, while the two higher-priced boxes offer 300Mbps 802.11n. The NeoTV MAX has a glossy black finish and measures a compact 3.7 x 3.7 inches. The connection panel includes one HDMI output, one analog A/V output (with a supplied breakout cable), an RJ-45 port for Ethernet, a MicroSD card slot, and a USB port. The one notable omission is a dedicated digital audio output for a digital connection to an older, non-HDMI-equipped receiver. The player has internal Dolby Digital 5.1 decoding.

From the front, the IR remote that accompanies the NeoTV MAX is identical to the one that comes with its lower-priced siblings. It measures 6.3 x 2.1 inches and includes the necessary navigation and control buttons, plus direct buttons for Netflix, Hulu Plus, CinemaNow, VUDU, Pandora, and YouTube. On the remote's backside, you'll find a full QWERTY keyboard that you don't get with the other players. Whenever you need to enter text, just flip the remote over, press the unlock button at the bottom left corner, and type away. When you flip back to the front, the lock will automatically re-engage to prevent you from accidentally sending keyboard commands. Netgear also offers a free iOS/Android control app that includes a virtual keyboard.

Setting up the MAX was a quick process. Upon power-up, the box asks you to select a resolution (from 480i to 1080p; I went with the Auto option), set a standby timing mode (30 minutes by default), and set up your network connection. I went with a wireless setup and manually input my info, which I was able to do very quickly thanks to the QWERTY keyboard (WPS setup is also available). That's it for initial setup, but you can make a few other A/V adjustments via the Settings menu: you can set audio for PCM stereo or bitstream, you can choose a TV aspect ratio (16:9 wide, 16:9 pillarbox, 4:3 pan and scan, 4:3 letterbox), and you can enable/disable HDMI-CEC support.

Netgear's list of supported Web services is solid – more extensive than the Apple TV but not quite as good as the Roku or WD TV Live boxes. Majors include Netfix, Hulu Plus, VUDU (with VUDU Apps), CinemaNow, YouTube, Pandora, Rhapsody, Facebook, and Twitter. There's also a variety of news, entertainment, and gaming options, such as channels for CNN, Fox News Podcast, TED, TMZ, TV Guide, Showtime/HBO Podcasts, Funny or Die, Picasa, and more. Netgear doesn't offer an Apps store to browse for new content; the company adds channels automatically as it makes new deals. (At CES 2013, Netgear announced the addition of TuneIn Radio and the SlingPlayer app to its NeoTV lineup. SlingPlayer lets you stream a TV feed from your Slingbox-connected TV.) Notable omissions currently include Amazon Instant Video, HBO Go, Vimeo, Spotify, and sports channels like MLB.TV. The NeoTV user interface is very clean and easy to navigate. On the Home page, menu options run down left aside, while the rest of the screen is filled with colorful icons for each "channel." Menu options include My Channels (a customizable Favorites page), Most Popular, Movies & TV, News & Education, Web TV, Music & Photos, etc.

In terms of launching and navigating services, the NeoTV MAX's speed and responsiveness aren't as good as other streaming media players I've used. When I compared the MAX directly with the Apple TV, Netflix was slow to launch and load titles, and I encountered more playback issues with the same titles. The box even froze up on me a few times. The remote control has a fairly limited IR window; you need to point it directly at the box. I found the iOS control app, which communicates over the network, to be faster and more flexible.

The biggest performance concern I had with the NeoTV MAX involved the MyMedia channel for playback of personal music, photo, and video files. I experimented with streaming files from a USB flash drive, from the Plex DLNA software on my MacBook Pro, and from the AllShare DLNA app on a Samsung tablet. I encountered glitches with all three. The box froze up a couple of times during playback, and the Plex server frequently disappeared from the list of available servers whenever I tried to navigate the different folders for music, photos, and videos--forcing me to exit and try again. Supported file types include MP4, AVI, WMV, MKV, MP3, WMA, AAC, WAV, PCM, and FLAC; you can check out the complete breakdown here.

Read more about the High Points, Low Points, Comparison and Competition and Conclusion of the Netgear NeoTV MAX on Page 2 . . .

High Points
The NeoTV MAX offers a nice assortment of Web services, including Netflix, Hulu Plus, VUDU (with Apps), CinemaNow, Pandora, Rhapsody, and the just-added SlingPlayer app.
Wired and wireless network connections are available.
The box supports a 1080p resolution via HDMI, and the inclusion of an A/V output makes it compatible with older TVs.
The remote has a full QWERTY keyboard, and Netgear also offers an iOS/Android control apps with a virtual keyboard.
The interface is clean and easy to navigate.
The box supports playback of personal media files via USB/DLNA/MicroSD.
If you have an Intel WiDi-enabled PC, you can display your computer screen through the NeoTV. (I did not have a compatible PC to test this function.)

Low Points
The box has issues with speed and reliability The MyMedia app for streaming personal media files is glitchy.
There's no Apps store to browse and add services, and the channel lineup currently does not include Amazon Instant Video.
The connection panel lacks a digital audio output.

Competition and Comparison
You can compare the Netgear NeoTV MAX with its competition by checking out our reviews of the Roku 2, D-Link Boxee Box, and Western Digital WD TV Live.

Conclusion
Netgear's new trio of streaming media players represents a very good value in the category. For $50, you can add streaming Web services like Netflix, VUDU, Hulu Plus, and YouTube to your HDTV with 1080p output and a wired network option (that's a lower price than a similarly equipped Roku box). A modest step up in price gets you Intel WiDi support, an analog A/V output, personal media streaming, and the QWERTY keyboard. Given the issues I had with the MyMedia channel, I wouldn't recommend the top-shelf NTV300SL for someone who plans to do a lot of personal media streaming. Unless you really want the QWERTY keyboard, save some money and get one of the lower-priced boxes instead. The recent deal to add TuneIn Radio and SlingPlayer to NeoTV shows that the company is actively working to expand its roster. The main concern with the NeoTV is that execution isn't yet where it needs to be; the box simply
isn't as quick and reliable as other standalone media players, as well as Smart TV services I've tested. If Netgear can work out some kinks through firmware updates, then NeoTV could make its mark in the streaming-media space.