3M, a company that manufactures a huge assortment of different products - including LCD television, commissioned a study to see what consumers understand and expect of television viewing angles. 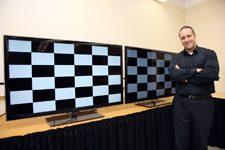 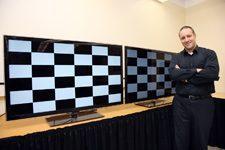 A new study commissioned by 3M shows that American consumers want high brightness and quality no matter at what angle they view their LCD TVs.

The study was conducted by CBS Vision, the Las Vegas-based research division and facility owned by CBS Corporation.

The findings show that as TVs become central entertainment hubs for viewing, gaming and web connectivity, consumers are viewing their TVs from many different angles on a regular basis, and expect a consistently bright and crisp screen image. As consumers age, they place an even higher premium on wide-angle viewing, the study shows.

“We were pleased to team up with 3M to take a closer look at the fundamentals surrounding consumers’ LCD television viewing experience,” said David Poltrack, chief research officer, CBS Corporation and president, CBS Vision. “We learned that consumers don’t always realize that the way they watch their LCD TV impacts the quality of what they see.”

“We wanted to understand how important wide-angle luminance – a combination of off-axis viewing and brightness – was to consumers, since this is something 3M technology enhances. This study shows that wide-angle luminance is very important, even if consumers are not initially aware of the measurement,” said 3M Physicist Dr. Dave Lamb, the scientific advisor on the study.

• 47% change the settings on their TVs to make them brighter (reducing the effectiveness of ENERGY STAR ratings)
• 44% were initially not aware of a difference in picture quality when viewed off axis
• 88% preferred the set with better wide-angle luminance in a direct comparison
• 83% of males 55 years of age and older would pay on average $200 more for the TV with better wide-angle luminance; 64% of females 55 years of age and older would do so, as well