The onslaught of DAC's continue with PS Audio's new DirectStream DAC. According to PS Audio it is a revolutionary new way to improve the sound of your music. From PS Audio PS Audio, manufacturer of fine audio equipment for over... 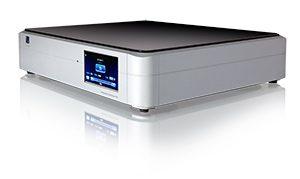 The onslaught of DAC‘s continue with PS Audio’s new DirectStream DAC. According to PS Audio it is a revolutionary new way to improve the sound of your music.

PS Audio, manufacturer of fine audio equipment for over 40 years, has released two new videos to help explain the new technology behind the DirectStream DAC and released photos for press download. In addition the complete webpage description has been published and available here.

We’ve put together a pair of videos that tell our tale better than we could in several thousand words. Video #1 features PS Founder Paul McGowan and SACD/DSD pioneer Gus Skinas, and tells the backstory of the DirectStream.

Video #2 features lead designer Ted Smith, and details his 10-year quest to perfect DSD, and to unleash the magic locked inside PCM recordings.

About PS Audio: Founded by Paul McGowan and Stan Warren in 1973, PS Audio has a long history of offering innovative designs at affordable prices. PS has been an industry-leader in the fields of power-regeneration, phono preamplifiers, DACs and transports. PS Audio’s administration, engineering and manufacturing facilities are all located in Boulder, Colorado, and all core products are fully made in the USA.