JVC has been pushing the e-shift technology with the company's projectors. The latest models continue this trend, reportedly improving upon the technology as well as other feature improvements. 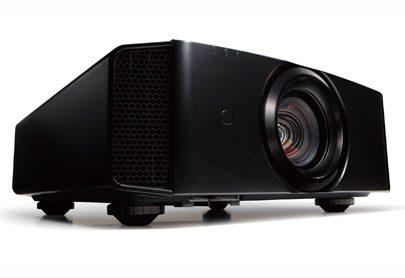 JVC's 2013 projectors are the Procision Series DLA-X95R, DLA-X75R, DLA-X55R and DLA-X35, marketed by JVC's Consumer AV Group, and the Reference Series DLA-RS66, DLA-RS56, DLA-RS4810, DLA-RS48 and DLA-RS46, available through JVC Professional Products Company. All are 3D-enabled and all except for the base models in each series offer e-shift2.

In other enhancements, new 2K to 4K scaling technology using proprietary JVC algorithms replaces a two-band filter with an eight-band filter to apply more correction to more areas of the image. This delivers a noticeable improvement with any compatible 2D signal. To optimize performance for different content, this Multiple Pixel Control offers five preset modes plus Off.

3D performance has been improved, with new circuitry and a new optical engine responsible for reduced cross talk.

Another key enhancement is a new illumination system, including a new lamp and power supply, which delivers a significant improvement in brightness over the life of the lamp. In addition, the lamp warranty has been extended to one year/1,000 hours.

The new JVC D-ILA home theater projectors will be available in November 2012 at the following prices: