Yahama annouced a new addition to its soundbar lineup. The YAS-103 is an improved version of its YAS-101 soundbar that adds Bluetooth audio streaming and the ability to use an Apple and Android-compatible app to control it. It also has... 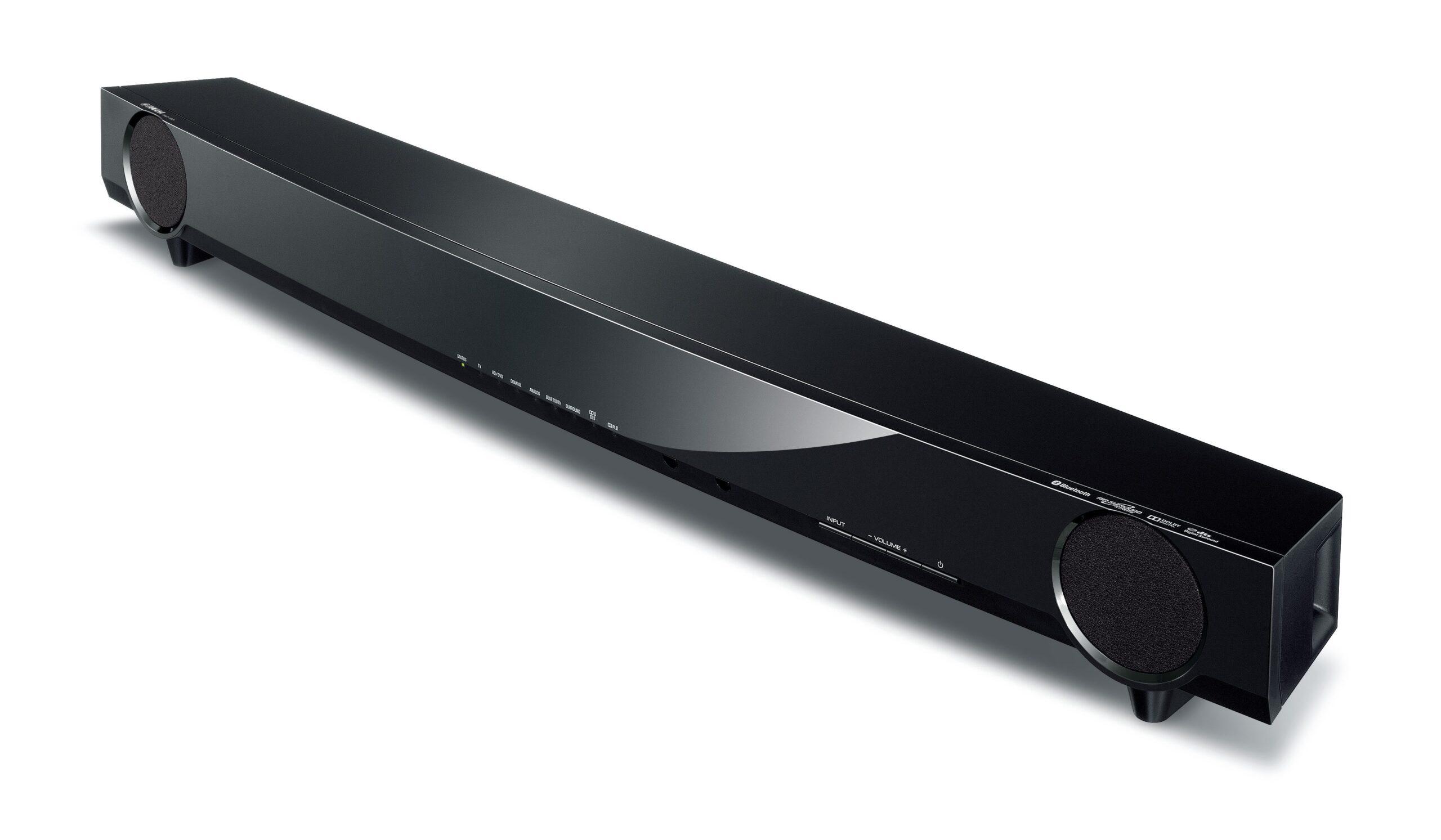 Yahama annouced a new addition to its soundbar lineup. The YAS-103 is an improved version of its YAS-101 soundbar that adds Bluetooth audio streaming and the ability to use an Apple and Android-compatible app to control it. It also has IR pass-through for situations where the soundbar blocks the television's IR input.

From Yamaha
Yamaha today introduced the YAS-103, which builds on the success of its best-selling all-in-one sound bar (YAS-101) by adding Bluetooth® audio streaming and app control features. The YAS-103 maintains the elegant design, exceptional audio quality and ease of use of its predecessor, as well as its single-body design with dual built-in subwoofers that deliver rich bass without the need for a separate subwoofer.
The new Bluetooth capability not only supports music streaming from smartphones, tablets and computers, but also enables control of the sound bar via Yamaha's free Home Theater Controller app. The app makes it easy to adjust input selections, surround modes and other settings from Apple® iOS and Android™ devices.
"We found that many sound bar shoppers want deep, rich bass to add impact to TV and movie viewing, but they just don't want the clutter of a separate subwoofer in the room," said Bob Goedken, general manager, AV Products, Yamaha Corporation of America. "The single-body design of the YAS-103 is equipped with two built-in subwoofers, for a cleaner, more elegant solution. Now, with the addition of Bluetooth audio streaming, we provide an easy way to fill your home with music from mobile devices."
The YAS-103 features Yamaha's exclusive AIR SURROUND XTREME surround sound technology and supports Dolby® Digital and DTS to deliver virtual 7.1-channel surround sound with precise positioning and crystal clear dialog not offered by other sound bars. This impressive sound field is created by two full range drivers, two down-firing subwoofers and a bass reflex port. Yamaha's superior structural design and proprietary Advanced Bass Extension Processing (in surround mode) add a level of bass response that belies the size and weight of this model.
The streamlined YAS-103 offers great installation and control flexibility. Its low-profile design enables it to be placed in front of flat screen TVs. In cases where the sound bar blocks a TV's remote sensor, its built-in IR repeaters pass the TV remote control signals through for seamless operation. The YAS-103 can also be placed on a separate shelf or easily wall mounted.
The YAS-103 offers a learning feature, allowing select functions to be conveniently operated via the user's TV remote control.
Yamaha's UniVolume™ function eliminates the annoying and unsettling spike in volume during commercials when watching TV programming.
This sound bar easily connects to any HDTV with a single digital cable (included). It also provides two optical inputs, one coaxial input and an analog input.

Check out the gallery below for 7 Hot Soundbars . . .