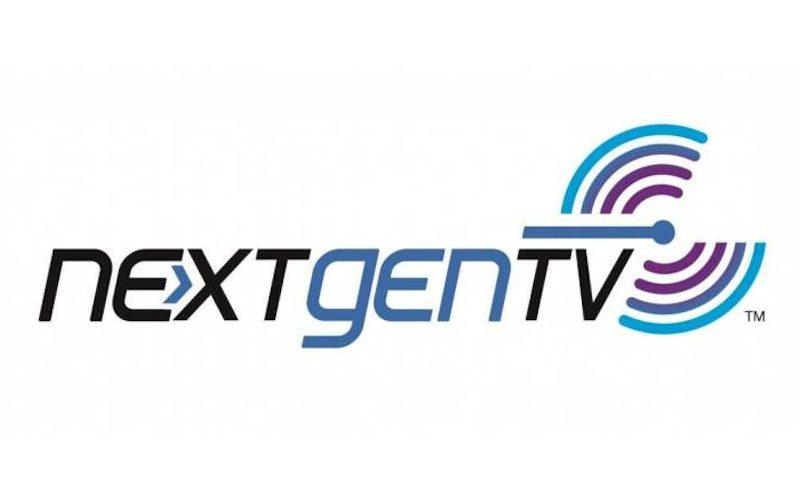 Feature News Stories
Published On: May 11, 2020
We May Earn From Purchases Via Links

By rights, NextGen TV (aka ATSC 3.0) -- touted as the next big thing in television due to its support for over-the-air UHD and smarter interactivity -- should have been celebrating a huge coming out party at the National Association... 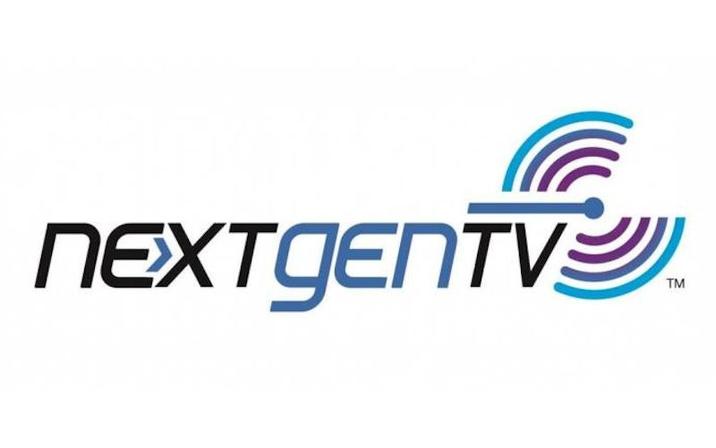 Jonathan Takiff is a veteran tech and entertainment journalist based in Philadelphia. A long-time staffer for the Philadelphia Inquirer, Daily News, and Philly.com, he has also contributed to Techlicious.com, Sound & Vision, Playboy, and Popular Science. Jonathan's specializes in industry trends and analysis for HomeTheaterReview.com.

By rights, NextGen TV (aka ATSC 3.0) – touted as the next big thing in television due to its support for over-the-air UHD and smarter interactivity – should have been celebrating a huge coming out party at the National Association of Broadcasters convention in Las Vegas.

But of course, none of that happened. Not with the world shut down by the COVID-19 pandemic, with broadcasters distracted by far more pressing affairs and with nowhere for the industry or general public to get a good look at the new TV tech.

Even ATSC 3.0's most fervent supporters are now recalibrating their launch, most thinking 2021 and beyond. Just a few, mostly small- to midsize markets – including the lead test site Phoenix, Santa Barbara, Dallas, Portland, Boise, East Lansing, and Orlando – might see one or more stations launching in commercialized mode (that is, viewable by the public) before this year's end. Sinclair Broadcasting Group had been planning a big April sendoff for its flagship NextGen station in Las Vegas, CW-affiliated KVCW, to coincide with the NAB show. A much quieter debut is now planned for May 26.

"Chief engineers who would have been opening up the (now experimental-only) first NextGen channels have been busy with satellite studios in newscasters' homes," said Anne Schelle, managing director of Pearl TV, a consortium of TV station group owners who've been banking on NextGen TV to turbo-charge their engines.

"And executives who otherwise would be negotiating the channel- and tower-sharing needed to put the new stations on the air have other, more pressing concerns – filling the news and information needs of their audience," Schelle added. "But ironically, when NextGen does launch, broadcasters will accomplish those missions even better. The technology allows a station to direct emergency news and service information to its community neighborhoods with much finer, pinpoint accuracy."

At least six years in the planning as a more sophisticated and financially viable competitor for the seriously encroaching world of streaming video, NextGen TV seamlessly merges broadcast TV signals with customized, user-optimized content that is downloaded on-demand from the internet.

Because all NextGen TV signals are IP-based – just like Netflix, Hulu and YouTube – this fusing of broadcast and streaming content becomes a piece of cake, with transitions between sources "invisible to the consumer," said Todd Achilles of Edge Networks, a broadcaster with two experimental (and soon commercial) ATSC 3.0 outlets in Boise, Idaho.

And here's a cute trick. That same Internet Protocol content can also be distributed (via Wi-Fi or Ethernet) from an adept ATSC 3.0 TV set or outboard NextGen receiver box to other devices like smartphones and tablets that are also online in the house. That feat presumes NextGen product makers build in gateway-like distribution features – a concept demonstrated in prototype form at CES this past January. All that positive messaging would have been delivered on the NAB show floor with the formal unveiling of the first 20 models of NextGen TVs from LG, Samsung, and Sony boasting ATSC 3.0 circuitry in addition to an old school ATSC 1.0 tuner. Yeah, the new TV tech is not backwards compatible, which raises the costs for making transition-friendly, dual-mode sets, a complaint and explanation Vizio has given for sitting out the NextGen launch.

LG will soon be shipping four new breed 4K and two 8K OLED models starting at $2,500 (for the GX series 55-inch) and topping out at a mere $20 grand (for an 88-inch 8K ZX series set). A temporary shut-down of parts plants in China has resulted in "slight delivery delays" for the products, shared LG Electronics USA senior VP John Taylor. Seeing what the fuss is all about won't be easy for consumers for a while, though. Maybe that's a blessing in disguise, as big-ticket discretionary purchases are currently way down on the priority list for many.

While still selling online, WWS's two upscale showrooms have been quarantined and shuttered as "non-essential" by the Pennsylvania governor. Big box stores like Target and Walmart, which have been permitted to stay open during the pandemic health crisis, won't be stocking these new, high-end models.

So for the time being, potential converts will just have to take developers at their words that NextGen TV is worth an investment, and that broadcast 4K content is on the near horizon.

For early tests in Boise, Edge has had to rely on a reel of 4K space imagery shot by NASA – a bit of déjà vu, as the very first public broadcast in HDTV (October 29, 1998) showcased a Discovery space shuttle launch live from the Kennedy Space Center.

At their launch, NextGen broadcasters will mostly be beaming 2K content pumped up with enhanced HDR color and contrast – demonstrable picture improvements that "scored very well with viewers in the test Phoenix test market," said Schelle. The new stations will also concentrate on impressing us with the unique multitasking skills of NextGen TV. For starters, local newscasts will be spiffed up with enhanced (if you chose to activate it) content that's streamed or preloaded on the receiver. In a demo I caught at CES in January, a strip of three news-amplifying featurettes were spotlighted and available for watching (with a click of the remote) on the left side of the screen while the big story played "live" on the right half of the picture.

Just as online behemoths Google and YouTube do, NextGen stations tracking your location and viewing habits (through the TV's internet connection) will be able to target both information and commercials especially relevant to your household or neighborhood. These could be a warning of increased illness in the 'hood or a tout for the best/closest place to find the toilet paper you've been seeking. Cable and satellite TV already deliver some region-targeted advertising, points out Pearl TV media representative Dave Arland, though it's not nearly as fine-tunable. And in NextGen TV land, that tracking can be disabled by the user.

A Pay TV Alternative
Edge Networks will be deploying ATSC 3.0 in a different, customized way, with its two low-powered NextGen Boise stations serving as the technical base for an "affordable, high quality" ($50 a month) 80+ channel subscription service called Evoca. Just announced and targeted to launch this summer, the bundle will build on multiple "buffer-free" HD- and UHD-grade channels compressed with HEVC, or high efficiency video coding, which offers four times the data/channel carrying capacity of the MPEG-2 standard used for HD. Evoca then fills out the bundle with more channels and shows streamed on-demand via the internet. Targeted to smaller markets with fewer viewing options, the service will come with its own, customized outboard receiver that connects to any HD or better TV set.

Over-the-air pay TV services have been tried before, in the early days of digital TV. But those bundles were really slim (think 15 channels) and suffered from digital TV's early technical issues – including signal dropouts and blurring caused by multipath distortion. Those faults have now been fixed in ATSC 3.0 land, says Edge Networks/Evoca developer Achilles. Low power station operations like his will signal-hop their NextGen output from one tower to another, akin to the technology deployed in the mobile phone world. Also, Achilles suggests that, "with the ATSC 3.0 technology, multipath distortion actually enhances the quality of the signal, rather than detracts." Go figure.

4K on your Phone?
For some of the same reasons, ATSC 3.0 major backer Sinclair Broadcasting Group has been trying to sell mobile phone carriers on the idea of including a NextGen reception chip (which Sinclair has developed with Saankhya Labs) in future phone models and other portable devices. Here, too, is an idea that's been floated before with a supposedly mobile-friendly, more robust grade of ATSC (informally tagged "1.5"). But as industry vet Dave Arland recalls, acquiring content for that digital mobile TV platform wasn't easy. Verizon wouldn't give up its exclusive hold on mobile rights to the NFL. Carriers didn't want to lose the money earned from subscribers streaming lots of video data over their networks. And the signals weren't as punchy as promised. "But now, even in the new age of 5G, some carriers are realizing the efficacy of sending one signal to many in a location like a sports stadium, to save their bandwidth for better uses and a more satisfying experience," says Arland.

Where's the Pressure, Where's the Ticking Clock?
Honestly, COVID-19 won't slow the growth of NextGen TV nearly as much as the Federal Communications Commission will. While the agency seems happy enough to see the new format developing, the FCC has not mandated that ATSC 3.0 become the new national standard, as happened when digitally transmitted HDTV came in 22 years ago, and old school analog broadcasting was eventually put out to pasture with a hard signal cut-off date of June 12, 2009.

The FCC has only stipulated some practical ground rules for the new format. Broadcasters that aim to start up an ATSC 3.0 service must collaborate to most efficiently share their "sticks" (master antennas) and 6 MHz-wide channels. ATSC 1.0 services must be packed together on a stick and ATSC 3.0 services bunched together on another, in a fashion similar to what's happened recently with broadcast channel repacking. Some of the new equipment that broadcasters needed to purchase for repacking is also appropriate for ATSC 3.0 transmissions, "so the costs to upgrade have largely been covered already," said Schelle.

Converts to NextGen broadcasting must maintain their ATSC 1.0 broadcast signal for five years and carry the same core programming on both 1.0 and 3.0 outlets during that period, before retiring the old ATSC 1.0 signal.

Also mandated last time but missing from this game plan are the federal subsidy "chits," which helped users of old-school analog TVs purchase new receiver/converter boxes for a mere $30. Outboard receivers and affordable plug-in dongles for nabbing and down-converting (if necessary) ATSC 3.0 signals are already on sale in South Korea, where the government has mandated a five-year transition to the new, mostly 4K content-pushing format. LG is a supplier of the core chip going into some of those devices, which would have helped Koreans watch 4K broadcasts of the 2020 Tokyo Olympics (sigh) this summer. Yup, another 4K TV victim of the pandemic.

"In the U.S. we see a dongle solution as something coming later in the format's evolution," said LG's Taylor. "At present, we're focusing on selling the highest quality, big screen TVs."