They say you can't teach an old dog new tricks. If that's true then there should be a second part to the adage which should go, you also can't teach a dusty old audiophile manufacturer how to sell new technologies for no other link in the chain is more resistant to going with the flow than a manufacturer still clinging to their audiophile heritage. 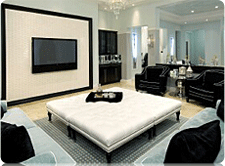 Audiophila started as a high dollar hobby of Baby Boomers in the early 1970's, powered by a global renaissance of music ranging from jazz & classical to The Beatles to The Rolling Stones to Led Zeppelin and far beyond. When "peace and love" turned more into prosperity and growth later in the 1970's - a high end stereo system was as much a male status symbol as having a muscle car parked in your garage. Roll the tape forward to the 1982 advent of the Compact Disc and you see the real boom times for the audio-video business. Add in VHS, Dolby and Laserdisc in the 1980's and you also have the rise of home theater powering growth in consumer electronics as never seen before. Today, nearly 30 years since the launch of the Compact Disc and 40 plus years after the rise of audiophila, there are a number of audiophile companies who are still clinging on to the old ways of doing things, when today's world is very different. iPods, iPads, home automation, high end room-corrected in-walls, media servers and auto-masking screens define much of the high end today as much as tube amps and $50,000+ turntables.

Mark Goldman, the owner of Sound Components in Miami, is a dealer who is riding the fine line between audiophile performance and modern installation. Goldman, a man with audiophile roots that go back to being the National Sales Manager for Wilson Audio in Provo in the early 1990's, just opened a stunningly beautiful showroom designed for the new realities of the high-end AV business. Sound Components historically is known as one of the absolute best audiophile dealers in the country, but Goldman was savvy enough to know that resting on one's audiophile laurels is how many of the other top audiophile showrooms went bust around the country. Sound Components' new showroom is half design studio and half audio salon. On the home automation front, Sound Components shows three (yes, I said three) brands of home automation, ranging from the stalwart Crestron to the up-and-coming Control4 to the Mac-based Savant. The room has drafting tables, conference capabilities and everything that a client/architect/designer would need to make their AV dreams come true in a new home. On the other side of the store is a dedicated music room where Sound Components stays true to its audiophile roots while keeping in mind the realities of what audio enthusiasts really want. They sell reference-level Krell, Mark Levinson and Classé'. They show speaker lines like Bowers and Wilkins, Paradigm and now have added the slim form factor Wisdom Audio for their 7.1 theater reference system. Goldman says "With room correction, a line array of speakers, the ability to bi-amp using top level amps on the highs and mids in speakers that barely take up any floor space - there is an new audiophile standard in our reference room that is winning over some of toughest, most critical clients." But don't expect to see gear on the floor or cables everywhere. Yes, there are speakers connected with Transparent Opus MM cables and beefy Krell amps around, but they are increasingly being installed into low, modern, ventilated Middle Atlantic Racks. Gone are the turntables. In place are AppleTV, Vudu, Kalidescape and other media servers. It's a new reality for audiophile products as they try to fit into the modern home. To see more of the Sound Components showroom click here.

Amazingly, there are some brands in the audiophile world that don't like this direction and have even shied away from Goldman's new store in Miami. Certainly, those brands are entitled to go down the path they want with their business, but it's hard not to see how merging design with audiophile performance along with new media isn't the future of high performance AV. Audiophila started as a hobby and in many worlds it's more of a niche hobby than a vibrant business. The pseudo-religious fervor that goes into arguments about the best vinyl, single-ended tubes, the use of equalizers and speaker configurations today borders on the silly. The fact is that more people today love music than ever before. Like it or not, the iPod made that the case. The challenge for audiophile companies ranging from mom and pop businesses to publically traded or private equity-owned companies is to find a way to inspire people who love music, technology, design and the arts to invest in better sound. Does a standard iPod sound like crap? Yes (especially analog out or with low resolution files or using standard ear buds) - but can it sound much better? Absolutely without question, better sound can be had. This should specifically be the challenge for audiophile manufacturers: to convert the zealous passion for an iPod into a love for audio and fine sound. Many industry pundits are worried that some of the older audiophile companies are too stuck in their ways to adapt. Most aren't hiring young, new engineers. Many aren't embracing new technologies. Many aren't hiring hot industrial designers like Apple did with Jonathan Ive. For a lot of older companies, the mantra is selling the same old, same old for more money every year - to a shrinking market. That is unquestionably a recipe for long-term failure.

Another top dealer who took the road less traveled is Seattle's Definitive Audio. Riding the tech boom of the 1990's from companies like Microsoft, Amazon, Starbucks and Boeing - it would have been easy to sit back and watch the sales rack up, but Mark Ormiston navigated the waters a little differently. As one of the top dealers in the nation for nearly all of the brands that the two-store chain sells - they demand regional exclusivity for many of their brands. In return, they back up their sales with over 60 designers, staff, repair people, engineers and beyond. During the boom times Definitive Audio diversified into a second, large showroom, but unlike the build-it-and-they-will come failures all around the nation - Definitive's Bellevue showroom not only houses high WOW-factor systems, it also has a fully staffed custom department, a commercial division, a marine and aviation staff and more. Beyond the multi-level organization that Ormiston has built - they also throw one hell of a consumer party for their clients where they often get to show new products from the likes of Runco, Meridian, B&W and others for people from all around the region to enjoy. They build the relationships with their clients in ways that all audiophile and AV shops could learn from. When you buy an AMG Mercedes - they invite you to a golf tournament or an art auction as a thank you. Definitive Audio brings CEDIA and CES to your backyard and gives you full access. Definitive and Sound Components should be the reference standard for hybrid AV dealers nationwide. Click here to learn more about Definitive Audio.

There are some good new AV dealers popping up around the country. With the massive failures of Circuit City, The Good Guys, Tweeter, Ken Crain's, Myer Emco, Genesis AV and many other stores, installation firms and integrators - the market is going to be ready for a new school, hybrid retailer. Best Buy and Magnolia are fantastic for entry-level gear and software. Costco and Wal-Mart also sell some good products now, but the experience of walking out with a 60 inch LED in your cart along with a 12 pack of Bounty towels just isn't what every consumer is looking for. Many want more and these hybrid showrooms are setting a trend that merges the old traditions of audiophila with a little modern design, home integration and beyond.