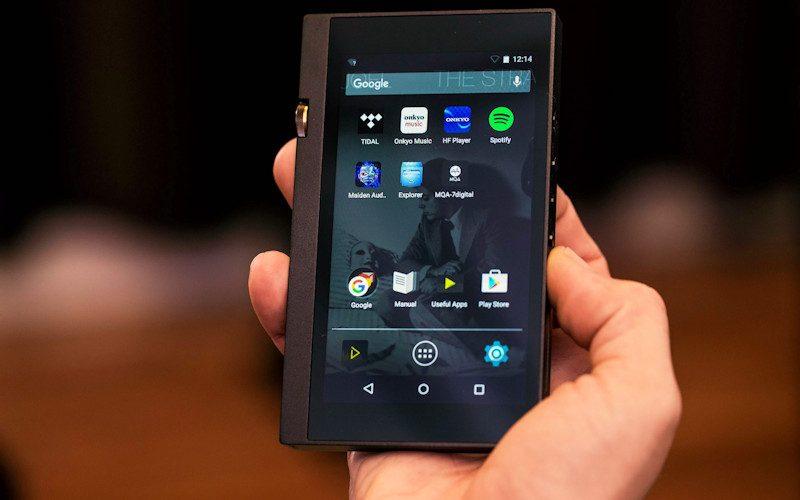 Audio and AV Equipment Reviews, Audio Player Reviews
Published On: June 29, 2016
We May Earn From Purchases Via Links

Steven Stone explores the DP-X1 portable hi-res audio player from Onkyo, which is built on an Android operating system, features balanced output, and carries an MSRP of $899. 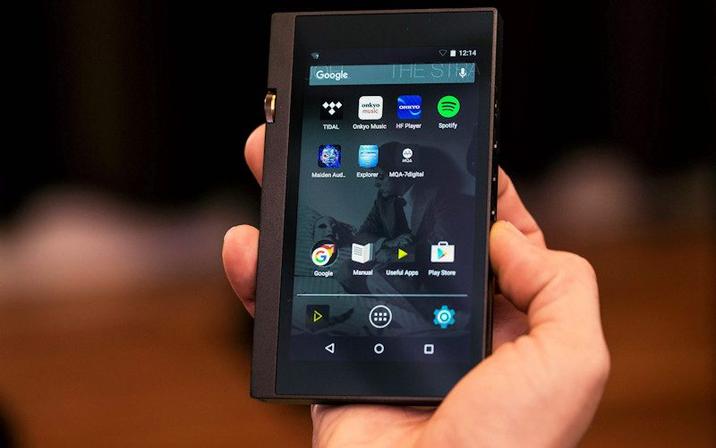 Do you own a portable, high-performance, high-resolution music player? If you answered no, the new Onkyo DP-X1 could change your mind. With a list price of $899, the DP-X1 challenges higher-priced players in terms of both features and performance. If $899 is still too much for your budget, consider the Pioneer XDP-100R, which is almost the same player (minus the ability to drive headphones with balanced connections) and goes for only $699. Also, if one of the major reasons you haven't broken down and bought a player yet is because it could become obsolete in a week or two, have no fear: the DP-X1 supports all the high-resolution formats, including the latest entrant, MQA.

With two ESS Sabre ES9018K2M DACs and two ESS Sabre 9601K amps, the DP-X1 can deliver a balanced output via a 2.5mm connection, which is located to the right of a standard 3.5mm single-ended stereo headphone connection. In addition the DP-X1 offers two balanced drive options, ACG and BT. ACG is short for Active Control Ground drive, which according to Onkyo can deliver "greater stability, increased S/N ratio, and greater spatial dimensionality," as well as "greater delineation for lower frequencies in hi-res audio, and overall robust and taut sound."

Ergonomic Impressions
The DP-X1 uses the Android 5.1.1 platform for its OS, which allows it to have all the functionality of a smartphone except for the ability to make phone calls. You can access the Internet, send and receive email, and keep your address book on the DP-X1 if you wish. Internet access via Wi-Fi also lets you use Google's Play Store to add apps. I added TIDAL and Onkyo's own Onkyo Music store to my review sample. Downloading and installing apps was quick and easy.

If you already use an Android phone, the DP-X1's pages will be familiar to you. Unlike some players with their own customized Android-based interfaces that can limit their functionality, the DP-X1 is open to whatever you want to add. Within the DP-X1's settings, you have a myriad of options for general operation and music settings. Under music settings, you can choose which form of amplification you wish to use (ACG or BT) and adjust the EQ functions, including five presets and an 11-band, user-selectable EQ.

The DP-X1 has three gain levels, but the differences between level settings aren't so great that you can't use "low" with low-sensitivity headphones. The DP-X1 also supports Bluetooth headphones or other playback devices via aptX. Once the player and device are paired, you can send an audio stream to any compatible BT device. Some adjustments, such as the upsampling, digital filters, and DSD upsampling conversion options, are found within the Onkyo music player app via a drop-down menu. While its controls are not as convoluted as some players, some of the DP-X1's more arcane controls are not intuitive in function or location.

The DP-X1 has above average battery life at 16 hours using 96/24 FLAC files and a single-ended headphone connection. Populating the DP-X1 with music was as simple as connecting it to my MacPro's USB 3.0 input. Onkyo has its own file transfer app called X-DAP Link, which you can download from the company's site; however, I used another app called Android File Transfer to move files into the DP-X1.

The DP-X1 can also be used as a "source device" to connect to other USB DACs. You will need a special cable to accomplish this, but Cables to Go (among other sites) has what you will need to make the connection. Once connected you have a multitude of options to send files to an external DAC, including upsampling and different DOP file protocols.

Sonic Impressions
I used a wide variety of headphones with the DP-X1--from hyper-efficient in-ears like the Westone W-60 to the most power-hungry full-sized cans, such as the Beyer Dynamic DT-990 600-ohm version. Even in single-ended mode, the DP-X1 had no trouble driving the DT-990s (with a single-ended connection) to satisfying levels, and with the efficient ones the low-gain modes delivered sound without hiss or hum.

Near the end of the review period, I set up a test to compare the Onkyo DP-X1 against the Astell & Kern AK240. After listening to several of my own recordings via both players, I was forced to conclude that, at least with the three earphones I used (the Ultimate Ears RR, Jerry Harvey Laylas, and Empire Ears Zeus), I could not identify any differences between the two players when they were both playing back my own DSD 5.6 recordings.

I could spend multiple paragraphs detailing the how and why of MQA, but it will be far more efficient for you to look at the videos here. For more information, read Robert Harley's technical article about MQA here. Finally, if you like questions and answers, take a look at this interview with Robert Stuart on Computer Audiophile's site. On the DP-X1, all my MQA files played without any issues. MQA-encoded files also loaded and played just as fast as the regular non-MQA versions.

When I compared MQA conversions of my own recordings with the originals, on some headphones I could not discern any sonic differences, but on those headphones and in-ears that I regularly use for reference--such as the Ultimate Ears RR and Mr. Speakers Ether C--I could hear the improved resolution with the MQA files. For me the improvements manifested by the MQA-encoded files were in soundstage specificity, image placement, and low-level details. It was easier to listen into the mix and differentiate between sounds that were more homogenized on the non-MQA files. High Points
• The DP-X1 can drive any headphone.
• The DP-X1 can play any digital format.
• The player has a lot of file storage capacity.
• It uses an open Android operating system.

Low Points
• The DP-X1's open Android OS can be bricked by "rogue" unsupported apps.
• The battery can be drained if left in pause mode overnight.
• The DP-X1 does not come with a protective case.

Comparison & Competition
At its price of $899, the DP-X1 has few competitors in terms of features and sound. There are several excellent-performing, less-expensive players such as the $699 Sony NW-ZX100HN or the $499 Astell & Kern AK Jr. Both offer even better battery life than the DP-X1, but they have fewer features and drive capabilities, and neither supports streaming services. Priced above the DP-X1, the $1,199 Sony NW-ZX2 has the ability to stream and act as a USB DAC, but it doesn't support MQA files or balanced headphone connections. The $999 Calyx M and Questyle QP-1R are both excellent-sounding players with DAC features, but neither supports streaming music sources or MQA.

Conclusion
If you are the kind of consumer who likes to buy a device and hold on to it for at least three years, almost all the current portable players (none of which support MQA) could feel like less-than-stellar values. Enter the Onkyo DP-X1: it supports all current digital formats, including MQA, and it can stream from any Internet source. It can also drive the vast majority of headphones via its single-ended or balanced connections. While not exactly budget-priced, the Onkyo DP-X1 represents an excellent and well above-average value that could be your constant traveling companion for many years to come. Currently I consider the Onkyo DP-X1 to be the best value in high-resolution portable players.