Onkyo has released a firmware update that adds Spotify Connect to its network-enabled 2014 AV receivers and home theater packages. The company has also released a new control app called Onkyo Remote 3, which is compatible with iOS 8 and... 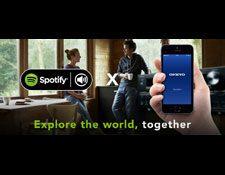 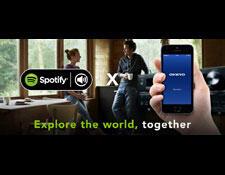 Onkyo has released a firmware update that adds Spotify Connect to its network-enabled 2014 AV receivers and home theater packages. The company has also released a new control app called Onkyo Remote 3, which is compatible with iOS 8 and boasts a lot of new functions.

The update allows Spotify Premium subscribers to stream over 20 million tracks from the Spotify smartphone and tablet application to their A/V component, with the service bolstering a suite of existing streaming options bundled with Wi-Fi-enabled Onkyo home theater products. Spotify Connect also allows users to make calls or use other apps without interrupting playback since the technology is built into the receiver.

Onkyo also unveiled a new and improved iOS 8-compatible app, Onkyo Remote 3, for iPod touch/iPhone, which is also available as a free download via the App Store. The app seamlessly combines control and streaming functionality in one easy-to-navigate User Interface complete with a fresh new “flat” design scheme, allowing users to unlock the full potential of their Onkyo component without leaving the lounge.

Onkyo Remote 3 is compatible with all Onkyo network A/V receivers and controllers manufactured from 2011 (TX-NRX09 and later), as well as the TX-8050 Network Stereo Receiver and CS-N755 Network Hi-Fi Mini System. As well as providing a simple graphical interface for controlling playback and adjusting system settings, the app: