Onkyo has offered a lot of surprises with the company's three new AV receivers. Not only are there features included that are firsts for Onkyo, but they seem to be firsts for the industry altogether. 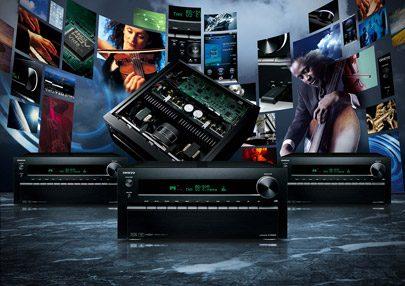 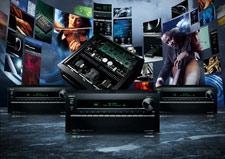 Onkyo recently announced the release of three new models at the top of its A/V receiver line for 2012. The lineup includes the world’s first full 11.4-channel implementation of DTS Neo:X, and the first use of Cisco Linksys’ SimpleTap technology in an audio/video component.

With Ethernet for access to preloaded audio streaming channels such as Spotify, and connectivity for smart phones, tablets, and PC via DLNA or Bluetooth, these receivers are designed for integration into users’ digital lifestyles and to distribute entertainment throughout the home.

Onkyo has been working with Cisco to incorporate SimpleTap that delivers better experiences to mutual broader set of customers. With the inclusion in these three high-end receivers, Onkyo integrates SimpleTap technology into the company’s products. Firmware updates will be available to enable all 2012 Onkyo Network enabled receivers to take advantage of this new technology.

HDMI connectivity has also been enhanced by adding Zone2 HDMI connectivity that removes the need for a secondary analog connection in order to access audio in a second zone. Powered audio is available in up to three zones simultaneously–with multi-zone playback and setting controls managed by remote app.

Signals are then amplified through discrete Three-Stage Inverted Darlington Circuitry, with a triple transistor array that cuts distortion and boosts current flow to the speakers.
This amplifier design capitalizes on the benefits offered by a low negative feedback topology, allegedly preserving the life, vitality, and realism of the audio as it was originally recorded.

The flagship TX-NR5010 is aimed squarely at the avid home theater enthusiast. As part of the THX certification promise, this receiver is designed to deliver the highest audio and video quality. Housed in a rigid chassis with separate anti-resonant aluminum top and side panels, the unit has a massive toroidal transformer supported by two discrete transformers for audio and video processing. With gold-plated audio terminals and speaker posts, this unit is outfitted to audiophile-grade specifications. Like its slightly more powerful sibling, TX-NR3010 also boasts multiple transformers for A/V processing, but features a heavy-duty EI transformer in place of toroidal power. All models feature isolated power and preamp blocks to reduce interference with super-rigid chassis to prevent vibration.

A new Differential DAC Mode and Digital Crossover Processing Network are also included on all three models to optimize performance when bi-wiring and bi-amping the front channels.