When it comes to retail, there is very little new under the sun. Back in the last century, retail chain stores often contacted manufacturers and had special proprietary products made especially for their stores. These "house brands," such as Radio... 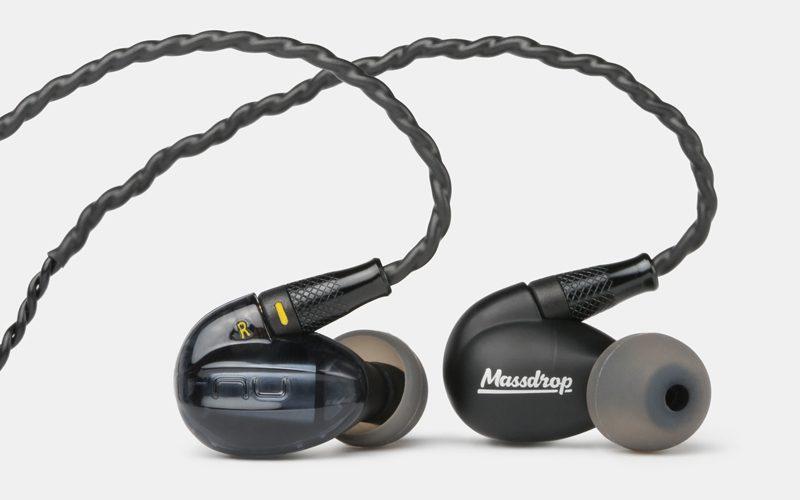 When it comes to retail, there is very little new under the sun. Back in the last century, retail chain stores often contacted manufacturers and had special proprietary products made especially for their stores. These “house brands,” such as Radio Shack’s Realistic brand, were popular with folks who couldn’t bring themselves to pay name-brand prices. The practice still exists today with the Whole Foods 365 brand and Amazon’s Essentials products.

Massdrop has come up with a variation on the house-brand model, which for lack of a better term I will dub the “collaborative brand” strategy. Massdrop commissions major manufacturers to make special versions of existing models and then sells them on its site in “drops”–which are sales that last for a specified and limited amount of time. Massdrop also limits the number of units they will sell in each drop. Partnered with AKG, Massdrop released variations of the K-701 and K-501 called the K-7xx and K-5xx.

Massdrop also worked with Optoma/NuForce for several previous drops of in-ear monitors. The first release that was unique to Massdrop was the NuForce EDC (Every Day Carry) model for $59.99. I reviewed this single dynamic driver in-ear monitor for The Absolute Sound and concluded, “The Optoma/Nuforce EDC ranks as the most carefully designed and ruggedly built budget in-ear I’ve seen … its light weight, compact casing, interchangeable cables, and slightly dark but full-rage sonics combine to make the Optoma/NuForce EDC my current best-buy in-ear monitor for under $80. And at their Massdrop discounted price of $60, the EDCs are, as of right now, at the top of my list of recommended budget-priced in-ears.” I also nominated it for (and it won) The Absolute Sound’s 2017 earphone of the year award. But, since I am an audiophile, I wanted more. Judging by demand (over 7400-plus units sold on the latest “drop”), there’s a real need for under-$100 in-ear monitors that deliver the goods both in sound and build.

Massdrop’s latest collaboration with Optoma/Nuforce is the EDC3, priced at $99. While it shares many similarities with the original EDC, including its enclosure, Optoma/Nuforce says that “the tuning is different…While the EDC has a fun sound with a bit of extra bass, the EDC3 is more neutral and less warm–but still retains its musicality.” Given stiff competition from the likes of 1More and Periodic Audio, Massdrop may have a tougher time selling out the EDC3 drops than it did with the first Optoma/Nuforce offering.

Product Description
The EDC3 is a universal-fit in-ear monitor that utilizes three balanced armature drivers in each capsule. The EDC3 housing is made of smoky translucent blue/grey Lexan polycarbonate. According to the published specifications, the EDC3 drivers are matched to within +/-2 dB, which (depending on how you interpret that spec) could be good or bad. Other pertinent specifications include a 100-dB sensitivity, a 16-ohm impedance, and the fact that the EDC3 has a two-pin replaceable cable connection and comes with both a braided TRS termination and a TRRS (remote/microphone cable). Five sets of ear tips are included, as is a nice protective travel case.

Ergonomic Impressions
I tried all the supplied tips and settled on the larger Comply-type foam tips because they delivered the best seal in my ear canals. As with any in-ear monitor, getting the right fit is vital if you wish to hear them as the designer intended them to sound. Because they are so light, once the EDC3 in-ears are properly seated with the cables routed around your ears, they will stay in place easily. Because I had them available and the bore diameter was similar, I tried my Westone UM-56 custom tips on the EDC3. After a few minutes I decided that I preferred the fit and feel of the supplied large foam tips, so that is what I used for my listening tests.

The interchangeable cables use a two-prong connection that should stand up well, as long as you don’t plan on changing cables back and forth on a daily basis. My experience with this type of connection is that you can expect a reduction in tightness over time, which is good because the first couple of times you switch cables on the EDC3 you will find that the connection requires a strong hand (thumbnail to be specific) to separate the cable from the earphone housing.

Sonic Impressions
On the Massdrop product page, you’ll find plenty of quotes from reviewers about the quality of the EDC3’s sonics. I have to agree with most of them. The EDC3 ranks as the most neutral and reference-like $100 universal in-ear monitor that I’ve used. Compared with my current reference three-driver balanced armature custom IEM, the Ultimate Ears In Ear Reference Remastered, the EDC3 holds its own in many respects. They both produce extremely similar soundstages in terms of width, depth, and specificity. Also, these two have similar harmonic balances, but the Ultimate Ears model does have superior low-level definition, especially at the frequency extremes.

While the EDC3 is sensitive enough that my iPhone SE had no problem driving it to satisfying levels, I found that this IEM does “scale up” when I used a portable player with a beefier amplifier. The Astell & Kern Kann worked nicely with the EDC3. The best sonic results were when I paired the EDC3 with the Sony TA-ZH1ES DAC/headphone amplifier.

High Points
• The EDC3 has replaceable cables.
• These in-ear monitors are light-weight and fit well.
• The EDC3 has a neutral/natural harmonic balance.
• There are lots of tips for multiple fit options.

Low Points
• Noise isolation is good, but it’s not not as good as you’ll get with deeper-insertion in-ear monitors.
• The overall sound is medium-high resolution rather than ultimate high-resolution.

Since sonics are such a personal thing, I will say that all three of these in-ear monitors are good, but each is different. The EDC3 is the most harmonically neutral of the three, but it is not the most dynamic. The 1More Triple Driver had slightly more punch and warmer bass. The Periodic Audio MG had the lushest midrange, but it lacked the definition of the two balanced armature three-way designs.

Conclusion
“Hey kid, got $100 you want to blow on a killer pair of in-ear monitors?” If the answer is yes and you want something that sounds remarkably neutral, has replaceable cables, and will fit your ears like a glove, meander over to the Massdrop site and see if the EDC3 in-ears are currently available. If they are, join the drop, wait (far too long), and you will, in the fullness of time, have a pair of in-ear monitors that will make you smile for a long, long time to come.