If you're in the market for subwoofer, you have plenty of options. The first step to narrow your choices is figuring out how large a subwoofer you will need. If you have a large room, you will need a large... 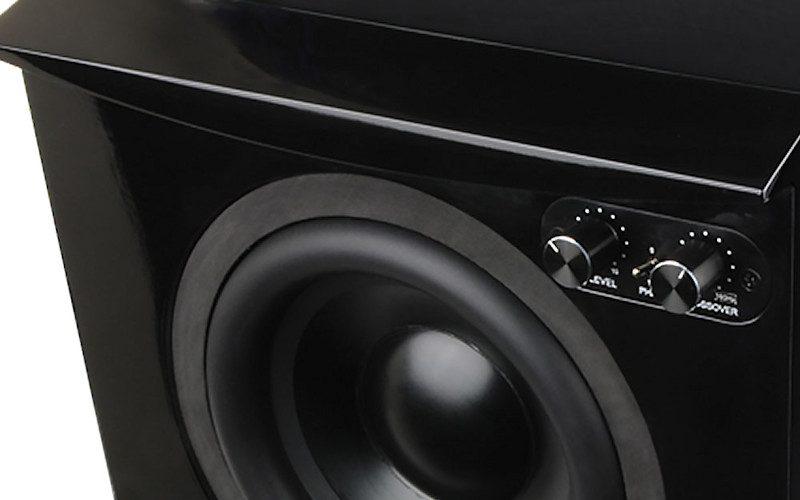 If you're in the market for subwoofer, you have plenty of options. The first step to narrow your choices is figuring out how large a subwoofer you will need. If you have a large room, you will need a large subwoofer, especially for home theater applications--something like the Origin SUB12 with its 12-inch driver, ported enclosure, and Class D 250-watt amplifier. But what if you only need a subwoofer for your computer-based nearfield system in a smaller room? For that setup, the $615 Origin SUB8 could be a better and much less expensive option. But can a sealed-enclosure subwoofer with only an eight-inch driver deliver a satisfying low-bass solution? Let's find out.

The SUB8 subwoofer is the most compact subwoofer in the Origin Acoustics lineup. Its published frequency response has a 32-Hz (+/-3dB) low point. Driven by a Class D 100-watt amplifier, the SUB8 has two knobs on its front panel. One knob controls the output level, while the other adjusts the crossover's low-pass filter from 40 Hz to 160 Hz. The SUB8 cabinet measures only 12 by 12 by 12 inches, with all its connections located on the back. The SUB8 has line-level and speaker-level inputs, as well as a direct LFE input that bypasses the internal crossover. It also has speaker-level outputs. The cabinet is finished in a high-gloss black finish and includes a removable black cloth speaker grill, as well as four removable screw-in rubber feet. The SUB8 weighs just 22 pounds.

Unlike many subwoofers that require more than one human to set up due to their weight and size, the SUB8 was easy to set up and position. It replaced an Aperion Bravus 8D ($399) that resided under my computer desk. Installation was simple: remove the Bravus, slide in the SUB8, put four spikes under it, attach a pair of RCA cables from my preamplifier, and adjust the level and crossover settings. That was it. I was done.

After a break-in period of several weeks, I ran subwoofer sine-wave sweep tests using the AudioTest App on my Mac. In my nearfield setup with the subwoofer on the floor only a foot away from my knees, the SUB8 barely made it to 50 Hz before the volume level dropped precipitously. Due to its compact size and sealed configuration, it's not surprising that the SUB8 has limited low-bass capabilities. However, if you require a subwoofer that can handle low frequencies between 50 and 20 Hz, the SUB8 will not be adequate for your needs.

The second issue I had with the SUB8 was that, with some more efficient monitors such as the Joseph Audio Prisms, I could not raise the subwoofer's output level so that it was adequate to mate with the monitors. Also, with monitors like the Aerial Acoustics 5Bs, the speakers themselves extended almost as deeply in the bass as the SUB8. Adding the sub did little in the way of extending the bass response; but, when turned up, it did muddy up the low-frequency presentation slightly.

My third issue with the SUB8 was that it has only one built-in low-pass slope in its built-in crossover. With several of the monitors I used, I would have preferred a steeper slope that could have prevented the SUB8's upper-frequency bleed from interfering with the monitor's low-frequency signal. Although you could use an external crossover easily by connecting it between a full-range line-level feed and the SUB8's LFE input, I doubt that many potential users will want to employ this option (also, routing LFE signals into the SUB8 will have limited effect due to its truncated low-frequency extension).

So, what did the SUB8 do right? Well, it was easy to meld its bass response with smaller two-way mini-monitors such as the Role Audio Kayak, where the SUB8 added just the right amount of lower-midrange and upper-bass weight to the overall harmonic presentation. Also its compact size allowed it to be placed in spots where a larger subwoofer simply would not fit. Finally, placing the sub's controls on its front panel instead of burying them in the back made adjusting the SUB8 and making minor adjustments far easier than on subs where the adjustments are on the back of the subwoofer.

High Points
• The SUB8 is very compact and easy to place.
• The controls on the front panel make the SUB8 simple to adjust.
• The SUB8's build quality is first class.

Low Points
• The SUB8 did not extend below 45 Hz in my setup.
• The SUB8 needed more gain when mated with highly efficient loudspeakers.
• The SUB8 lacks options for different crossover slopes.

Competition and Comparison
If you need a subwoofer to energize a mid-size or larger room, you would be much better off with the Origin SUB10 or SUB12, both of which can extend lower and play louder than the SUB8. Another option, if you require an especially small-footprint subwoofer, would be the Aperion Audio Bravus 8D ($399). The Bravus was installed in my nearfield computer-based system prior to the Origin SUB8. The Bravus 8D can play louder and extends further down into the mid-30-Hz range. The Bravus 8D also has a remote control to adjust its settings.

Conclusion
The Origin SUB8 is a very attractive subwoofer with limited bass extension, power, and gain. It is best suited for music playback in a nearfield listening environment mated with medium-efficiency monitors. With high-efficiency monitors, the SUB8 lacks enough gain to produce adequate levels. Careful auditioning is recommended to make sure the SUB8 delivers adequate bass for your setup.