Our Reviewers’ Guide to Having More Fun With Your AV System

Our Reviewers’ Guide to Having More Fun With Your AV System

Sometimes we can get so caught up in analyzing and tweaking our AV systems that we forget to actually enjoy them. This week, the HTR writers highlight music and movie demos that are just plain fun. 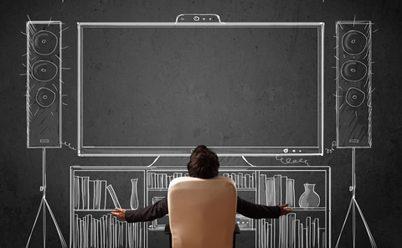 There’s a scene in one of my all-time favorite movies, Bull Durham, where Crash and Nuke are having one of their many arguments on the pitcher’s mound. Crash finishes up his latest speech by yelling at the team, “So relax, let’s have some fun out here. This game’s fun, okay! … Fun, g--damnit!”

In fact, Atmos is what got me thinking about this topic in the first place. I recently sat down to work on my first review of an Atmos setup in my own home. I was auditioning the new SVS Prime Elevation speakers playing the role of height channels in a 5.1.2 setup. I connected the two extra speakers, reconfigured my Onkyo TX-RZ900 AV receiver to finally make use of its Atmos capability, and settled in with a stack of Ultra HD and standard Blu-ray discs.

I spent the day listening to one bombastic Atmos soundtrack after another. After a while, the analytical element sort of faded into the background, and I had a grand ol’ time just listening. To be honest, even though I review AV gear for a living, it had been awhile since I sat down and spent quality time with my AV system, doing the thing I love to do most: watching movies. Sometimes we need to spend less time thinking about our systems and more time actually enjoying our systems.

If you find yourself grumbling a lot about AV electronics, let me ask you this: When was the last time you watched a movie or listened to a piece of music just for the fun of it? Not to test a new component or search for a new demo scene, but just to put yourself in a good mood? Do you make a habit of doing this regularly, or has your system started to languish in the background, giving you that longing look that says, “We never have fun anymore”?

Reviewers are guilty of it, too. When discussing the movie and music clips that we use for reference, we’ll focus on how a certain speaker or amp handles a certain sonic trait at a certain point in the track, but we don’t talk big picture. Those clips may be great for analytical evaluation, but they aren’t necessarily what we turn to for everyday enjoyment. So, I decided to pose this question to our team of reviewers: What movie or music tracks do you turn to when you just want to sit back and enjoy your system? Perhaps their answers can help you spice up your languishing relationship with your AV system.

Brent Butterworth
“Dumb Disco Ideas” by the electro-pop group named Holy Ghost! [exclamation point theirs]. If you have a good subwoofer or tower speakers with big woofers, it’s a real kick to listen to, and it always elevates my mood and reminds me that audio’s supposed to be fun.

Dennis Burger
Given that I’ve watched The Force Awakens 15 times since it came out on Blu-ray (and I’m guessing the sixteenth will probably be this weekend), I think it’s safe to say that one fits the bill as a disc I return to again and again. As for music, it’s probably a tossup between Joanna Newsom’s Ys, Andrew Bird’s Armchair Apocrypha, or this wonderful bootleg recording I have of the Grateful Dead’s show at Swing Auditorium in San Bernardino from February of ’77.

Steven Stone
When I want to enjoy my system I put on Star Trek. Almost any series will do, but I do have a weak spot for Deep Space Nine. If I’m in the mood for music only, I usually choose something from Compass Records, which has never to my knowledge released a bad-sounding album.

Dr. Ken Taraszka
For movies, all of the Pirates of the Caribbean films are well shot and have insane audio, with tons of depth and dynamics. I LOVE Fight Club, and the ethereal nature of the sound is special.

Tori Amos is a staple for me, as there is something about a Bosendorfer piano and its depth that is tough to reproduce--and her recordings are done very well. “Muhammad My Friend” from Boys For Pele has insane piano at the start, and the entire song is a great test for a system.

Terry London
One of my all-time favorite movie scores is for the 1960s movie Alfie, which was composed by Sonny Rollins and arranged by Oliver Nelson. This jazz score features powerfully moving music played by some of the greatest jazz players in modern jazz: Kenny Burrell, Phil Woods, Roger Kellaway, and of course Sonny Rollins, the titan of tenor saxophone.

Scott Schumer
For movies, I’d choose Edge of Tomorrow. The dialogue spans whispers to screams, and the effects range from flying sand to big explosions and jarring thuds. This sci-fi action movie immerses the viewer and engages both visually and sonically. For music, I like Keith Jarrett’s “Country” from the album My Song. At times it’s contemplative, at times sad, but it’s always a great listen.

Sean Killebrew
For movies, I like Heat, Gravity, Quantum of Solace (the opening), and John Wick (for Atmos). For music, I love Hugh Masekela’s “Stimela,” Muse’s “Madness, Blue Man Group’s “Sing Along,” and anything by Steely Dan.

Yes - Close To The Edge

Jerry Del Colliano
I tend to prefer concept records. While I don’t always have the time to sit and listen to a long album, The Wall is a go-to recording that has pretty much everything in it. Of course, there’s Electric Ladyland. If I am pulling just a track, I might hit up some of the more complex Led Zeppelin stuff, such as “The Wanton Song”‘ or any number of the late 1980s Rush hits.

I also like more mood-oriented stuff, including any number of Thievery Corporation records, Underworld, Zero-7, and Bonobo. It’s loungy, kinda out-there stuff that you don’t have to think too hard about, but it still sounds really good.

Myron Ho
For music, I like The Music of John Williams: 40 Years of Film Music performed by the Prague Symphony Orchestra--the perfect combo of classical sounds and great movie-music fun. Also, any of my old ’80s big-hair stuff like Van Halen, Winger, Ozzy, etc. For movies, you can’t go wrong with classics like The Matrix or The Shawshank Redemption.

Adrienne Maxwell
Speaking of The Matrix, that’s another one of my all-time favorites, and I love to use the Lobby Shooting Spree (chapter 29) as an audio demo. Truth be told, I never even upgraded to the Blu-ray version of The Matrix, so we’re talking standard-def DVD with a Dolby Digital 5.1 soundtrack. But I still love to pop it in to see what any system can do with it. Inevitably I wind up watching the rest of the film because it’s such a great ride from that point to the end.

On the music side, my fun track is Rusted Root’s “Back to the Earth,” which has a very drum-circle vibe to it. As the song’s pace and dynamics build to a fevered crescendo, so too does my enthusiasm. It’s a great track for letting off steam at the end of a long day.

Back To The Earth

Do you have certain songs or movies that you pop in when you just want to enjoy some time with your AV system? Share your picks in the Comments section below.