Outlaw Audio has begun taking orders for the company's Model 975 AV surround sound processor. With it's feature set and price point, the company believe this product could be a revolution. 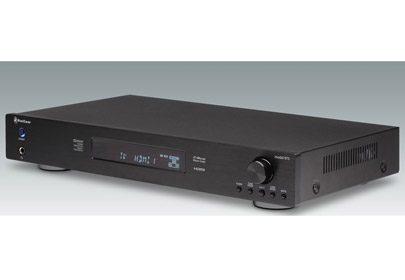 Outlaw Audio has just introduced a home theater surround processor that delivers high-performance for the A/V enthusiast on a budget. The new Outlaw Model 975 Surround Processor allows for the creation of a home theater, without the added complexity and extraneous features typically associated with modern home theater receivers and processors.

Delivering upon that goal, the Outlaw Model 975 supports all of the latest Dolby and DTS formats including Dolby TrueHD and DTS-Master Audio, along with Pro Logic IIz and DTS Neo:6 post-processing. Its precision surround decoding is enhanced by the inclusion of highly flexible bass management controls using Quad-crossover settings from 40Hz to 200Hz with 12dB/octave (2nd order) high-pass and 24dB/octave (4th order) low-pass slopes. Once decoded, the signals travel through an ultra low-noise signal path, driven by a power supply with a compact Torroidal transformer.

The Model 975 has four 3D ready HDMI inputs and an HDMI output with Audio Return Channel (ARC) for sending soundtracks back to the processor from the streaming content on your smart TV. Now, there is no longer any reason to use a separate audio cable for this purpose. In addition to the Model 975's HDMI connections are: two inputs and one output each for component video, as well as legacy composite and S-video inputs and outputs. With the inclusion of these legacy video connections, the Model 975 also employs a 480i to 1080p video scaler that reportedly meets all of the industry standard tests.

On the audio side, there are two optical and two coaxial digital inputs, five stereo inputs, a record output, a low-noise ¼" headphone jack, and a configurable 7.1-multichannel output for use with surround back or front height enhanced speaker systems.

OutlawAudio.com is now accepting orders for the Model 975 Home Theater Surround Processor for $549. As with all Outlaw Audio components, the Model 975 offers our 30-day in-home audition period.