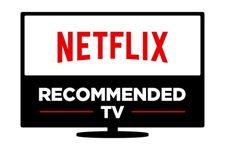 From Panasonic
Panasonic has announced that its full line of 2015 4K UHD Smart TVs have been recognized by Netflix, Inc. with its new "Netflix Recommended TV" designation, which highlights TVs that provide consumers with the best Smart TV experiences. Panasonic's CX850, CX800, CX650, and CX600 Series of 2015 4K Ultra HDTVs all received the "Netflix Recommended" designation--a total of nine models ranging from 50-inch to 65-inch class screen sizes.

• Enabling TV turn-on and launch of Netflix via one press of the Netflix button on the TV remote.
• Quick resume of apps and a return to where the user last left off.
• Firefox OS interface on Panasonic's 2015 TVs which enables easy navigation and switching between apps and inputs.

Enhanced Smart TV Features
Panasonic's 2015 Smart TVs are equipped with cutting-edge features designed to deliver access to the user's favorite content easily without having to perform complex setting procedures or refer to a manual.

Powered by Firefox OS--Through Panasonic's collaboration with Mozilla on the 2015 4K UHD Smart TVs powered by Firefox OS, Panasonic's TV GUI has advanced significantly from last year, making it even easier for users to access quickly the content they want--live TV, devices, and applications from a single gateway. It is also customizable by using the "Pin" function, which allows users to bookmark their favorite channels, devices, apps, web pages for quick access. Firefox OS also offers improved connectivity due to the use of open Web standards and greater flexibility for developers through WebAPIs that enable connected experiences across platforms.

Voice Assistant--Panasonic's flagship CX850 Series features exclusively a new advanced Voice Command feature--Voice Assistant Pro--which performs voice commands spoken directly to the TV without using a remote control. It is capable of performing various operations according to voice commands, such as changing channels and searching for content. All 2015 Panasonic 4K UHDTVs feature Voice Assistant, which enables the user to change channels and search for desired content by simply speaking into the TV's Touch Pad Remote or TV Remote App on their Smartphone.