Consumer electronics research company, Park and Assc. are predicting 1,400,000,000 people for worldwide TV subscriptions by 2013. That's a lot of people watching and paying for TV and or HDTV but nowhere near half of the world's population 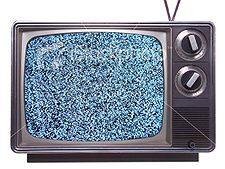 Broadband households in Europe and the U.S. consistently rank primetime anytime VoD services as the most valuable service out of all TV 2.0 offerings, according to Parks Associates' new report Television Services: The Global Outlook.

The international research firm says that primetime anytime services, which allow viewers to watch a show on-demand on their TV regardless of its original air date, will help service providers gain and retain customers in the competitive global market for TV services. The number of households worldwide subscribing to TV services will exceed 1.4 billion by 2013.

"Online video is not robbing primetime of its audience but supplementing it," said Jayant Dasari, research analyst, Parks Associates. "The majority of U.S. broadband households use online video to catch up on their TV viewing, and 36% of those who pay for Internet video content have increased consumption of primetime television. Moving video from the PC to the TV is a natural progression, one that aligns with consumers' current behavior."

Competition among service providers has increased substantially in past few years. For example, while cable operators retain the largest share of the U.S. television service market, subscriptions to telco/IPTV services grew over 110% from 2007 to 2008. Providers can overcome the challenges of this shifting market by leveraging primetime anytime services, which will increase customer satisfaction and create avenues for new revenue-generating service strategies, such as ad-supported VoD offerings.