Pass Labs introduces a total of nine new amps, five Class-A and four Class AB. Four of the amps are two-channel, and four are monoblocks. All the amps boast an increased amount of MOSFETs and low noise and distortion. From... 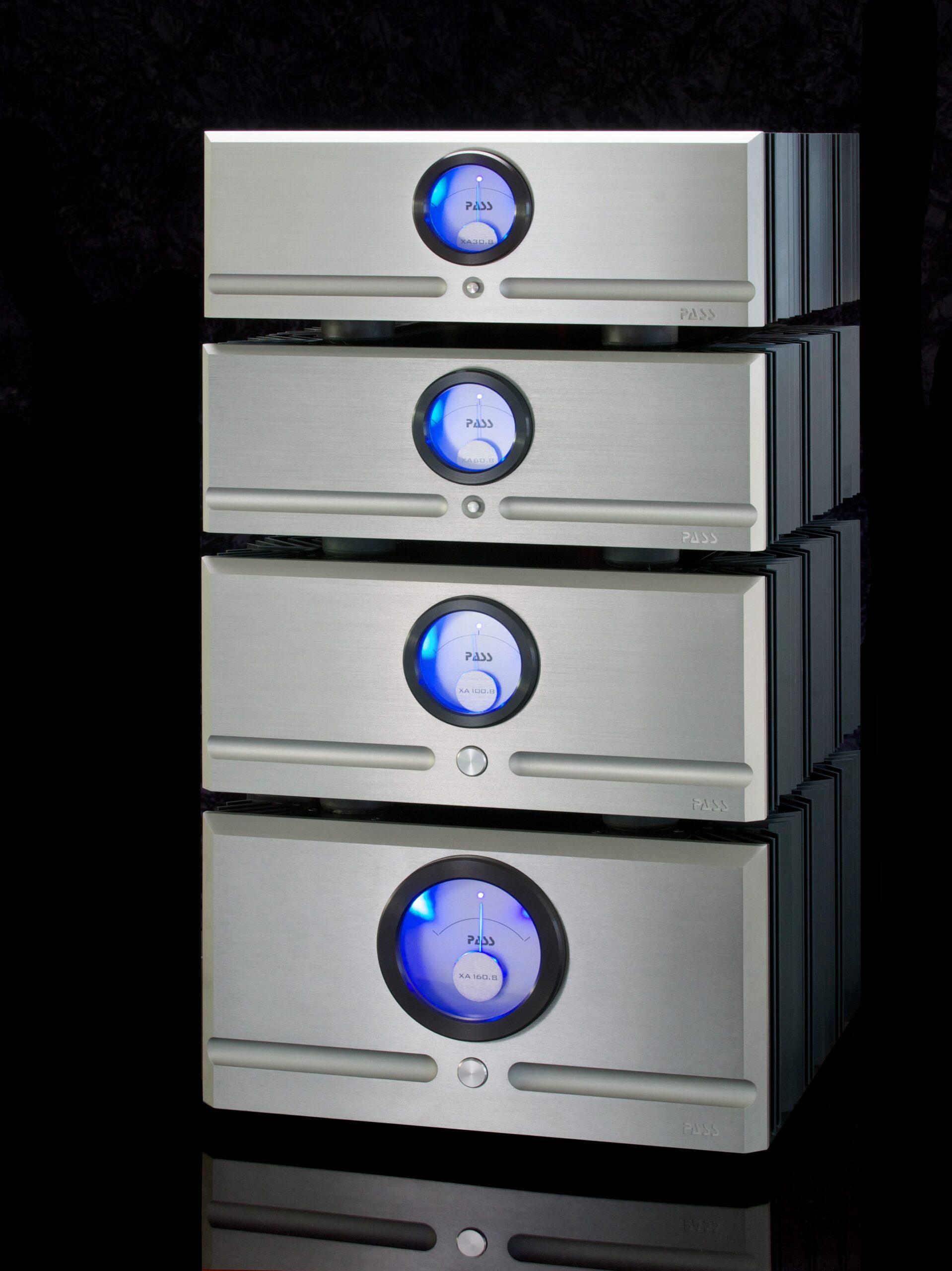 Pass Labs introduces a total of nine new amps, five Class-A and four Class AB. Four of the amps are two-channel, and four are monoblocks. All the amps boast an increased amount of MOSFETs and low noise and distortion.

Point.8 Series amplifiers are models of electronic elegance, delivering more power, fewer stages, lower distortion and less feedback than ever before. They more accurately represent recording venues through a soundstage whose dimensionality does not change no matter the complexity of the material. In addition, the layering of orchestral instruments by Point 8 Amps allows the orchestra to seem present in the listening room, but with more space and air around the instruments, leading to a greater sensation of musical ease and flow. The bass goes very deep, while the highs extend outward without sounding edgy.

Pass Labs' new amplifiers refine superb objective measurements with subjective perceptions. They represent a summation of the company's knowledge of and expertise in designing amplifiers, while elegantly expressing its philosophy of more amplifier, more progress and more music.

Head of the Class-A?Pass Labs successfully increased the amplifiers' Class-A operation by employing higher power Toshiba MOSFETs (metal-oxide semiconductor field-effect transistors) than in its earlier amps. MOSFETs are typically used to convert voltage. Those in the Point.8 Series run at a fraction of their stated specs to enhance both performance and reliability.

Pass Labs also improved the amplifiers' front ends, which house the input and voltage gain stages. Each of the nine Point.8 models has a front end uniquely molded to the specifics of its output stage so that the nine front ends vary in size, voltage, bias current, dissipation, and the distribution of single-ended vs. push-pull bias.

The improvements yield directly coupled (DC) front ends that boast very high stability, low distortion, low noise, 100-Khz open-loop bandwidths, and very high input impedances. Direct coupling in this manner maximizes the performance of each model's output stage, while imparting to each model its own subtle and unique sonic signature. With the Point.8 Series, Pass Labs moves beyond cookie-cutter circuits. Power to Spare? The power supplies are also larger than those of earlier amplifiers. The X150.8, X250.8, XA30.8, XA60.8, XA100.8, X350.8 and X600.8 models have a third more storage capacitance as well as new CRC (capacitor-resistor-capacitor) filtering to round out the edges of the supply ripple.