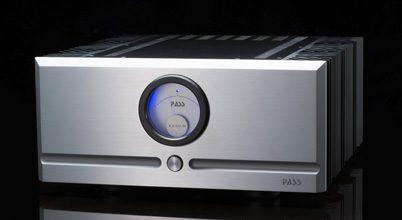 Amplifier Reviews, Equipment Reviews
Published On: November 16, 2015
We May Earn From Some Purchases Via Affiliate Links

When I did my review of the Pass Labs XA60.8 Class A mono-block amplifier, which I purchased for my reference system, I shared the numerous reasons why Nelson Pass has legendary status throughout the high-end community. I also gave the details of my long history (more than 30 years now) of owning his amplifiers and enjoying every musical moment that his designs have provided for me. When I was offered the chance to review the new Pass Labs X250.8 Class AB stereo amplifier, which retails for $9,600 [editor’s note, 12/14/15: Pass Labs has raised the price of this amp to $10,000], I thought it would be a fascinating experience to hear it in comparison with the more expensive XA60.8 mono blocks, which cost $12,800/pair, in the exact same system.

The specific differences between the new X250.8 and its predecessor, the X250.5, are summed up by this statement by Nelson: “Technically, the new X250.8 has a slightly larger power supply (more capacitance), more output stage (56 output devices versus 40), larger heat sinks, and more bias on the front end and the output stage. There is also a larger percentage of its output stage single-ended bias. The Class A output is larger.”

The X250.8 weighs 100 pounds and measures nine inches high by 19 inches wide by 21 deep. Located in the center of the front plate is the large blue light meter, which shows you that the amplifier is running in Class A bias, unless the needle starts to move higher. In my system, no matter how high the volume levels were, the X250.8 never let Class A bias. Underneath, the meter is the on/standby button.

The back panel is where you will find the master power switch, a pair of handles, a pair of single-ended (RCA) and a pair of balanced (XLR) inputs, the IEC power input, and (just like the XA60.8 mono blocks) the finest and easiest-to-use speaker wire terminals. These terminals have large wing nuts that allow you to tighten your speaker wire spades until you hear a clicking sound that lets you know that the connection is secure.

The Hookup
I placed the X250.8 stereo amplifier in my large reference system as a direct replacement for my Pass Labs XA60.8 mono blocks. The system is composed of the following equipment: the Lawrence Audio Cello speakers on speaker platforms from Star Sound Technology, a pair of MartinLogan Depth i subwoofers, the Concert Fidelity reference preamplifier and DAC-040, the MBL reference 1621 CD transport, the Running Springs Dimitri power conditioner, a Krolo Tomo Audio Rack, Harmonix Studio masters power cords, MG Audio silver reference interconnects, and reference copper speaker ribbons. I did not start any of my serious listening sessions until I put about 100 hours on the X250.8 amplifier because it was a new unit that had been shipped to me for review.

Performance
I made a strategic decision to use the exact same musical selections that I had used in my review on the XA60.8 mono blocks. My goal was to make this a total “apples to apples” comparison between the two Pass Labs amplifiers, both in the system elements and the musical selections.

My first selection was the Johnny Griffin Quartet’s The Kerry Dancers and Other Swinging Folk (XRCD Riverside). He is my favorite tenor saxophonist, and I’ve heard him play live on many occasions. As with the XA60.8 mono blocks, the X250.8 amplifier’s noise floor was non-existent. Therefore, all the micro-details and ambient cues could be heard effortlessly and produced a realistic soundstage that accurately represented where the music had originally been recorded. Regarding the tone/timbres of Griffin’s saxophone through the X250.8, it matched the XA-60.8’s natural reproduction of these vitally important aspects of overall tonality.

I wanted to see if I could distinguish any overall macro-dynamics or low-frequency grunt between the more powerful X250.8 and the XA60.8 mono blocks with big orchestral music. The selection I chose to evaluate these parameters was Erich Kunzel’s Orchestral Spectaculars (Telarc)--particularly, Rimsky-Korsakov’s “Snow Madden-Dance of the Tumblers,” which contains thunderous peaks and powerful bottom-end drum explosions. I had assumed that, in these areas, the much more powerful X250.8 would have an advantage. To my surprise, I could not detect any difference in the weight/power between the two Pass Labs amplifiers for this music selection. Both amplifiers nailed this aspect of musical reproduction and gave the orchestra that “middle of the earth” foundation, pressuring my room on the big hits of the kettle drums.

The next musical selection was 3B Hammond organist Larry Golding’s “Ramshackle Serenade” (Pirquet) to see how the X250.8 would handle the high frequencies--the upper-end air and the tonality of drummer Bill Stewart while he uses his brushes against his cymbals. Just like the XA60.8 mono blocks, the X250.8’s upper-end reproduction was grainless, extended, and sweet…just like what the best tube amplifiers have to offer in this frequency area.

I always use Kenny Burrell’s album Midnight Blue (Blue Note) to test an amplifier’s ability to render midrange density of color and liquidity, which should let you totally relax into the mood of this blues-rooted music. The great recording engineer Rudy Van Gelder recorded this album with a wonderfully warm tonality and a close, upfront type of perspective. The X250.8 brought all these virtues to the listening experience and was the sonic equal to my XA60.8 mono blocks.

My final test was to see how close the X250.8 would be to my XA60.8 mono blocks in replicating the natural, yet difficult, sounds of vocals. I cued up Peter Gabriel’s album So (Geffen Records) because the sound quality of this studio recording is superlative in allowing his voice’s timbres/tone to be clearly and naturally heard. This was the first time I detected a very slight difference between the single-chassis X250.8 and the XA60.8 mono blocks. The tonality and color of Gabriel’s voice were at the same wonderful level, along with him being located accurately in the center of the band; however, the slight difference I picked up was that the leading edge of his voice was not quite as precise on the X250.8 as it was on the XA60.8s. I really had to listen numerous times and concentrate to pick up this minute difference.

The Downside
I know nothing is perfect; however, it was difficult to identify any massive shortcomings in the Pass Labs X250.8 amplifier. This powerhouse amplifier will drive any speaker on the market, yet it has the finesse and musical beauty of a pure Class A design. Like the XA60.8, one concern I had was that this amplifier is so transparent that, if you do not drive it with a reference-level preamplifier, you will not get the world-class performance that it can provide.

For someone who is looking to rack-mount the unit, it’s likely too wide. However, this amp is designed more for people who want to show it off next to their reference speakers.

Comparison & Competition
Two amplifiers that would be competition to the Pass Labs X250.8 are the $9,200 MBL Corona C21 and the $10,000 Constellation Audio Stereo 1.0. Quite frankly, comparing the MBL Corona C21 with the X250.8 was a no-contest. Across all sonic parameters (tonality/timbres, soundstaging, and dynamics), I found that the MBL Corona C21 amplifier did not come anywhere near the performance of the X250.8 amplifier. The Constellation Audio Stereo 1.0’s performance was much closer to the X250.8’s in overall dynamics, transparency, and micro-details--and in creating a realistic, large soundstage. However, the X250.8 was qualitatively more pristine in its overall rendering of tonality/timbres across all frequencies and in having an airier, sweeter top end.

A couple other amplifiers that I’m familiar enough with to be able to make a realistic comparison include the Classé CT-M600 mono block, which retails for $13,000/pair, and the Audio Research Reference 75, which retails for $9,000. The Classé CT-M600 mono blocks are simply excellent-sounding solid-state amplifiers. However, they were not as grainless in their overall presentation, and they lack the top-end air and rich tonal colors of the X250.8. The Audio Research Reference 75, even though it is a tube-based amplifier, actually sounded drier and somewhat washed out in its overall tonal colors compared with the X250.8. Another notable difference between the Audio Research Reference 75 and the X250.8 was that the X250.8 created a much more three-dimensional soundstage then the Reference 75--to the point that the 75’s soundstage sounded flat/shallow and lacked air/space around the individual players.

Other amps in the price range that are very strong performers include the Krell Solo 375 reviewed here by Brent Butterworth and the Mark Levinson N° 532. On the budget side, a sleeper amp without the Pass Labs’ good looks but with a pedigree design is ATI’s 6002 for $3,995. Jerry Del Colliano, a fellow Pass Labs owner, says, “The ATI has the industrial design of a Pontiac Aztec” but goes on to rave about its power, performance, and finesse at a price lower than any other amp listed here. Needless to say, there are many fantastic amps to choose from in the $10,000 price range, with the Pass Labs being right at the top of my list.

Conclusion
Now that I have had the pleasure of having both the Pass Labs X and XA .8 Series amplifiers in my system, I have come to the conclusion that this generation of Nelson Pass designs is the best that Nelson and his team have created so far. I was expecting great sonic virtues from the X250.8 stereo amplifier, but I assumed that that the XA60.8 mono blocks would at least be slightly better in their overall performance than the single-chassis X250.8. This was based on two assumptions. First of all, mono blocks, because of their different chassis and power supplies, would create better soundstaging and space around individual players. Secondly, because the XA60.8 mono blocks are pure Class A, they would be somewhat warmer and more full-bodied and grainless compared with the X250.8. But in the area of tonality and overall warmth, I was unable to tell the difference between the two amplifiers. I believe, because the X250.8 amplifier never left Class A biasing, it presented the music with the same overall tonality and warmth in virtually the same way as the more expensive XA60.8 mono blocks. It was a challenge to hear the very minute/slight difference in the area of vocal reproduction.

The X250.8 amplifier is powerful enough to easily drive virtually any speaker in today’s market to any volume level, and it has great overall dynamics and total control over the deepest bass frequencies. Yet when it comes to tonality, colors, midrange warmth, and having an airy, sweet high-end range, it performs like a Class A amplifier that normally would have much less power and watts.

You'll automatically be entered in the HTR Sweepstakes, and get the hottest audio deals directly in your inbox.
Subscribe
Connect withD
Login
Connect withD
7 Comments
Oldest
Newest Most Voted
Inline Feedbacks
View all comments
HomeTheaterReview Rating
Value:
Performance:
Overall Rating:
This is the static ad content. This is just a placeholder for now to get things styled.
Visit Website