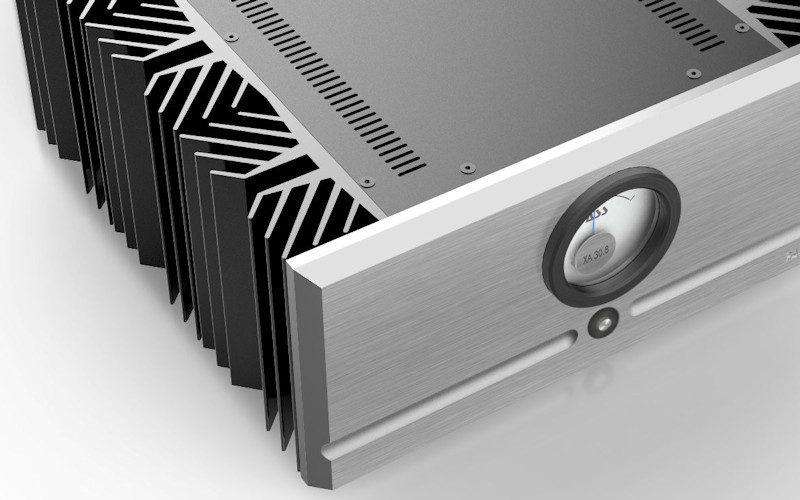 Amplifier Reviews, Equipment Reviews
Published On: September 21, 2016
We May Earn From Some Purchases Via Affiliate Links

Ben Shyman explores the XA30.8 from Pass Labs. This 30-watt stereo amplifier is a Class A solid-state design with an MSRP of $6,800.

Nelson Pass and the company that bears his surname, Pass Labs, has arguably achieved legendary status because educated audio consumers know that the company doesn’t offer mere modest improvements when releasing new products. When Pass Labs steps forward with a new offering, it knows that consumers expect something special. It took seven years of research and development to create the new Point 8 Series of amplifiers, which replaces the older Point 5 Series. I would soon confirm that the $6,800 30-watt Class A, solid-state XA30.8 stereo amplifier would be no exception in the company’s heritage of introducing revolutionary (not evolutionary) offerings. It is the only pure Class A stereo amplifier that Pass Labs makes.

In laymen’s terms, Class A amplifiers never “switch off.” When “on,” they draw a consistent current regardless of volume. This means at any listening level–even on, but not playing music–Class A amplifiers draw current like a faucet turned completely on all the time. A small portion of that current is actually utilized for your musical enjoyment, while the rest is dissipated as heat. Despite such obvious inefficiency in a world full of technological advancements, many enthusiasts still embrace Class A amplification. The biggest question is, “Why?” And what benefits does the XA30.8, in particular, afford that makes its Class A design so special?

First, the aesthetics of the XA30.8 are beautiful, and its build quality seems virtually bomb-proof. To describe it as sturdy or solid is a laughable understatement. The heat sinks on the XA30.8 are noticeably intricate and large, and they offer substantially more surface area than the XA30.5, the model that this amp replaced. The XA30.8’s silver, machined front panel contains a single power button centered below a round bias meter, which is subtly illuminated in blue. Overall, I like this faceplate far more than that of the XA30.5 because it feels cleaner and is understated. Other than the amplifier model number in the bias meter, the faceplate only contains one word–PASS–neatly machined into its lower right corner.

The most significant change Pass Labs made to the electronics of the XA30.8 was applying a higher level of single-ended Class A bias current to the output stage. Said another way, the XA30.8 goes “deeper” into pure Class A mode than the XA30.5. Of course this required the company to add a lot more hardware to the amplifier, most notably those beastly heat sinks, which increases its weight to 88 pounds. The trade-off, in my view, appears well worth it. The just-in-time availability of power in Class A circuitry is one of its attractions, and the XA30.8 provided a remarkable degree of control over my Focal loudspeakers while listening to any music or soundtrack passage at any volume. While I cannot imagine how one could reasonably move the bias needle on the amplifier’s faceplate, I can imagine the amplifier exerting total command and control over virtually any efficient speaker greater than 85 dB.

Some amplifiers are more musical, while others offer precise instrument placement across the soundstage. Some are also quieter than others, something that pure Class A electronics are known for because their simple circuitry eliminates distortion. Many amplifiers are good at one or two these tasks; however, it is rare to find an amplifier–especially at this price–that excels at all of them. The XA30.8 presents music with a tube-like fluidity and tonality that is uncommon with solid-state circuitry. Furthermore, if your source material is good quality (better yet, high resolution 24/96 or 24/192), the soundstage is unwavering and sometimes highly three-dimensional. Instruments are presented in layers front to back in a way that one can almost reach into the soundstage and touch them.

I believe it is a safe bet that the XA30.8 could fool most listeners into thinking it is a tube amplifier, despite it being purely solid-state. I played guitar growing up for the better part of two decades and am a huge fan of tube amplification. I will boldly suggest, probably to the detest of hardcore tube enthusiasts everywhere, that for home audio the XA30.8 will provide nearly all of the enjoyment of a tube amplifier without any of the hassles.

Finally, the XA30.8 is dead-quiet. My Focal Sopra N°1 bookshelf speakers, with beryllium tweeters, are revealing and low distortion in their own right. I found the XA30.8 added virtually no level of perceptible noise to my listening enjoyment. High- and standard-definition albums from Dexter Gordon (Go, Blue Note), Chick Corea (Akoustic Band, GRP Records), Derek Trucks (Joyful Noise, Columbia), Elton John (Captain Fantastic, Mercury Records), Eric Clapton (Unplugged, Rhino/Warner Bros.), Bob Dylan (Blood on the Tracks, Columbia), and Jimi Hendrix (Electric Ladyland, Reprise) were all more musical and enjoyable with the XA30.8 than any other amplifier I have auditioned previously.

High Points
• The sound quality of the XA30.8 provides an ethereal music listening experience. You can sit for hours enjoying the tube-like, highly detailed musical nature of the XA30.8 with virtually no listening fatigue. Your butt will get tired from sitting before your ears will get tired from listening.
• There are certainly amplifiers out there with build quality that’s equal to the XA30.8, but I would challenge anyone to find one that exceeds it. When you open the box and set up the XA30.8, you will quickly realize that it was designed and built to outlive you and be a gift to your children.
• “Tubes without the headache” is a simple way to describe the value proposition of such an amplifier. The XA30.8 is a solid-state amplifier; however, its tone is highly reminiscent of tube amplification. There are many reasons why tube amplifiers are not practical for everyone. Power up the XA30.8, and immediately enjoy tube-like sound with a smile.

Low Points
• If the XA30.8 has a performance weakness, it has more finesse than sheer oomph. While it provides more than the XA30.5, if you lust for the “slam” contained in audio soundtracks of movie scores, you will not find it here to the degree that you will with a high-powered Class AB amplifier or any of the more powerful Class A mono blocks from Pass Labs in the Point 8 Series.
• The XA30.8 does not fit in a standard EIA-310-D (Electronics Industry Association), 19-inch equipment rack that accommodates components up to 18.3125 inches. The XA30.8 is 19 inches wide, meaning it’s too wide. With the changing demographics of the specialty audio business moving toward people who value aesthetics as much as performance, it would be a good idea for Pass Labs to consider accommodating installations in standard Middle Atlantic-type racks.
• You will not find an Energy Star rating on this Pass Labs amp. The XA30.8 steadily consumes 375 watts or a little more than six 60-watt conventional light bulbs. Most consumers today use highly efficient, low-wattage LED and halogen lighting throughout their homes. Three hundred and seventy five watts is likely the equivalent to leaving all the lights on in several rooms of your home. If you are going green, the XA30.8 is not for you. There are Class D amps that “sip” power and sound good; however, they do not sound like this.
• The XA30.8 runs hot and demands space for proper ventilation. After several hours of operation, I was able to press my hand on the heat sinks for only four to five seconds until it became quite uncomfortable. While getting burned is unlikely, the XA30.8 requires careful ventilation and may add considerable heat to your listening area. Prepare to run the air conditioning a little harder in your listening room during the summer, which will further increase energy consumption.

Comparison and Competition
Oddly enough, the XA30.8 has few direct competitors. BCS offers its 60s Stereo Class A amplifier for about $7,500. Lamm Industries manufactures several Class A amplifiers, but they are hybrid vacuum-tube/sold-state designs. Plinius also makes Class A solid-state amplifiers, but all appear to be Class A/Class AB hybrids. The concept is interesting because having the choice to switch and utilize Class AB power is wise for dinner parties where the pursuit of Nth degree performance at the expense of voracious power consumption is just plain dumb. But the XA30.8 is not about dinner parties. It is about enjoying the Nth degree of performance with your closest friends after the party is over.

Finally, First Watt makes products in this space; however, First Watt is the “kitchen table” project of Nelson Pass, now being managed under the umbrella of Pass Labs. Go no further than the company website to realize that First Watt is not a true competitor to Pass Labs because Nelson is offering something arguably even more exotic and unique to an even narrower audience. Prepare to be wooed.

Perhaps the XA30.8 is just the end of the road insofar as value propositions are concerned. While its negatives may be a dramatic turn off to most folks, it could represent nirvana for solely performance-driven enthusiasts.

Conclusion
After spending over six months with the Pass Labs XA30.8 Class A stereo amplifier, I wonder, “Will I ever again purchase another two-channel amplifier?” There is no doubt the XA30.8 comes with several notable drawbacks, but few are performance related–and to me, that is the most important criteria. The performance of the XA30.8 is so special that HTR publisher Jerry Del Colliano and I have joked at times that Nelson Pass should consider renaming this amplifier the XM30.8, with the “M” standing for “magical.” The Pass Labs XA30.8 is the best amplifier I have ever owned. There is no question it is an exotic piece for the few; but, if the negatives inherent to Class A amplification are inconsequential to you and you want solid-state, then audition what this special, one-of-a-kind amplifier has to offer. I guarantee you that you will be amazed, as this is audio esoterica at its cult-of-personality best. Invest with confidence.