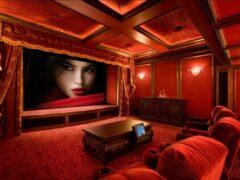 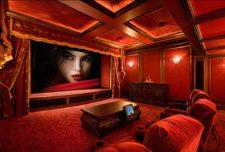 In star-studded Hollywood there are even stars in the world of custom audio video, and Robert Bliss's Bliss Home Theater is one of them. With a client list that includes dozens of studio executives, professional athletes, powerful attorneys and captains of industry, Bliss has one of the best Rolodexes in all of custom AV, not just in Hollywood. Some of Bliss's clients include: Larry Ellison (Oracle), Barbara Streisand (actress/singer), Henry Samulei (Founder of Broadcom, Mighty Ducks), Kurt Russell (actor), Michael Milken (Milken Institute), Keyshawn Johnson (pro football player), Rick Hilton (real estate), American Airlines and many many others. Bliss is known for both their dedicated theater rooms as well as their sophisticated Crestron home automation systems. Amazingly, Bliss offers his clients "concierge service" meaning that for the first year any product is installed it is replaced at no cost if for any reason it isn't performing correctly.