This year saw many new models of LCD and plasma HDTVs hit the market, as do most years. However, this year, there seemed to be notable steps backward in performance. What factors could have created this? 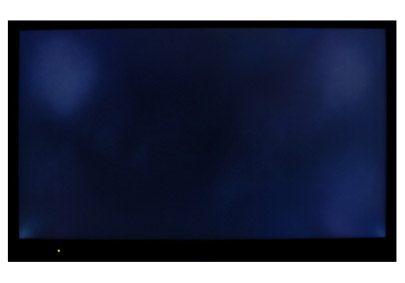 Others may disagree (in fact, I'm sure they will), but I found that LCD performance took a step backward this year, at least by videophile standards. Based on the TVs that passed through my doors this year, as well as reviews I've seen from respected colleagues across the industry, the performance even of top-shelf, high-priced LCDs did not rival that of the better plasmas - particularly in the important areas of black level and screen uniformity.

LCD is clearly winning the retail battle over plasma, and perhaps that is the exact cause of the backslide. Perhaps TV manufacturers have decided that, since "good enough" is good enough for most consumers, there's simply no need to continue spending money on the higher-end technologies that help LCD compete on a videophile level with plasma.

In the early days of LCD TVs, the major performance delineations between plasma and LCD were easy to articulate. When someone asked me which type of display to buy, I could ask a few basic questions to lead them toward an answer: Do you watch a lot of movies in a dark room? Do you watch a lot of fast-moving sports? How bright is your viewing environment? For both movies and sports, plasma was clearly the superior technology, offering much better black levels and much better fast-motion resolution. LCD was really only a good choice for casual viewing in the brightest of rooms, due to its high light output and matte screens.

As time passed, however, LCD made huge strides in performance that allowed it to seriously compete with plasma in the higher-end realm. One development was a higher refresh rate. LCD technology had an inherent problem with motion blur that plasma did not, but the move from the standard 60Hz refresh rate to a higher rate of 120Hz, 240Hz, and beyond has really made motion blur a non-issue for LCD. Depending on how it's implemented, the process of adding frames to produce a higher refresh rate can introduce new concerns, especially with film content, but it has made LCD a great choice for fast-moving sports and gaming content.

Another technological development - the big one, in my opinion - was the move from CCFL to LED backlights and the use of local dimming. Samsung's LN-T4681F was the first TV I reviewed back in 2007 that used a full-array LED backlighting system with local dimming, which allowed the TV to independently adjust the brightness of the different LED zones to suit the content being displayed on the screen. In all-black areas of the screen, the LEDs could be completely shut off to produce an absolute black. Local dimming allowed LCD black levels to get closer to, and oftentimes be better than, those of plasma technology, in which each pixel generates its own light and doesn't rely on a backlight.

Of course, local dimming does have a drawback. Because the LED backlights aren't a 1:1 ratio with the number of display pixels, the dimming is imprecise, creating a glow around bright objects (some reviewers refer to it as a halo or blooming effect). Some LED/LCD TVs perform worse in this respect than others. Better local-dimming models often let you dictate how aggressive you want the local dimming to be in order to minimize the glow to a point where it's a non-issue, but in lesser-quality models, the glow could be a real concern.

All of the major LCD manufacturers began offering full-array LED/LCDs with local dimming, and that's when we really saw LCD performance catapult into the videophile realm. But then another trend emerged that significantly altered the landscape: edge LED lighting. Instead of using a full array of LEDs behind the LCD panel, manufacturers began to only put LEDs around the edges. The edge-lit design allows for a slimmer, lighter cabinet, better energy efficiency, and cheaper production costs, but it introduces a potentially significant performance problem in the area of screen uniformity. An edge-lit LED/LCD must direct light inward to cover the entire screen, and you'll very often notice that certain areas of the screen are brighter than others. Light will often leak from the edges, especially the corners. Consumers will complain that their brand-new edge-lit TV looks "cloudy" in darker scenes and think their TV must be defective. Nope, that's just a potential and, I'm afraid, very common problem with this type of display ... even the expensive ones.

You may not notice screen-uniformity issues with bright sports and TV shows, but you'll definitely notice it with darker film content. To minimize this issue and get better blacks for movies in a darker room, you have to turn the LCD's backlight control way down, which robs the image of brightness and contrast. A new form, "local dimming," emerged for these edge-lit displays that, when done well, adjusts the edge zones to help improve black level and contrast and to minimize screen-uniformity issues. However, it is usually only available in the most expensive LED/LCD lines, and it's even less precise than the full-array version.

In the past few years, we've seen the number of edge-lit models increase dramatically and the number of full-array models dwindle to a few. Samsung has officially stopped making full-array LED/LCD TVs, and this year the company dropped its edge-lit "local dimming" even from its highest-end TVs. Toshiba and Vizio did not release new full-array models in 2012. LG and Sony only offered it in their top-shelf lines (the LM9600 and HX950, respectively). While I did not do hands-on reviews of either of those products, the LG earned only average marks from other publications. The Sony fared better; in fact, Sony's two highest-end LCDs (the full-array HX950 and edge-lit HX850) earned some of the best performance marks in the LCD camp this year. Of course, we can't overlook Sharp's Elite brand, which uses full-array LEDs with local dimming; these TVs have received rave reviews for videophile-worthy performance, but Sharp did not introduce new models in 2012. These Sony and Sharp LCDs carry very high price tags, higher than the much-lauded Panasonic VT50 plasma that many have said is the best TV performer in years (my own review is coming soon, and I would agree).

Yes, full-array LED with local dimming appears to be on its way out, in all but the most elite (so to speak) LCD TVs. Again, though, that fact hasn't diminished shoppers' enthusiasm for LCD. We reviewer types keep loving on plasma, while most buyers keep shopping for LCD. I'm certainly not suggesting that LCDs are all bad. There are lots of very good LCD TVs in the mid- to entry-level categories. My focus here is on high-end performance for videophiles, the best of the best in terms of black level, contrast, uniformity and accuracy. In that genre, the LCD field seems to be shrinking.

LCD technology still has its advantages over plasma. The cabinets can be slimmer and lighter, and big-screen LED/LCDs are more energy-efficient than big-screen plasmas. Perhaps people still fear plasma burn-in; short-term image retention does still exist, but almost every plasma now has tools like a pixel orbiter or scrolling bar to prevent or counteract this issue. If you prefer passive 3DTV technology, you have to go the LCD route.

Most importantly, LCDs are still capable of a lot more light output for bright-room viewing, although fewer and fewer come with matte screens to minimize reflectivity. In fact, reflective screens are all the rage in higher-end LED models precisely because of their ability to reject ambient light, which helps improve black levels and contrast in a brighter viewing environment. If I were shopping for a TV for my light-controlled family room where I do most of my serious movie/TV watching at night, I'd absolutely go plasma. But, if I were shopping for a great performer my very bright living room, LCD would be my pick.

All of this is to say that, after years of improving LCD performance to better compete with plasma, some LCD manufacturers seem content to return to the days of, "Hey, these two TV types are designed for different uses. Period." I don't think it's a coincidence that three manufacturers that sell both LCDs and plasmas - Samsung, LG, and Panasonic - didn't fare as well, review-wise, in the high-end LCD category. While none would officially comment for this story, their mindset seems to be: if you want to enjoy sports, video games and HDTV shows during the day or in a relatively well-lit room, buy our LCDs. If you want the best dark-room performance and screen uniformity for movies, check out our plasmas. Meanwhile, two LCD manufacturers that don't sell plasmas - Sharp and Sony - continue to offer at least one high-performance full-array LCD to appeal to the videophile crowd.

Strong LCD sales and manufacturer complacency may be partially responsible for these developments, but there is another, less cynical possibility. Instead of putting more R&D and production dollars into LCD, perhaps manufacturers have simply turned their attention to the next big thing in TV. Perhaps the time and money has shifted to making OLED a viable big-screen TV technology. If OLED lives up to its potential, it could outperform both plasma and LCD and usher in a new era for the high-end TV. Unfortunately, some recent reports suggest that LG and Samsung may have cooled on OLED for the time being and are instead focusing on UltraHD. I've already gone on record stating that I think the health of the TV industry would benefit from a new high-end category, but I'm a bit skeptical about UltraHD/4K in the TV realm, particularly because the first sets from LG and Sony are still LCD TVs with edge LED lighting. Will we see the same issues with black level and screen uniformity? "Good enough" may be good enough in a $3,000 display, but a TV that costs over $15,000 had better be exceptional. I'm not convinced that LCD is up to the task, but time will tell as more reviews of these new TVs roll in.