PlayStation 4 owners who like to use the gaming console for AV media applications will be happy to learn that accessory maker PDP has finally introduced a dedicated PlayStation 4 remote control. The new PDP Universal Media Remote for PlayStation... 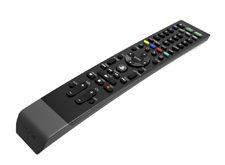 PlayStation 4 owners who like to use the gaming console for AV media applications will be happy to learn that accessory maker PDP has finally introduced a dedicated PlayStation 4 remote control. The new PDP Universal Media Remote for PlayStation 4 is available for pre-order from GameStop and Amazon for $30; it officially goes on sale in October.

From Digital Trends
As the PlayStation 4 gears up for its third year on the market, Sony's console is finally getting an officially licensed media remote from accessory manufacturer PDP.

The PDP Universal Media Remote includes many of the buttons and features offered by traditional TV remotes, and additionally can control console functions accessed via the PlayStation 4's square, circle, triangle, and X buttons. The remote also includes the DualShock 4 controller's Home, Options, and Share buttons, allowing for quick and easy screen sharing via Twitch and other streaming services.

Buttons on PDP's Universal Media Remote also trigger device-specific menu and guide screens. Other features include programmable buttons, keys that enable control of up to four connected devices, and an eject button for the PS4's disc drive.

It took almost two years for the PlayStation 4 to receive an officially licensed remote peripheral after its 2013 launch, and the PS3 received a similar accessory in 2011. Microsoft's competing Xbox One console also has its own media remote that features backlit keys and a comparatively pared-down approach to media browsing.

CEO Of SONY Steps Down