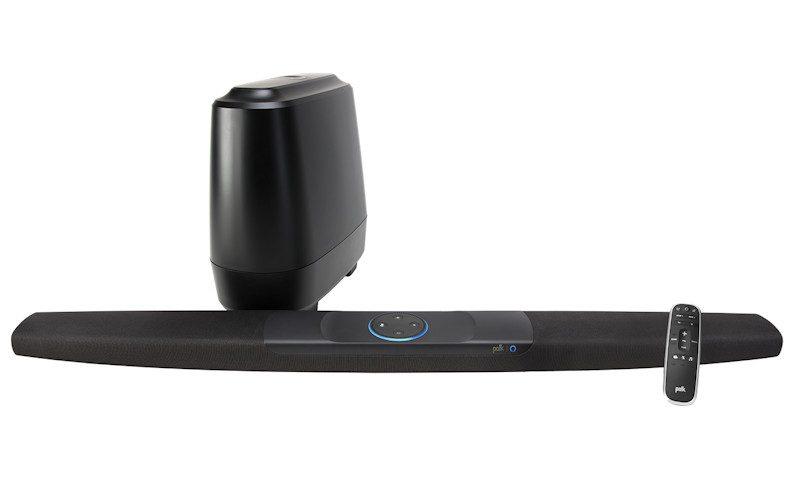 What's not to like about having a digital voice assistant built into your soundbar? Not much, says Scott Wasser. 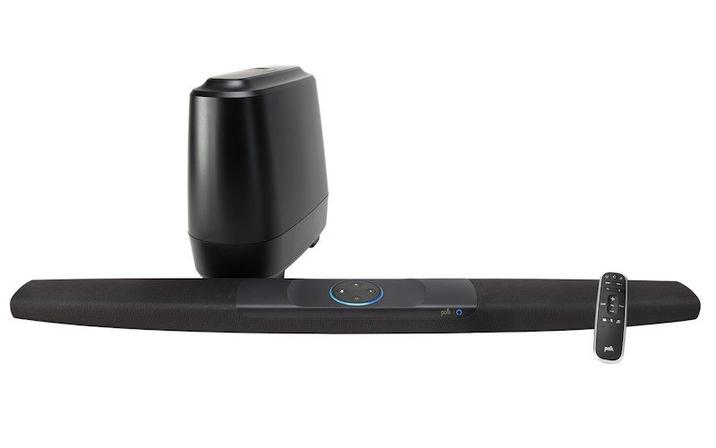 Soundbars have been around since shortly after the first flat-panel displays pretty much destroyed what little hope there was of getting decent sound out of a television set. But soundbars with built-in digital assistants are new. After spending several weeks with Polk Audio's Command Bar--one of the first available soundbars with Amazon's Alexa built in, my overriding impression is this: What took so long? Combining a soundbar with a digital assistant makes as much sense as slapping jelly on your peanut butter sandwich. For one thing, a soundbar's form factor makes it capable of producing better audio than a small, standalone speakers. Also, since soundbars are generally located in an area of the home where most people spend most of their waking time, what better place for a digital assistant? Finally, if the digital assistant is well implemented in a soundbar, it removes one more remote control from the equation.

Polk's Command Bar checks off all of those boxes. Because of those attributes, it quickly became one of my favorite soundbars. It certainly is distinctive, and that would be true even if it didn't look as if Polk got its hands on one of Amazon's Echo Dots and somehow figured out a way to meld it into the middle of a soundbar.

Even without that hockey puck with the glowing ring at its center, the Command Bar would still look distinctive. Around 43 inches long, two inches high, and four inches deep at its widest point, it tapers to become narrower at its ends. Weighing just under five pounds and made of attractive matte black plastic with a cloth grille, the Command Bar looks like a boomerang that has somehow been straightened out. The slender soundbar features a 160-watt amplifier and a pair of three-inch full-range drivers flanked by a pair of one-inch tweeters. The ends of the soundbar are ported to provide enhanced bass output.

The real beauty of its design is that it fits so easily at the foot of just about any 50-inch or larger display. The included wireless subwoofer, with its elongated oval cabinet, is equally easy to place. About 14.5 inches high and deep and just 7.4 inches wide, it tapers gently toward its top and looks different than any other sub I've seen. It looks more like the conning tower of a submarine than a conventional subwoofer.


I liked the Command Bar system's styling, but it's polarizing enough that some may disagree. I can't imagine much disagreement, however, with my assessment that the system sounds pretty darn good ... especially given its current street price of around $250. Its greatest audio attribute is probably the clarity it brings to movie and television dialogue. Without any adjustments, I was able to hear most of the mumbling in Sicario: Day of the Soldado without turning up the volume. When things got really tough to hear--in other words, nearly every time Benicio Del Toro was delivering his lines--I boosted the midrange by turning up the "Voice" control equalizer on the Command Bar's intuitive IR remote.

Sicario: Day Of The Soldado - Trailer

There are also one-touch button presets that adjust the sound for Sports, Music, or Movies. Another control on the remote adjusts bass. Even maxed out, the 100-watt, ported, 6.5-inch subwoofer is not going to deliver explosions concussive enough to loosen fillings. But given its size, I was actually pleasantly surprised how much punch is packed by the Command Bar' sub. For example, I felt as well as heard the thumping of the helicopter blades in several Sicario scenes, which helped immerse me in the action.

I was pleased with the Command Bar's musical capabilities, too. The brass in UB40's version of "I Shot the Sheriff" was distinctive and clean. Loren Allred's rendition of "Never Enough" for The Greatest Showman was mesmerizing.

And I was ready to run off and join the circus when I heard Keala Settle belt out "This is Me" in the same film. The Command Bar did an admirable job of rendering her dynamic performance.

Then again, what else would you expect from a Polk speaker system? Polk is one of the best known and best-selling speaker companies in the U.S., and it built its reputation on delivering solid sound. What it hasn't built--until now, that is--is a soundbar that you can talk back to without seeming like a lunatic.

In this case, that means much more than what appears to be an Echo Dot embedded in the center of the soundbar's top deck. It is evident from its implementation that Polk worked closely with Amazon on its Alexa integration. The Command Bar not only has Amazon's increasingly familiar Alexa logo right alongside the Polk name, it also works just like conventional Echo devices, though it does lack some of their features. Using voice commands, it will play your favorite tunes, tell you the current temperature, order items from Amazon, and operate Alexa-enabled devices such as light switches, wall plugs, thermostats, and more. What it won't do is make call, drop-in on other Echo devices, make announcements, support named timers or reminders, custom alarm sounds, or multi-room music (although the latter should be available in Q1 2019). And it won't respond to alternative wake words.

But because it's integrated into a soundbar, this Echo device is capable of more. Using voice commands--no more fumbling with the remote in the dark while watching a movie--It can turn up the volume, adjust the bass, switch inputs, and even play a show you want to watch on Amazon Prime Video or other services if you've got a compatible streaming device such as Fire TV

During the several weeks I spent with the Command Bar, it never missed a beat ... of my voice, that is. Its Echo-looking centerpiece features a far-field microphone array that did a remarkable job of recognizing every voice command I gave it. Every one. I had my wife and 18-year-old son also give it commands, and it always recognized them, too. That was true whether our commands came from a couch in front of the TV or about 20 feet away in the kitchen. If there wasn't a racket going on in the house, I didn't even have to raise my voice to issue commands. And somehow, Alexa heard me even when I gave commands while a movie was blaring. You'd expect as much from a digital assistant built into a soundbar, but it was nevertheless surprising that the voice recognition worked so consistently well.


As of this writing, Polk's Command Bar has three director competitors, meaning soundbars with Alexa built in: the Sonos Beam and Bose's recently released Soundbar 500 and Soundbar 700. The Command Bar costs 100 bucks less than its least expensive competitor and is the only one of the four soundbars that includes a subwoofer. The Sonos Sub and Bose Base Module 700 are priced at $699; the Bose Base Module 500 is $399.

On the other hand, the Command Bar is the only one of the four that lacks the ability to add satellite speakers for surround sound. Heck, it doesn't even offer a virtual surround mode through digital signal processing, so look to Bose or Sonos if you must have surround sound with your Alexa-integrated soundbar.

Conclusion
After living with the Command Bar for a while, my verdict is that having Alexa built into a soundbar is a pretty great idea. Using voice commands to raise and lower volume and change HDMI inputs might seem gimmicky until you use Alexa to do it

Plus, like other digital assistant-enabled speakers, Polk's Command Bar enables you to verbally choose and stream music while you're doing the dishes, cooking, or just vegging out in the recliner. But it sounds better than every conventional digital assistant I've tried, and I think its location on my TV stand is more convenient than trying to find a good place to put my Amazon Echo.

So, what's not to like about Polk's Command Bar? Not much, really, unless you can't live without surround sound. In that case, I suggest waiting awhile. With the folks behind Alexa, Siri, and Google Assistant determined to help you run your world--while becoming an integral part of it--it's a good bet that soundbars with built-in digital assistants will proliferate in the coming months and years.