Jeff Berman discusses where things stand with the Ultra HD Blu-ray format: the many promising signs, as well as the challenges that remain. 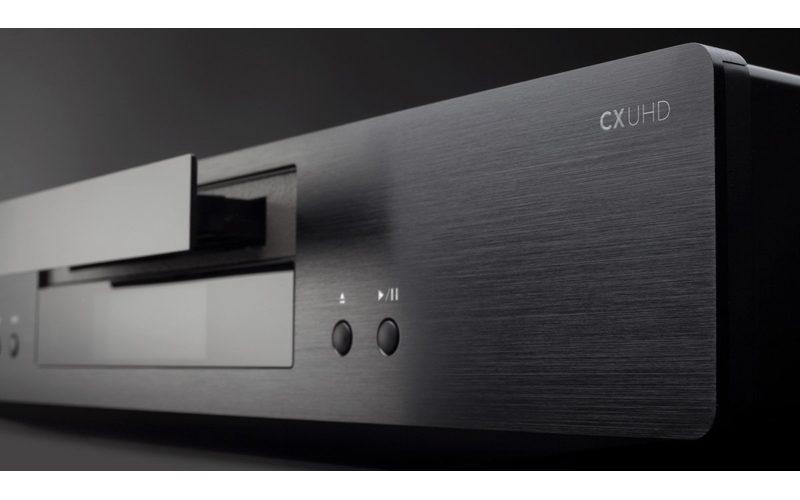 Ultra HD (UHD) Blu-ray entered 2018 with some good momentum behind it, in terms of both sales and support from the Hollywood studios, consumer electronics manufacturers, and U.S. retailers. However, the format still faces challenges on multiple fronts. From its introduction in early 2016, it has been clear that UHD Blu-ray offers 4K TV owners the best option to view 4K content, due to the lack of UHD broadcast content and lingering issues with streaming--including the fact that many households still lack broadband, and the ones that do have it often lack high-enough speeds to eliminate all that annoying buffering.

As with the launch of just about any new format, UHD Blu-ray initially faced obstacles: the lack of titles and the comparatively high pricing on the small number of UHD Blu-ray players that were available. It didn't help matters that, initially, Disney remained on the sidelines, and brick-and-mortar retail stores offered lukewarm (at best) support for the format, with Best Buy among the few exceptions.

Fast-forward two years, though, and (to quote Bob Dylan) the times they are a-changin'--at least in a few significant ways. Upbeat Signs, Part 1: Hollywood Studio Support
On the software front, the most notable positive in 2017 was Disney's decision to finally jump on the UHD Blu-ray bandwagon. That happened last summer, when film director James Gunn disclosed on his Facebook page that Guardians of the Galaxy Vol. 2 would be Disney's first UHD Blu-ray release. Disney soon confirmed that was true and released the movie in UHD Blu-ray on August 22.

Since then, Disney also has released its Pixar animated movie Coco in the format, followed by Marvel superhero sequel Thor: Ragnarok. Star Wars: The Last Jedi is scheduled for release later this month.

Disney was the last major studio holdout on the format, and it's difficult to gauge just how much of an impact the company's support has had on sales of UHD Blu-ray movies. Tom Campbell, corporate director at California retailer Video & Audio Center, said in a phone interview that he believes Disney's support has helped to some degree. "The more titles out there, I think, the more comfortable people feel, and the more secure they feel" about the format. He noted that, when customers walk out of his company's stores, they tend to "walk out with a couple of movies"--although maybe not as many as a year ago because consumers can now buy UHD Blu-ray software at a wider number of retailers.

On a more obvious level, Disney's support has, at the very least, increased the number of titles available in the format. Guardians of the Galaxy Vol. 2 played a role in the increased global sales of UHD Blu-ray software, as reported by the Blu-ray Disc Association (BDA) in January during CES.

Upbeat Signs, Part 2: Increased Software Sales
"We're seeing pretty significant growth" in UHD Blu-ray software sales, especially in the U.S., explained Dan Schinasi, BDA USA promotions chair and director of consumer electronics product planning at Samsung Electronics America. That can be attributed at least in part to the fact that there were more than 250 titles available in the format at the end of 2017--that's more than double what was available a year earlier and a "pretty significant" number, "especially for a relatively new format," he said.

Western Europe is "also expected to see growth" after "a little bit of a late start" with disc and player availability, he said, adding: "Studios are actually starting to pay more attention" to that region. Sales of UHD Blu-ray software totaled a respectable two million in 2017 after the slow 2016 start, and Schinasi said that sales are now expected to "rapidly grow there as well"--to four million this year, six million in 2019, eight million in 2020, and 10 million in 2021.

Upbeat Signs, Part 3: Increased Retail Support
UHD Blu-ray is also "pretty prevalent now at retail," Schinasi said, singling out Amazon.com as a significant supporter of the format. Indeed, consumers can buy just about any brand of UHD Blu-ray player, as well as UHD BD movies, through the online retailer's website.

Best Buy, meanwhile, continues to allocate a significant amount of shelf space in its movie section to the format. At the same time, other national retailers that sell packaged movies--including Target and Walmart--are offering more UHD Blu-ray titles than they did a year ago.

In another promising sign, Redbox is "rolling out a test of UHD content in select markets this summer," company spokeswoman Kate Brennan told me by email on March 4. Additional details aren't available yet.

Upbeat Signs, Part 4: Increased Hardware Support and Sales
Seven hardware manufacturers now support the format in the U.S., up from only one (Samsung) at launch in 2016. The number of manufacturers and players doubled in 2017 and now includes devices from Cambridge Audio (which recently entered the category with the CXUHD pictured at the top of the story), LG, Microsoft (the Xbox One S and X video game consoles), OPPO, Panasonic, Philips, and Sony.

UHD Blu-ray player sales also soared 133 percent in 2017, "more than doubling in sales from the prior year," Schinasi said.

Video & Audio Center is carrying multiple brands of UHD Blu-ray player hardware at its five Los Angeles-area stores, and "our attachment rate right now is over 68 percent," Campbell said. That means "almost seven out of 10 4K sets sold are sold with a 4K player." That's a "pretty good" percentage, he noted.

While "content drives the sales of the hardware," Campbell believes that another thing helping UHD Blu-ray player sales is the fact that pricing of the hardware is "down dramatically" from what it was initially.

Upbeat Signs, Part 5: Major Educational and Promotional Efforts
What stands to help further give the format a lift are the stepped-up educational and promotional efforts planned by the UHD Alliance (UHDA) for UHD overall.

With the vast majority of TVs shipping this year being 4K, UHDA wants to make sure there is a "consistent message going out to the market" from its nearly 50 members, UHDA President Mike Fidler said at CES. He called that a "priority" for UHDA this year, adding: "We don't want to confuse consumers. There's enough confusing things out there already."

An updated UHDA website for consumers soft launched back in October and now has fully launched. The organization also produced new educational videos and a new educational brochure. The UHDA will also be working with retailers on its UHD education campaign this year, he said. "They've told us that consumers are a little confused" about UHD. Part of the goal this year is also "clarifying and demystifying" High Dynamic Range for consumers because of the several versions of it available on the market. He added that the UHDA wants to make sure that consumers know what they need to get the best "premium" experience from a 4K TV.

Consumers also expect "plug and play" with 4K smart TVs, so the UHDA's interoperability group is working on solutions to make sure that's what they get, he said.

Remaining Obstacles
Despite the UHDA's efforts, it may prove to be impossible for its members to fully educate consumers about UHD TVs, UHD Blu-ray players, and UHD Blu-ray movies. After all, a growing number of consumers are buying these products online or at retail stores where there aren't any knowledgeable salespeople around to help. Think about how hard it can be to find a tech-savvy salesperson to answer a question or lend a hand at BJ's Wholesale Club, Costco, or Walmart.

Fidler conceded that it's challenging for consumers to be educated fully about UHD at retail stores where there isn't an educated sales staff around to answer questions and explain what they will need to do to get true 4K content and resolution. The situation, however, isn't much different than what happened with the first HDTVs, Fidler acknowledged, stressing the need for UHDA members to set the right expectations for consumers.

Meanwhile, despite the growing support of UHD Blu-ray at retail, there still aren't a whole lot of UHD BD titles available at stores like Target and Walmart. I visited two stores from each of those retailers in Long Island in late February, and none of them had anywhere near the more than 200 titles that have been released in the format. (The number of titles available at each of those stores, however, was still considerably more than I saw there a year ago.) Target and Walmart didn't respond to requests for comment by my deadline about their plans for the format.

Netflix, meanwhile, continues to remain on the sidelines when it comes to UHD Blu-ray rentals, even though it continues to offer Blu-ray and DVD rentals. The company didn't respond to a request for comment, either. Netflix's support of 4K streaming and its lack of UHD Blu-ray support underscore the largest obstacle that the format faces: the fact that a growing number of consumers are perfectly happy with streaming their content, regardless of buffering and other issues.

At the end of the day, it's only a limited niche audience of home theater enthusiasts (like me and many of you) who even care that a UHD Blu-ray disc offers better picture quality and sound than the same movie streamed in 4K. It may be only a matter of time before all packaged movie formats die off. It has been widely reported that Best Buy is planning to soon drop CDs from its stores; how long until they do the same with DVD, Blu-ray, and UHD Blu-ray discs?

How many of you already own a UHD Blu-ray player or plan to buy one, and do you plan to buy many titles in the format? Feel free to post your comments below.

You'll automatically be entered in the HTR Sweepstakes, and get the hottest audio deals directly in your inbox.
Author
Jeff Berman
When you buy through links on our site, we may earn an affiliate commission. Your support is greatly appreciated!
This is the static ad content. This is just a placeholder for now to get things styled.
Visit Website