PS Audio has announced an operating system upgrade for its DirectStream and DirectStream Junior DACs. Called Torreys, this OS is designed to further improve sound quality, and it adds Roon compatibility. Roon is a subscription-based network music management platform; you... 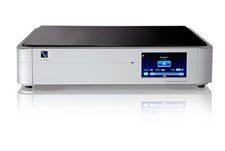 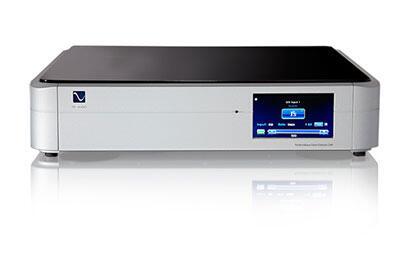 From PS Audio
PS Audio’s DirectStream DAC has, in the last two years, won just about every Product of the Year award that there is to win in the world of audio. Our DirectStream Junior (DSJ) offers the DirectStream DNA at a lower price point while including our Bridge II network card as standard. The DirectStream and DSJ’s FPGA-based architecture allows periodic upgrades of its OS, ensuring that the DAC is not just future-proof, but continually improving.

PS Audio is proud to announce availability of the Torreys OS from our digital guru Ted Smith, for both the DirectStream and DSJ DACs. Torreys not only improves sound quality and functionality, but creates a Roon Endpoint in the Bridge II, making both DirectStream and DSJ fully Roon Ready.

Torreys enables DirectStream DACs with the optional Bridge II network card (standard in DSJ) to utilize subscription-based Roon as an unsurpassed music management system, while sound quality is completely determined by the Bridge II alone. Roon Server must be loaded onto a computer sharing the same network as the Bridge II. Roon subscribers who also wish to subscribe to TIDAL, the premier music streaming service, can now enjoy the best performance of both through the DirectStream and DSJ’s Bridge II.

That’s all that’s needed to enjoy the benefits of Roon!

In addition to improving the sound of DSD and hi-res PCM downloads, Torreys further improves the DirectStream and DSJ’s ability to get the most out of standard Red Book CDs. Many listeners mistake CD playback through the Torreys DirectStream and DSJ for hi-res downloads. This capability enables listeners to derive even more pleasure from their existing music libraries, and provides yet another hedge against obsolescence.

Torreys is named after one of the 53 “Fourteeners” in Colorado, mountain peaks that rise above 14,000 feet in elevation. Previous OS releases Pikes Peak and Yale were also named after Fourteeners, symbolizing PS Audio’s aspiration to ultimate sound quality and continual product improvement. PSers also just love their Colorado home.

Complete details of the Torreys Operating System can be seen here. Torreys is available as a free download, or preloaded onto an SD card (DirectStream) or USB stick (DSJ) for purchase.