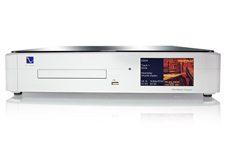 At this week's Rocky Mountain Audio Fest in Colorado, PS Audio will show off the new DirectStream Memory Player. Based on the company's PerfectWave Memory Player, the new DMP incorporates refinements to the Digital Lens, and it adds a USB... 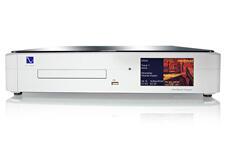 At this week's Rocky Mountain Audio Fest in Colorado, PS Audio will show off the new DirectStream Memory Player. Based on the company's PerfectWave Memory Player, the new DMP incorporates refinements to the Digital Lens, and it adds a USB input, SACD playback, and the ability to output raw DSD. The DMP will be available in December for $5,999.

From PS Audio
PS Audio is proud to announce the World Premiere of the new DirectStream Memory Player.

PS Audio's best-selling PerfectWave Memory Player transport has been the ultimate optical disc transport since its release in 2009, and continues to gather awards year after year. The new DirectStream Memory Player takes all that was great about the Memory Player, adds all that PS has learned about signal processing from our DirectStream and DSJ DACs, and applies it to a unit with a new, bulletproof transport, a USB-stick input, and the ability to play SACDs and output raw DSD to our own DACs.

At the heart of the DMP is a refinement of the Digital Lens, invented by CEO Paul McGowan and Chief Engineer Bob Stadtherr in 1993. Digital Lens ensures that bits emerge in a perfectly timed stream, unaffected by the electrical or mechanical properties of the transport. After eight years of research and two years of development, PS engineering has been able to decrease the considerable memory requirements of Memory Player and improve the timing of digital audio data. The new Lens takes advantage of advances in semiconductor architecture found in FPGAs (Field Programmable Gate Arrays, as used in both DirectStream and DSJ). Using a single large scale integrated FPGA, Bob Stadtherr devised a segmented structure including intelligent RAM, two-way isolated communication with the drive, and near-field output latches controlled by an ultra-low-jitter fixed clock.

In the 17 years since Sony and Philips introduced SACD in 1999, the magic of its DSD layer has been held captive by encryption. The DMP sends raw DSD to our DirectStream and DSJ DACs via a secure I2S connection. For the first time, listeners can hear DSD freed of the constraints of inferior built-in DACs, and the resultant sound quality is stunning.

For most of us with decades' worth of CDs, numbering in the hundreds if not thousands, the incredible improvement in CD playback is the big news with the DMP. Users of the DirectStream DAC already know that its reduction of jitter and immaculate timing allow them to hear CDs better than would've been thought possible in times past. Hi-res files and sources sound as good as one would expect, but the gap between hi-res and CD has been dramatically reduced. The combination of the DirectStream Memory Player and DirectStream DAC will provide world-beating performance at a rational price.

The DirectStream Memory Player will be released in December 2016. Preorders will be accepted beginning in November 2016. The U.S. MSRP is $5,999; international pricing may vary.