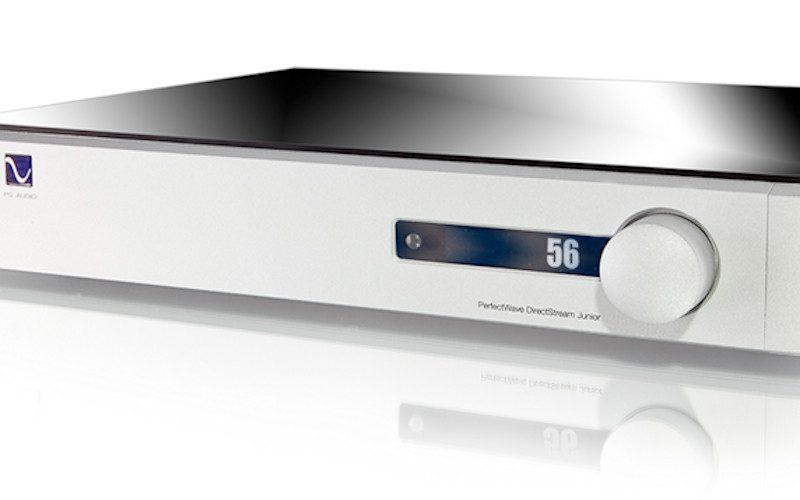 If you ask almost any audio expert about value, they will tell you that the middle-priced product in any manufacturer's product line is usually the best in terms of price/performance/value. Despite this fact, most "mid-priced" products get the least amount... 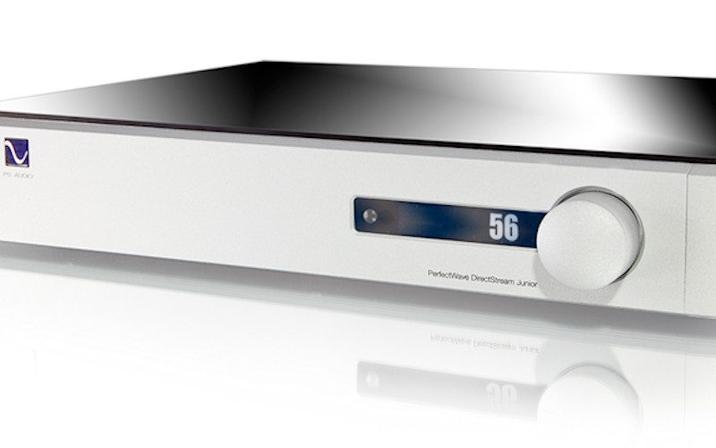 If you ask almost any audio expert about value, they will tell you that the middle-priced product in any manufacturer's product line is usually the best in terms of price/performance/value. Despite this fact, most "mid-priced" products get the least amount of hype or press exposure. The PS Audio DirectStream Junior DAC ($3,999) is a prime example of this phenomenon. Although it has been available for over six months, I've seen only a few reviews of what could very well be the best value in PS Audio's entire DAC lineup.

Product Description
The proper term for the DirectStream Junior would be DAC/streamer since it supports local sources, remote NAS drives, and even streaming services. It has AES/XLR balanced, coaxial, Toslink, USB, I2S, and Ethernet inputs, as well as one pair of balanced XLR and one pair of single-ended RCA analog outputs. The DirectStream Junior has a variable output controlled by the large circular knob on its front panel, plus an LCD display panel. One of the differences between the Junior and its larger sibling, the DSD DAC, is that the latter has a touchpanel that the Junior lacks. All the input, output, and power connections are on the rear panel, where you will also find a dedicated firmware upgrade slot.

The DirectStream Junior supports PCM bit rates up to 24-bit/352.8-kHz and DSD 128 via its AES/XLR balanced, coaxial, USB, I2S, and Ethernet ins--but only 24/96 via its Toslink connection (the standard upper limit for Toslink.) It shares a unique technology with its big brother, the DSD DAC ($5,999 without the Network Bridge), which utilizes FPGA (field programmable gate array) to upsample both DSD and PCM files.

According to designer Ted Smith, "The input, if PCM, is upsampled with standard PCM anti-aliasing FIR filters to 176.4k or 192k. These filters have a steep cutoff to both keep as much frequency range as possible while avoiding any aliasing. This upsampling is done at full precision (66 bits) so there's no loss of accuracy (greater than 144 dB S/N throughout)." The signal is then upsampled to 28.224 MHz (10 times the standard DSD sampling rate) to 30 bits. This is done by upsampling 176.4k PCM by 160x or 192k PCM by 147x. Single-bit 64x DSD is upsampled by 10x and double rate 128x DSD upsampled by 5x. Then the signal is downsampled to 30 bits at 5.6448 MHz (double the standard DSD sampling rate.) Next, a sigma delta modulator with embedded volume control is applied. This input signal is 30 bits, and the volume is accurate to 20 bits. Now the signal is in a one-bit format and is passed from the FPGA to the analog output filter. Instead of a standard op-amp, the DirectStream Junior uses a high-speed Class A video amplifier as the final switch for the single-bit, double-DSD output of the Junior.

The vast majority of PCM DACs require two clocks: one for 44.1 and one for 48. Because both 44.1 and 48 kHz (and DSD) are all upsampled to the same rate, only one clock is needed in the DirectStream Junior. According to PS Audio, the DirectStream Junior uses "a low phase noise, low jitter clock designed for DSJ by Crystek. Using this advanced approach, the need for synchronization is eliminated, jitter levels are reduced."

Ergonomic Impressions
Control of the DirectStream Junior can be done either via its front panel or its dedicated remote control. This remote also works with the PS Audio Direct Stream Transport, as well as several other PS Audio components. It's a nine-inch-long wand that uses two AA batteries and has illuminated buttons for those dark, dank listening rooms.

I employed the DirectStream Junior tethered to my Mac Mini via its USB input, the ELAC DS-S101-G Discovery Music Server connected via S/PDIF, and Roon via the built-in Bridge II Ethernet connection. Setting up the Roon connection was easy since I already use Roon on my main music computer; all I had to do was indicate the DirectStream Junior as a new Roon endpoint, then choose it as the output destination, and I could send anything in my Roon music library (which included my TIDAL account) to the DirectStream Junior.

Sonic Impressions
I lived with the DirectStream Junior's big brother for several months last year, but I did not have it in-house to do any direct A/B comparisons with the DirectStream Junior . during the review period. However, I did have my listening notes and my aural memory. In all respects, the DirectStream Junior is sonically similar to the DSD DAC. Both have a refined treble presentation that rivals a good analog recording. Also, the Junior's overall presentation was closer to what I hear from analog because there was no extra zazz in the upper midrange or lower treble that can add an unnatural hyped-up quality to the music. In my system, the Junior delivered a refined, musical, yet detailed sound that was never aggressive but always involving.

Listening to my own recordings, I was impressed by how well the DirectStream Junior delineated the entire soundstage. Dimensionality was so precise that, on some of my DSD 5.6 recordings of the band Mr. Sun at the Salina Schoolhouse, you can not only tell where each musician was located, but you can also map and locate the sound of a Canon DSLR's shutter that was making photographs during the set.

I was also impressed by the DirectStream Junior's low-frequency extension, control, definition, and impact. On some of my recordings that include a double bass, that puff of air that accompanies low bass notes came through cleanly and clearly. On modern pop stuff, where the bass plays a prominent part in the mix--such as "Chained to the Rhythm" by Katy Perry--the bass was never sloppy or slow, but precisely defined and under control.

I also spent a good deal of time listening to my TIDAL playlists, which include lots of MQA tracks. Although the DirectStream Junior DAC could only do 24/96 on TIDAL "Master" tracks, I found that the sound had a level of sonic finesse and detail that would be difficult to improve upon. No, it was not maximum-bit-rate MQA, but it was good enough that, when I compared several TIDAL versions with my own digital files of the same material, I was hard-pressed to hear any easily discernable differences between the TIDAL feed and the local digital file through the DirectStream Junior.

Low Points
• The Junior does not decode MQA internally.
• For Roon endpoint use, you need a Roon app installed on a primary computer or tablet (which must be a 64-bit-capable device).
• There's no wireless connection options.

For those audiophiles who can't pony up the money for a DirectStream Junior DAC, PS Audio also has its new Stellar Gain Cell DAC ($1,699), which uses different technologies but shares similar basic DNA.

Conclusion
Buying a DAC is tricky. It's far too easy to find yourself with something that doesn't do everything you'd like it to do. The DirectStream Junior can handle virtually any wired digital input and format and can also serve as a preamplifier. The only features that are missing are wireless input capabilities and internal MQA decoding; but, if you use the Junior DAC connected to a computer, the computer can supply the wireless connections and even do MQA decoding from the TIDAL streaming app.