Since CDs are still the highest quality medium for the vast majority of music, a good CD player is still important. HomeTheaterReview.com writer Brian Kahn tests out the PS Audio PerfectWave Transport to see how it performs. 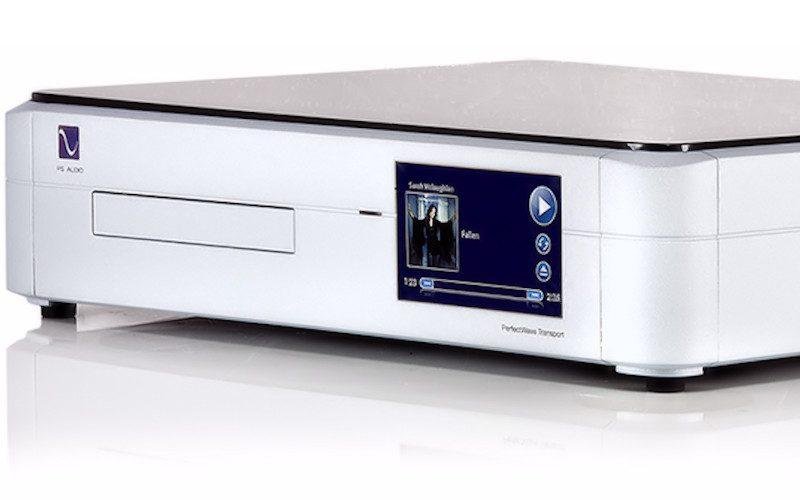 The PerfectWave Transport is different from any other transport I have used, in that it reads the data off of the disc and feeds it into a memory buffer before sending it out. PS Audio also refers to this $4,000 disc transport as a Memory Player, a more apt title, as it hints at what sets this apart from other transports. The PerfectWave Transport will play back WAV files up to 192 kHz/24-bit on DVDs as well as standard CDs. The data is read by a multiple-read drive in a manner akin to Exact Audio Copy (a highly regarded audiophile CD reader) to obtain a bit perfect data stream. The data stream is fed to the Digital Lens' memory (the Digital Lens is PS Audio's jitter reduction device) and then sent out via a low jitter asynchronous clock. The digital output choices are AES/EBU (via XLR), I2S (via HDMI), Coax and Toslink.

In addition to the digital outputs the PerfectWave Transport has a RJ-45 Ethernet connection and SD card slot, something that I have not seen on another transport. The Internet connection allows the transport to obtain and display the CD's cover art and track listing. By creating an account with PS Audio, you can even edit these entries.

The chassis of the PerfectWave Transport is nearly identical to its companion piece, the PerfectWave DAC. The aluminum and steel chassis is available in either silver or black, with a polished black MDF top and large color touchscreen on the right side of the front panel.

Setting up and using the PerfectWave transport was simple, despite the added functionality. I used both the I2S over HDMI and S/PDIF over coaxial outputs. While the sound quality of the S/PDIF output was good and unsurpassed by any other transport or player I have had, the I2S output was noticeably better. The I2S output removed the proverbial veil that we reviewers discuss. Through the I2S images sharpened up and there was more detail, especially with leading edges and gradual decays.

High Points
• Most importantly, the sound quality of the PerfectWave Transport is excellent, with a level of detail and nuance that is a step above the pack.
• The large touch-screen provides data in an attractive manner.
• The touch-screen allows for easy control of the transport without cluttering the front panel with lots of buttons.

Low Points
• SACDs cannot be played.
• The disc drawer feels flimsy compared with the rest of the transport. It's unlikely that PS Audio built the drawer in-house, as the company more likely sourced it from an OEM. This means the issue would be hard to correct, but is still worth noting.
• The touch-screen is not as responsive as an iPhone or touch-screen remote.

Conclusion
As much as we are moving towards computer audio and music servers, disc transports remain an important part in many high-performance systems. Although I have nearly every CD of mine ripped onto my hard drive, I still enjoy perusing my racks of discs for something that suits my mood. Transports are even more important when friends come over to join in on listening sessions. While my audiophile friends are generally pretty tech-savvy, when they bring music over to listen to, it is on disc, not a thumb drive or hard drive.