Delivering on the promise of truly regenerated AC Power - the PurePower 700 is one of the top performing AC power products in the home theater and audiophile market today. Dr. Ken Taraszka takes an in-depth look here. 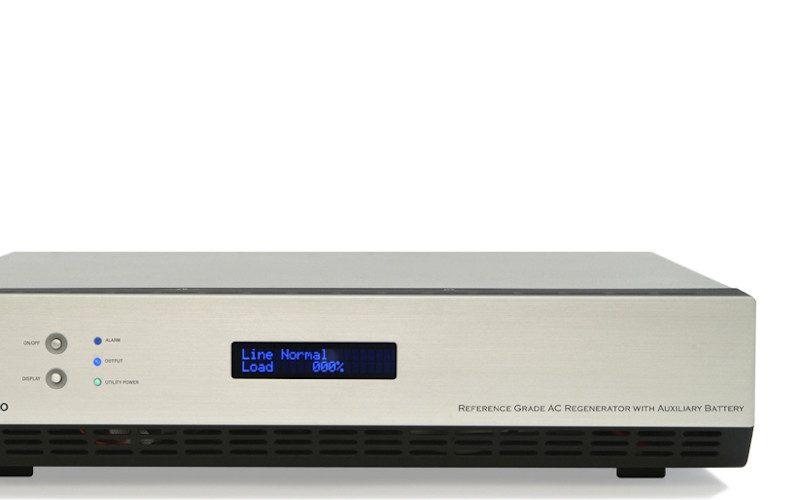 When going for the best sound in a high-end audiophile or high-performance home theater system, every link in you system must be addressed. Far too frequently, seasoned audiophiles and AV newbies alike totally glance over one of the most influential elements affecting the performance of a strong AV system: the AC power itself. It makes perfect sense if you think about it.

Every single component, except your speakers (in most cases, assuming you aren’t using powered speakers) are connected to the AC power and are therefore affected by problems in coming into your home from your power lines and transformers. Major amplifier manufacturers, such as Krell and Mark Levinson, are completely aware of this and have gone so far as to add internal power regenerators into their top-end models to maximize performance. The PurePower APS 700 not only regenerates power to a perfect 120-volt 60 Hertz sine wave, but also offers battery backup, allowing it to be the most comprehensive power solution for the small to mid-sized stereo or home theater for $1,795. The 700 model is designed to output 1,000-volt amps of power in the short term, and 700 continuously.

Thanks to the total power regeneration and the battery backup, the PurePower APS 700 handles all the common AC problems you’ll encounter, including blackouts, brownouts, over and under voltage, interference, noise and surges. With the PurePower 700, your system is totally isolated from the power from the wall outlet. In fact, if you have a flare for the dramatic, you can unplug it while playing your system for as long as the battery lasts. In the event of a power outage, the PurePower’s battery backup feature allows you time to turn off sensitive components, such as projectors, during power outages to protect against excessive wear and tear and premature failure of the components. All you have to do is plug this unit into a wall outlet, plug your components into the eight rear receptacles and power it on. Initially, the battery will need to charge up for best performance, but that can be quietly accomplished in the background while you use the system immediately. The battery backup is not only good for safeguarding your system, it in fact allows this unit to deliver more power than the AC line itself for short periods, using the stored energy in the battery to add to the supplied power. Don’t be afraid to connect your amp or receiver to it, it can take it. You can even add on extra battery packs for longer run times off-line.

Using the PurePower is mindless. Once it’s plugged in, the only thing to do is check the small LED display periodically if you are so inclined. The display will show you the current wall voltage, usage and battery life when running on battery. Should you ever need to replace the battery, it can conveniently be done through the front panel, so you don’t need to remove it from your rack. Power treatment systems such as these don’t just protect you equipment – adding this to your system will truly be an eye-opening experience, with quieter backgrounds, improved detail and transients and better color saturation from displays. I am sure once you try one of these in your system, you’ll wonder how you ever did without it.

Read about the high points and the low points of the PurePower 700 on Page 2.

High Points
• Thanks to the battery backup and total power regeneration, your components see nothing but pure, perfect power and can perform at their absolute best.
• The battery backup allows for increased power over and above what the wall outlet itself could provide, and keeps you from suffering from loss or dips in power as well.
• The sleek simple look easily fits into any system aesthetically and the build quality is superb.

Low Points
• The 700 model is the smallest in PurePower’s lineup, so it might not provide enough power for large systems or huge power amps. If you find this is the case, PurePower makes two larger models. Alternatively, multiple 700s could be used. PurePower also offers a 1050-watt and now a 2000-watt model for larger systems with larger power needs.
• The PurePower 700 is heavy, due to all the power circuits and the battery, so it will require a stable platform to keep it secure.

Conclusion
The PurePower 700 APS is one of the best improvements you can make to a higher-end AV system. Maximizing your power will elevate your entire system to a new level, audio and video will look and sound distinctly better, and all this comes while also adding protection and improving the longevity of your gear. You owe it to yourself to demo this power product, but be warned, once you try it, you won’t ever want to let it go. The improvement you hear and see is not subtle – it’s huge.

You'll automatically be entered in the HTR Sweepstakes, and get the hottest audio deals directly in your inbox.
0 0 vote
Article Rating
Subscribe
Connect withD
Login
Connect withD
0 Comments
Inline Feedbacks
View all comments
Author
Home Theater Review.com
HomeTheaterReview Product Rating
Value:
Performance:
Overall Rating:
When you buy through links on our site, we may earn an affiliate commission. Your support is greatly appreciated!
This is the static ad content. This is just a placeholder for now to get things styled.
Visit Website