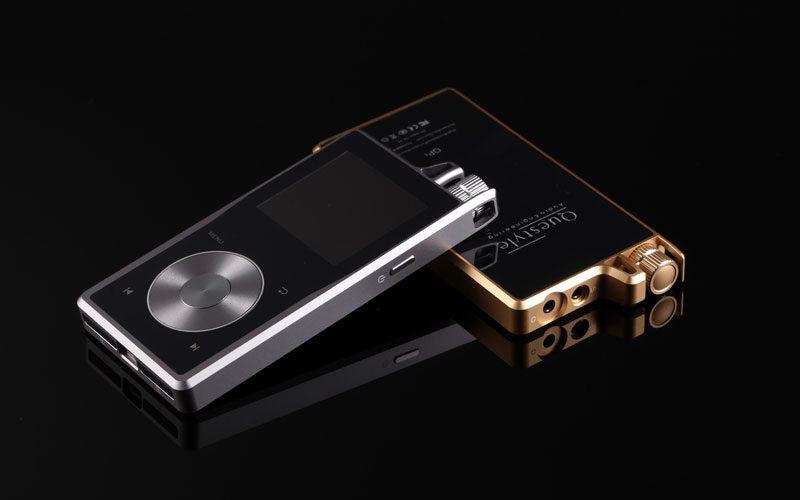 Audio and AV Equipment Reviews, Audio Player Reviews
Published On: November 16, 2016
We May Earn From Purchases Via Links

Brian Kahn explores the $899 QP1R portable audio player from Questyle. This well-built player supports a variety of file types (including DSD), can hold over 400 GB of music, and can drive a wide range of headphones. 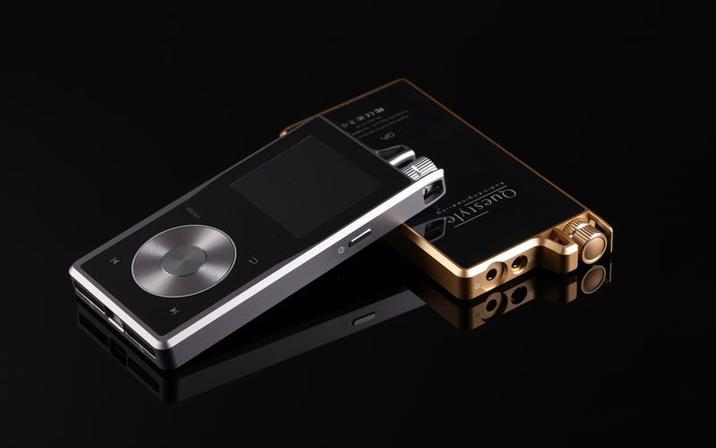 The selection of audiophile-grade portable audio players has greatly improved over the past couple of years, making it a great time for the music lover on the go. Questyle showed off prototypes of its QP1 Series of portable audio players for about a year before their official release at a variety of audio shows, and I was excited to get my hands on the QP1R player when it finally became available. There were originally two players: the "R" or reference version for $899 and the standard QP1 for $599. However, Questyle has decided to only offer the QP1R going forward.

The QP1R arrived in a well-thought-out, cloth-textured box that opens up to reveal the player--which looks like a cross between a new smartphone and a classic iPod. The player is offered with gray or gold casework, which borders black Gorilla glass panels that comprise the front and rear surfaces. Between the machined-aluminum body and the Gorilla glass panels, the fit and finish are extremely good. The front panel has a fairly small, color display at the top and a "steering wheel" below it that is strongly reminiscent of a classic iPod. The "steering wheel" has a button in the center, and there are four flush, touch-sensitive controls flanking the wheel. The top of the unit has a large knob that is protected by "ears"--it looks like it came off of a luxury watch. Perhaps Questyle's designer was trying to elicit a combination of memories?

Next to the volume knob are two 3.5mm output jacks: one is for headphones, and the other is a line-level output that can be configured as either an analog or optical digital output. The bottom has a micro USB sync and charging port flanked by two micro SD card slots. Once you get done looking at the player, you can lift up the top layer of the box to find cables, an optical adapter, the user manual, and a Questyle VIP card. (My thanks to ToughTested for providing me with the micro USB cable that I used to keep the QP1R charged after my no-name cable fell apart. Several months of regular use later, the ToughTested cable has held up well.)

The QP1R is filled with audiophile goodies, such as Class A circuits, Cirrus Logic's CS4398 DAC, an ALPS encoder, Nichicon capacitors, etc. Questyle also borrowed from its home audio lineup with the implementation of "Current Mode Amplification" and 3X clock USB asynchronous transmission. The QP1R can play ALAC, APE, FLAC, AIFF, WAV, WMA Lossless up to 24-bit/192-kHz, and hi-res audio files such as DSD128 and DSD64. The only file type of interest that it cannot play is MQA, and there are very few of those at the moment. According to Questyle, you can use up to a 200GB card in each slot, which coupled with the internal 32 GB of memory gives you a total of 432 GB of storage. That is a lot of music, regardless of which format you decide to utilize.

The majority of my listening was through the Ultimate Ears Pro Remastered in-ear-monitors, but I also used a few large over-the-ear headphones, including the Sennheiser HD 700 and Audeze LCD-XC. The QP1R was consistent in its ability to drive all of the headphones with only a very slight hit in control in the lower regions with the Sennheiser HD 700.

The user interface takes a little while to get used to. While much of the interface is intuitive to anyone who has spent time with an iPod, there were a few small quirks. The thing that took me the most time to adjust to was the scroll wheel, although I understand the current production units have improved the feel of the wheel. The screen is on the small side, but it produces vibrant images of the cover art and crisp text for the track information.

Listening to a DSF file of Billy Joel's "Big Shot" from the album 52nd Street (Sony Legacy), I heard great imaging with plenty of well-placed details throughout. The guitar strings had good, natural texture, and the piano notes had clear, natural decay. With another DSF file, Cat Stevens' "Wild World" from the album Tea for the Tillerman (A&M), the QP1R provided plenty of minute details when partnered with revealing headphones like the Audeze LCD-XC or UEs, including details on strings I had not previously noticed that helped to present a realistic sonic image. With all of the headphones, the QP1R reproduced "Wild World" with a solid yet slightly lush presence. I believe the lushness or warmth to be in the recording, as the Questyle player leans more toward neutral and analytical than toward lush and warm.

The last DSF file I will discuss is Kraftwerk's "The Robots" from the album Minimum Maximum (Parlophone UK). This electronica track features deep, crisp bass, which the QP1R did a great job of reproducing at all reasonable volume levels. I did get some clipping at very high volumes when using the Audeze LCD-XC headphones; and, as I noted before, the Sennheiser HD 700 was a bit thicker in the bass region through the QP1R, compared with Questyle's CMA800i that I previously reivewed.

I'll finish with a track from one of my favorite discs, "Take the A Train" from the Bill Berry & His Ellington All Stars' album For Duke (M&K RealTime Recods). This file is a 16-bit/44.1-kHz FLAC file that I ripped from the CD. I listened to this several times through the Questyle with both the Audeze and Ultimate Ears headphones--while the sound and presentation differed between these headphones, the trumpet and saxophones truly came alive with both, placing me in the music. I soon found my toes tapping and forgetting that I was supposed to be listening critically and simply enjoying the music.

Comparison and Competition
The Astell&Kern AK100 II ($899) is probably one of the more notable competitors. During my brief listen, I found the AK player to be warmer and more tube-like than the Questyle. The AK unit also has more connectivity options and balanced output. This comes down to a matter of preference and which will be a better match for your headphone of choice.

The Sony NW-ZX100 ($699) is another player that adds Bluetooth and NFC connectivity, but no expansion memory other than the built-in 128 GB.

There is an Acoustic Research unit coming to market soon with a Class A operation amp, a long battery life, and over a TB of storage, priced at $1,295 that HomeTheaterReview.com publisher Jerry Del Colliano saw at Rocky Mountain Audio Fest this year and was impressed with.

Conclusion
The Questyle QP1R is a no-frills music player that delivers excellent audio quality. I could easily hear the differences between my Audeze and Sennheiser headphones, and the QP1R delivered much of the amplification performance of the desktop CMA800i DAC/headphone amplifier. The desktop unit had a bit more punch and control with the larger headphones; however, with the more sensitive IEMs, the QP1R kept pace with its bigger brother.