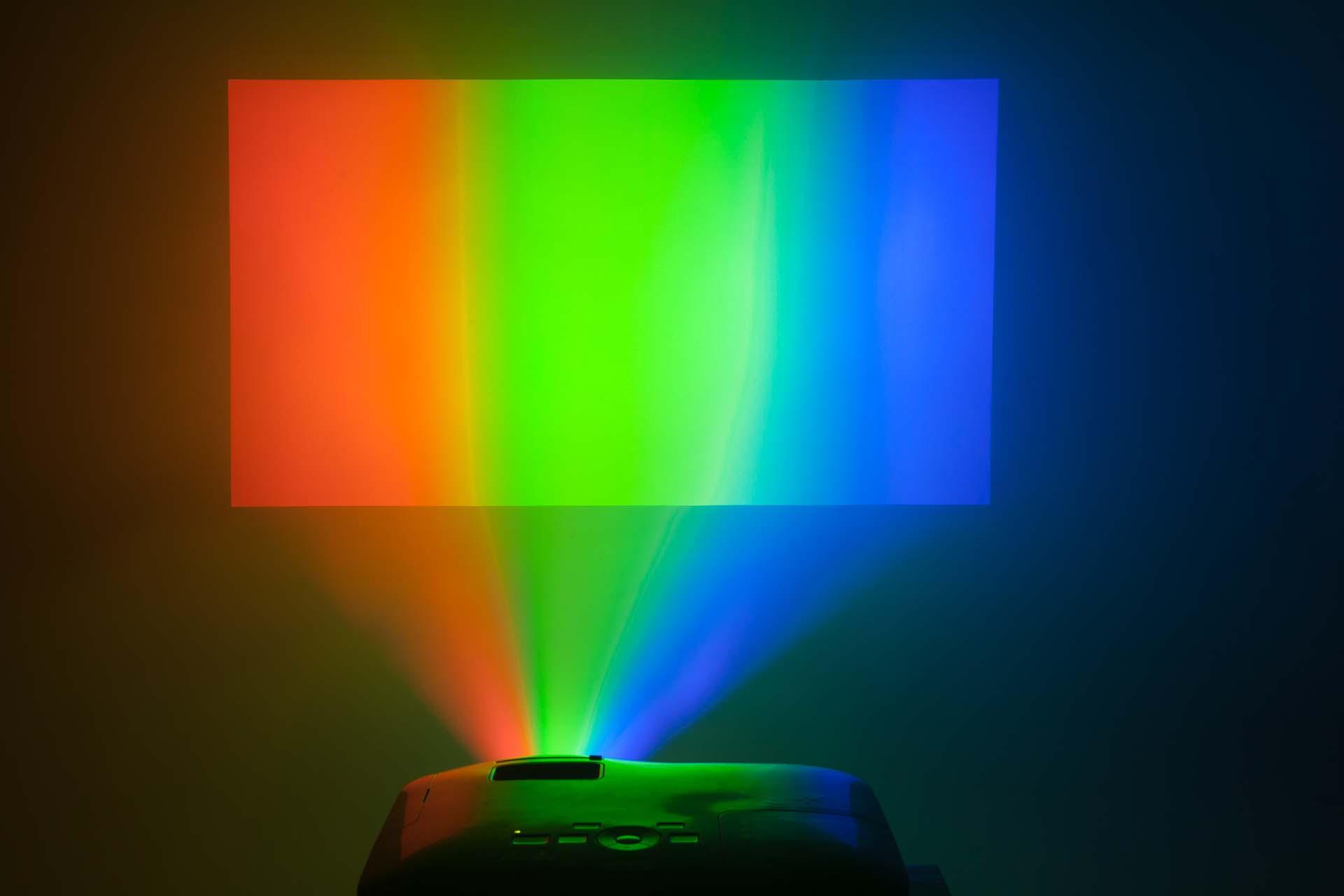 Projector News, Education, Front Projector News
Published On: January 9, 2022
We May Earn From Purchases Via Links

Rainbow effect is most commonly, pretty much exclusively, found in single-chip DLP projectors that use a color wheel to create all the different colors necessary for an image. Occasionally, this process can create rainbows. 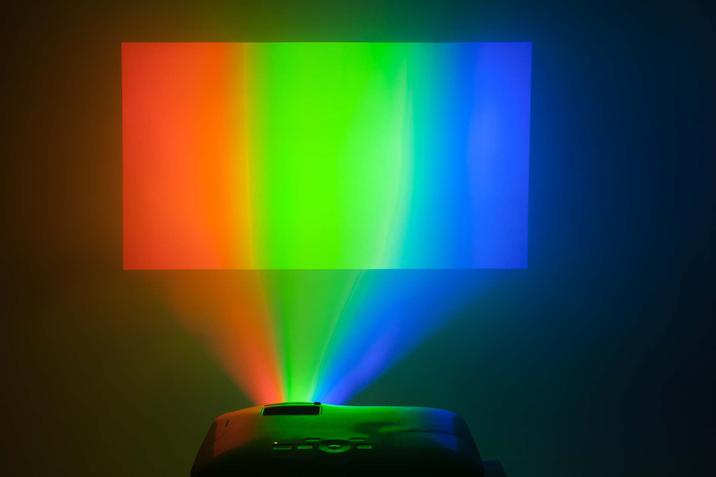 The rainbow effect is a visual artifact that's possible visible on many single-chip DLP projectors. Because with this projector type there is only one imaging chip, color is created sequentially either by filtering a white light source through a spinning color that has different colored segments, or in Some more recent DLP projectors, by utilizing a triple-laser RGB light source that can still produce a rainbow artifact for those who are sensitive to it.

Whether the light source is a white light with the color wheel, or a triple laser, with single-chip DLP the projector needs to create separate monochromatic images for each individual frame. All the red of a frame is flashed on screen, then all the green, then all the blue.

On older and less expensive single-chip projectors, this is done with a rotating color wheel. The "strobing" of the light source through the color wheel segments is done fast enough that your brain combines the projected frames into what appears to be a full-color image. This approach is very cost effective, requiring only one DLP chip versus three (which does eliminate the effect). The cost savings of this approach is why single-chip DLP projectors are otherwise able to offer a high price-performance ratio.

Sometimes the color wheel will include secondary colors (cyan, magenta, yellow), and even a white segment (for added brightness at the expense of color saturation). And beyond that, the speed at which the color wheel spins has an impact on the detectability of rainbow artifacts. The type of color wheel used all depends on the application for the projector, whereas RGB triple-laser projectors are able to deliver full brightness and color saturation without need for filtration, and since there's no spinning wheel, the laser can strobe faster which is what reduced the visibility of the rainbows.

The sequential color action of slower color wheels can be especially troublesome, but fortunately projector manufacturers have sped up the rotation of color wheel to reduce the chances of seein rainbows. The effect itself is most noticeable with bright objects on a dark background, a streetlight for example. Tiny movements in your eyes would make it seem like each bright object had a rainbow to it. Moving your eyes rapidly around the screen is another potential way to see "rainbows."

It is important to note that there are three groups of people when it comes to rainbows: those that can't see them, those that can, and those that can but don't care. There are some people who fixate on the rainbows, and can't think about anything else (the middle group). For these people, we recommend LCoS or LCD projectors instead. Warning: If you can't see rainbows, DON'T LOOK FOR THEM. Why risk being part of group #2?

Most modern single-chip DLP projectors have fast enough color wheels that the rainbow effect is largely a thing of the past—for most people. But it still lurks if you go looking for it, even in the latest and greatest LED and laser DLPs. How how hard or easy it is to spot the dreaded raindow artifact depend on a combination of content, the individual person, and the specific projector.