In the last year, many of the Internet and printed reports on the major stereo shows consistently mentioned that showrooms using Raven Audio gear powering the systems were superlative in sound. Additionally, Raven Audio equipment has received positive reviews... 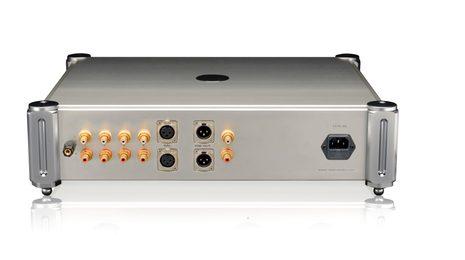 In the last year, many of the Internet and printed reports on the major stereo shows consistently mentioned that showrooms using Raven Audio gear powering the systems were superlative in sound. Additionally, Raven Audio equipment has received positive reviews of its beautiful and physical appearance. This piqued my interest and resulted in my desire to review one of the company’s amps or preamps. I had a lengthy conversation with the CEO/owner of Raven Audio, Dave Thomson, and decided to review the Shadow Reference preamplifier, retailing for $6,995. Raven Audio is located in Groveton, Texas, and only builds tube-based amplifiers, pre and integrated amplifiers. Raven Audio builds 10 different models ranging in price from $1,595 up to $34,950. An unusual aspect is how Raven Audio has a large stock of NOS input/signal and rectifier tubes and ships all its pieces with some of the highest regarded tubes in the history of audio.

The chassis of the Shadow Reference is machined from a solid billet of aluminum with sturdy bronze corner posts, brass trim, and stainless steel screws. The Shadow Reference weighs 25 pounds; its width is 19.4 inches, its depth is 11.5 inches, and its height is five inches. On the front of the Shadow Reference are three knobs: one is the on/off power switch, while the other two control volume and input selection. Behind the preamplifier is a set of input terminals which provide one XLR, three single-ended, and one single-ended phono input. Finally, the ICE input is located on the right side of the back plate. The well-made remote control is constructed out of aluminum. The Shadow Reference preamplifier is well constructed and hand-wired from point to point with silver-plated PTFE-coated conductors with three types of solder that have pure copper buss bars. The tube complement of the Shadow Reference Preamplifier has the following arrangement: 1x 6X4, 2 x 12AT7, 2 x 12AU7, 2 x 6N6p/6DJ8/6922, and 6 x 12AX7. All these tubes are highly regarded NOS, and Raven Audio can provide replacements in the future because of its large inventory stock. Not only is the Shadow Reference one of the most handsome pieces of equipment that I have ever had in my house for review, but the build quality is at the very pinnacle of what is offered, regardless of price, in today’s market.

During the review process, I teamed the Shadow Reference with many tube-based and solid-state amplifiers. Regrettably, I cannot comment on the sound quality of its phono section, since I only use digital gear as a source in my reference system. The Shadow Reference preamplifier turned out to be a music lover’s type of line stage. The purity of timbres/tone and an overall liquidity were the first apparent sonic virtues that I experienced when listening to trumpeter Jack Walrath’s Portraits in Ivory and Brass (Mapleshade). This is a brilliantly well-recorded trumpet/piano/bass trio. The song “Bess, You Is My Woman” came across with a perfectly natural tone that allowed each instrument’s timbres of brass or wood to ring clearly.

When I played Ray Charles’ album “Ray Sings-Basie Swings” (Concord) to see what the Shadow Reference preamplifier could do with a big band regarding macro-dynamics and producing a large and layered soundstage, it came through with flying colors. The soundstage had all the realistic height, width, and depth that you would expect from a big band with Mr. Charles sitting, singing, and playing his piano right in the middle of the orchestra. When the big crescendos came on certain music selections, the Shadow Reference preamplifier drove my system to deliver the punch and power of a big band at full tilt.

My final selection was by guitarist George Cotsirilos and his album “On the Rebop” (OA2 Records), which is a studio recording. This allowed me to see if a preamplifier could replicate the air and space between Cotsirilos’ guitar and his bandmates’ drums and bass. Not only was the space between the players realistically presented by the Shadow Reference, but it also created a three-dimensional image of each player in the trio.

The Shadow Reference preamplifier is extremely well built, beautiful in its appearance, and delivers a reference level of performance across the sonic spectrum. It produces some of the most natural timbres/tonality of any tube-based line stage that I have ever experienced. Besides its great parts selection and engineering, a major contributing factor that allows the Shadow Reference preamplifier to perform at this level is the wonderful NOS tubes that Raven Audio supplies as its stock tubes. If what I shared in the body of the review regarding the sonic performance of the Shadow Reference is what you are looking for in a tube-based preamplifier, I strongly suggest you put this preamplifier on your audition list.

Check out the gallery below to browse all the different gear that Raven Audio offers . . .