RBH Sound has announced an update to its Signature Reference speaker line. Starting at the end of October, all of the speakers in the series will feature an Air Motion Transformer (AMT) tweeter, which was previously only used in the... 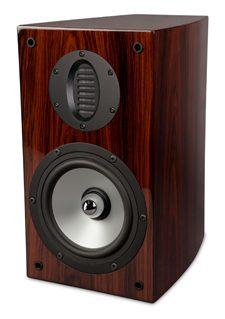 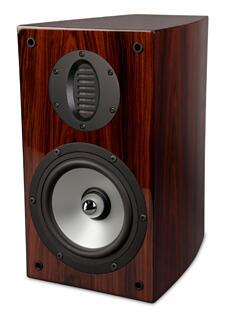 RBH Sound has announced an update to its Signature Reference speaker line. Starting at the end of October, all of the speakers in the series will feature an Air Motion Transformer (AMT) tweeter, which was previously only used in the flagship SV-831 and SV-821C models. Benefits of the new tweeter are detailed in the press release below, and the upgraded speakers will not carry a higher price. However, RBH will also offer a Signature Reference upgrade option, denoted by an “R” at the end of the model number, that includes–for a higher cost–fixed phase plug aluminum cone midrange woofers, the new AMT tweeters, modified crossover networks, and, for RBH’s powered subwoofers, an amplifier upgrade.

From RBH Sound
RBH Sound is further refining its Signature Reference lineup with the announcement of a new Air Motion Transducer (AMT) for the series. The proprietary design, co-developed by RBH and Aurum Cantus engineers, promises extended high frequencies and increased fidelity and is destined for the company’s flagship Signature Reference speaker models.

The new AMT tweeter is a departure from RBH’s long-held tradition of relying on fabric dome tweeters for its Signature Series Reference conventional/freestanding and in-wall models. RBH’s lead engineer, Shane Rich, said, “We have always been pleased with the performance of our fabric dome tweeters, and have preferred them over other tweeter types, including ribbon designs; however, when we finalized the development of this new AMT tweeter with the engineers at Aurum Cantus, we discovered we had just raised the bar and there was no going back. Since we introduced another AMT tweeter model into our larger SV-831 and SV-821C models last year, we have been working closely with them to co-develop this new design and integrate it into the rest of our Signature Reference models to meet the demands and requests from our dealerships and end users. These aluminum conductor tweeters integrate seamlessly with our 6.5-inch midrange woofers and provide a phenomenal sense of spaciousness, lending realism to the soundstage that is second to none. The high frequency response extends beyond 40 kHz, adding a sense of air and detail that surpasses other traditional tweeter designs.” Rich also claimed the new tweeter features a larger surface area compared to traditional dome style tweeters, which results in increased sensitivity, lower distortion and higher dynamic range.

The new AMT tweeter will be available the end of October this year and included at no additional cost for Signature Series Reference models. The RBH Signature “Reference” upgrade includes fixed phase plug aluminum cone midrange woofers, the new AMT tweeters, modified crossover networks to manage the upgraded drive units and, for RBH’s powered subwoofers, an amplifier upgrade. The Signature Reference upgrade option, denoted by an “R” at the end of the model number, comes at a higher cost, promising increased power handling, improved resolution and overall performance.

The Signature SV Series is currently available through the company’s authorized dealer and international distributor network and, for those without an authorized RBH dealership nearby, orders will soon be taken via the company’s web site at http://rbhsound.com.