RBH Sound has introduced a new in-ear headphone, the EP3. Promising an extended frequency response and better noise isolation than its predecessor, the EP2, the new EP3 features 8mm driver elements and tuned ceramic casings, along with an in-line control... 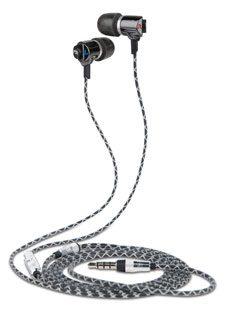 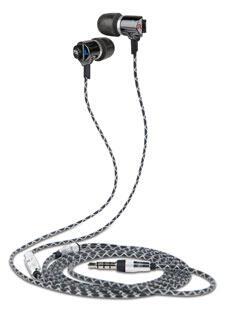 RBH Sound has introduced a new in-ear headphone, the EP3. Promising an extended frequency response and better noise isolation than its predecessor, the EP2, the new EP3 features 8mm driver elements and tuned ceramic casings, along with an in-line control module and microphone and a vatiety of foam and silicone tips. The EP3 is available now for an asking price of $179.

From RBH Sound
RBH Sound has expanded its personal audio products lineup by debuting its next-generation EP3 in-ear headphones. Raising the bar for excellence in both form and function, the new EP3 brings to the table unprecedented performance with extended frequency response and a completely redesigned, ultra-lightweight ceramic housing.

In 2013, RBH Sound received many accolades as its EP2 redefined a new level of purity and performance in the sub-$200 in-ear headphone market and, according to the company, it continues to amaze and impress listeners throughout the world. The new EP3’s design includes the most successful features and award-winning sound quality of its older sibling, yet delivers an extended frequency response and even better noise isolation thanks to its new, smaller ceramic enclosure. The EP3’s in-line control module and microphone provides the ability to easily skip to the next song, track or chapter and also receive phone calls, all with the touch of a button.

“The EP3 is a completely new RBH in-ear monitor [IEM] built from the ground up,” said Shane Rich, Technical Director and lead engineer at RBH Sound. “A new 8mm driver element and tuned ceramic casing is used which improves upon the frequency response characteristics of the EP1/EP2 models by offering extended bass and treble. The result is a more refined listening experience, with better bass definition and more high frequency detail to the sound. We have also improved reliability and durability of the headphone by using a new fabric/TPE composite cable in conjunction with the aluminum jack and controller that use specially designed strain relief elements; ensuring that listeners enjoy the great sound of these headphones for many years to come.”

The EP3 comes with a set of medium T-400 Comply foam isolation tips pre-installed. Also included in the package is a set of large T-400 Comply foam isolation tips and three sets of silicone tips (small, medium and large). Also included are two of RBH Sound’s exclusive Stabilizing Spacers for compatibility with the iPhone 6, 6 Plus, 6s, and 6s Plus models, a cord-management clip and a small on-the-go leatherette pouch to store the headphones in when they’re not being used.

RBH Sound includes a generous two-year warranty for the EP3, and they are priced at $179, including free shipping within the continental United States. The EP3 is shipping now, and can be purchased via the company’s web site at rbhsound.com, Amazon.com, or via the company’s authorized worldwide dealer and distributor network.