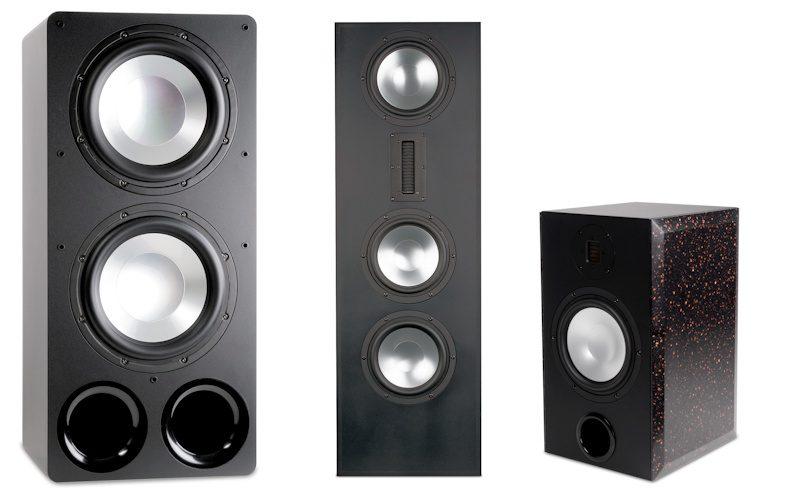 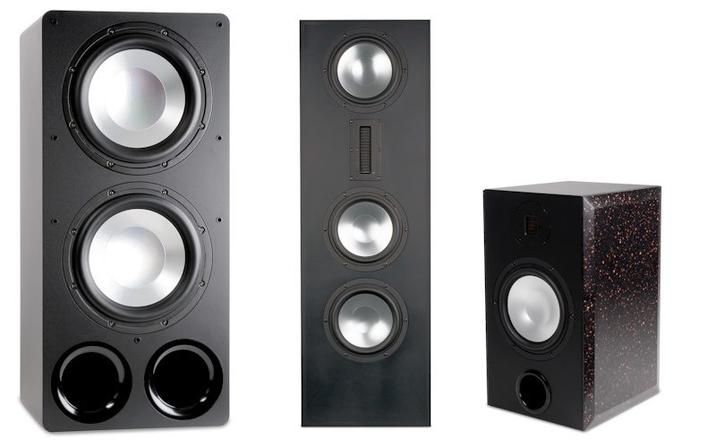 Full details on all three products are included in the press releases below: Today RBH Sound introduced the SI‑831R, the newest member of the company's Signature Series In-wall lineup. The new speaker is designed specifically to be integrated into baffle-walls and other custom-finished locations in medium to large home theaters and two-channel listening environments. The company claims the SI‑831R combines the high performance of conventional freestanding speakers with the ability to be hidden away, allowing both custom integrators and interior designers greater design flexibility for their clients.

A spinoff of the company's award-winning flagship SVTR freestanding tower monitor, the SI‑831R features the same speaker components as the SVTR's top-half SV-831R module. Three 8-inch aluminum cone woofers are used to provide plentiful bass and midrange frequencies, and an Aurum Cantus AMT Aero Striction Tweeter is used for incredibly detailed upper-midrange and high frequencies extending to 35kHz, well beyond the capabilities of human hearing. The individual speaker components are arranged in a W-T-W-W line array, allowing the new model to be used for left, center, and right (LCR) effects channels, a feature explicitly requested by RBH's dealers.

According to RBH, the SI‑831R's basic cabinet design and shallow 9-inch depth allows custom integrators to better adjust its position in the baffle wall. Integrators can now achieve reliable freestanding performance without the extra depth and bulk normally required to accommodate freestanding speakers. Additionally, the SI‑831R does not feature any tuned vents to help keep installation simple and uncomplicated. Made entirely from Medium Density Fiberboard, the SI‑831R's cabinet isn't flashy and doesn't tend to turn heads as its glossy sibling does, but RBH says there's a good reason for this. Since the SI‑831R is designed to be hidden anyway, RBH insists there's no need to invest in a handsome cabinet only to have it concealed behind a screen or custom grille. The S-1212P features a built-in 1,000-Watt class D amplifier with an integrated app-controlled DSP module. The DSP permits the subwoofer to be adjusted and fine-tuned to integrate seamlessly with the rest of the system from the comfort of the listening position, even if the S-1212P isn't visible. For ease of connectivity, the amplifier features XLR, RCA and speaker level inputs; other amenities include external level, variable 40-150Hz low-pass crossover, 0-180-degree phase shift, and auto on/off controls.

The non-powered model, the S-1212N, is designed for use with a separate power amplifier and is perfect for use in custom integration. If the subwoofer needs to be located where heat build-up poses a threat or where access to amplifier controls is restricted, the S-1212N is the answer.

"These two new incredible subwoofers represent a new era for our company," said RBH Sound president Todd A. Stewart. "Our engineers have really gone out of their way to push boundaries of innovation to develop these new high-performance models. They've not only used the best attributes of our popular past designs; they've incorporated new technology to develop these world class room shaking subwoofers. The level of performance they've achieved is stunning, to say the least."

Because both S-1212 models are capable of such extreme levels of sonic energy, their cabinets have extensive internal bracing to ensure the cabinet doesn't color the sound. Dual front-firing 4-inch tuned vents help the S-1212s to deliver substantially authoritative and accurate bass beyond the lowest threshold of human hearing. Both are finished in RBH's Phantom Black satin and have a black fabric grille.

The SV-1212N is expected to ship before the end of October 2019 and the S-1212P is slated to begin shipping in the first quarter of 2020. Both will be available direct and through the company's authorized dealer and distributor network. Introductory suggested retail price is $999.95 for the S-1212N; the price for the S-1212P has not yet been announced. For more information, please visit https://rbhsound.com. At the heart of the PM-8 are RBH's Signature Series drivers: for bass and midrange, an 8-inch aluminum cone mid/woofer (also used in the company's award-winning flagship SVTR tower) and for treble, an AMT (Air Motion Transformer) tweeter. This proprietary duo is powered by a specialized dual channel class D amplifier supplying 150 Watts to the tweeter and 250 Watts to the woofer. The on-board DSP features a FIR (Finite Impulse Response) filter to enhance phase correction of the speaker's response, also doubling as an active crossover network--thus eliminating traditional power-robbing passive components. The amplifier has level and preset DSP selection controls as well as an XLR balanced input and throughput; also included is an RCA to XLR connector for convenience. The DSP presets allow the speaker to be optimized for near-field and far-field use. Unlike other powered studio monitors, the PM-8's audio signal is processed fully in the digital domain, and converted back to analog only at the final output stage, keeping the fidelity of the audio signal as pure as possible.

"We're thrilled to bring the PM-8 to market. We developed it for those who want the highest level of fidelity without an external amplifier," said RBH Sound's technical director Shane Rich. "The built-in DSP with active crossover provides greater flexibility and control than traditional passive networks. This gives us the ability to fine tune the PM-8 to deliver an incredibly flat frequency response from 30Hz to 35kHz. The PM-8 delivers a sonic performance which is arguably the best in the industry. We look forward to hearing good things from those who listen to it."

RBH's production and assembly of the PM-8 is carried out at its world headquarters in Layton, Utah. The PM-8 cabinets are constructed of MDF and feature extensive internal bracing to prevent cabinet resonance. To further reduce cabinet vibrations, RBH engineered elegant side accent panels made of high-density composite material, available in a range of colors.

The PM-8 is expected to ship before the end of October 2019 both direct and through the company's authorized dealer and distributor network. The introductory suggested retail price starts at $1,949.95 each. For more information, visit https://rbhsound.com.