Affordable, reliable, and easy to set up, the Rega Planet has a particular voice that is fast, punchy, and blessed with a smooth and rapid decay. But component matching with the Rega is imperative if you want to avoid its brasher and more aggressive tendencies. 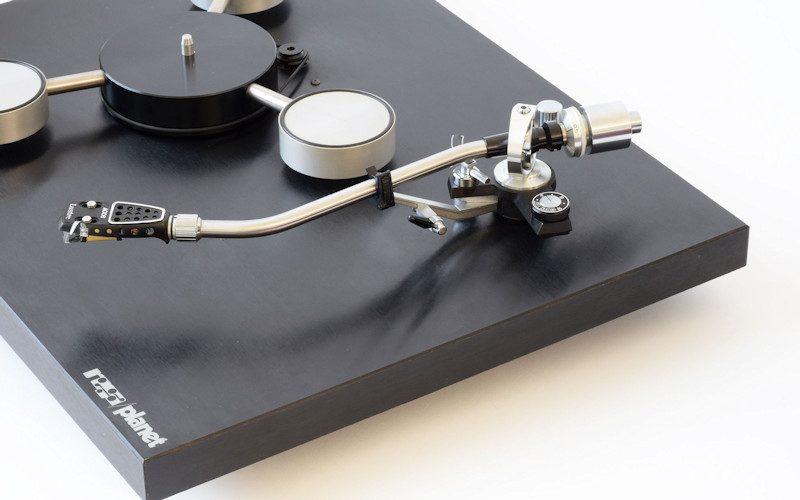 Buying into certain 'schools' of audio thought requires the same kind of metaphorical lobotomy as becoming a slavish football supporter or joining a religious cult. In real terms - if you let the mind-set supplant part of your personality - it means voluntarily denying one's self the freedom to choose components outside of a specific and usually narrow selection 'approved' by the cult community. If that sounds like I'm describing the immaturity of an 11-year-old who refuses to go to school because he doesn't own a specific pair of trainers, well, if the shoe fits...

And Rega has always been one of those brands of trainers, ever since the Dark Ages of, roughly, 1977-1987. A brief history lesson is needed if you're under 35 and want to understand the Rega Planet CD Player.

During that miserable decade, certain British hi-fi manufacturers had a vice-like grip on the testicles of the hi-fi press, a grip so tight that it enabled them to dominate the specialist sector of UK hi-fi market to the detriment of the entire community. Briefly, 'Flat Earthers' bought only certain brands - there was a core of roughly a dozen approved makes - which happened to adhere to a specific way of presenting sound. Like, uh, to hell with soundstage depth, smoothness, mid-band warmth and everything else that is now recognised as desirable. (But which has been taken to its own extreme by that other cult, the Worshippers of S.E.T.)

At best, these approved pieces worked adequately with each other. At worst, these pieces

But therein lies a problem if you aren't a Regan. So distinctive is the sound, so unique the behaviour of the Planet CD player that its appeal is restricted to a certain set of circumstances. This non-universal, limited-symbiosis character isn't the only feature, though, which characterises the Planet as a throwback to the Age of Unreason. The upside is that, for £399, you can buy a CD player which will give you a feeling of individuality, of separateness, of not having purchased a faceless black box - which pretty much describes every affordable CD player on the market. And for this alone I'm prepared to forgive the Planet just about any sin it could commit. And it commits many, which is why it has elicited in me more of a love/hate response than any item I can recall.

Top-loading is a conceit which serves as a sop to CD users who wish they'd never given up vinyl. But given that it also offers a break from front-loading samey-ness, Rega is to be commended for including it in such an affordable design. Indeed, the overall look, aside from making the Planet THE choice for owners of other current Rega components, is the freshest I've seen in a budget player since Musical Fidelity's late, lamented 'frog' with the tubes on top. The Planet's clever, cantilevered lid is a nicely-made, beautifully damped affair that will let every die-hard analoguist feel as if he or she is lifting a turntable dustcover. The only element of concern is that the CD clamp passes through the lid and rotates during play; you will soon learn not to place a jewel box on top of the Planet's lid.

To its right is a vast ridged expanse which serves as a heat sink on the amplifier equivalent, but which acts solely as a dust trap here; the Planet needs no extra cooling as far as I can tell. One could suppose that it's a further reminder that you want some space above the Planet, because there's a risk of scratching CDs if you don't open the lid to its full 70mm. Even then, it doesn't completely expose the CD 'well', so be careful.

At the front, it's another mix of good and bad. The bright red display is visible from across the room, you can switch it off or set two levels of illumination, and you can set it to display track number, time elapsed or remaining, programmed tracks and other configurations. The drag is that these options are only available from the remote control, as are the programming functions - and I just can't bear minimalist front panels when it means screwing up or sacrificing control, even if I did like the equally naked Monrio Pluri. The insult is that the Rega's remote control - I kid you not - is

OK, so the graphics surrounding the play, pause and skip/scan buttons are large enough for even a bat like me to see, but the buttons themselves? 3mm diameter 'tits' with the feel of a 39p ballpoint pen pusher. Why didn't they go all the way and make the buttons the size of the graphics? Whatever, go for the remote.

The rest of the outside is no less uninspiring. Poorly made feet which look like Sorbothane lumps trapped between plastic discs, non-gilded phono sockets for coaxial digital output and analogue output - and the latter were mounted so far off centre that I had a hard time fitting cables with decent plugs without fouling them on the back plate. A one-off, perhaps, but this was purchased from a shop in the same manner you would acquire one.

Then the really hard work began because the Rega is so fussy. Not only did I experiment with cables ranging from costly Shinpy and Transparent down to the sensible stuff in Musical Fidelity's X-Series, I ended up trying the Planet with more amplifiers than I would have expected to be necessary before feeling comfortable with the listening results. No kidding: it took me longer to find out what the Planet could do, to deduce what was its innate sonic character, than any CD player I've tried in recent memory. It was even crankier than the Jadis JD-1.

Before arriving anywhere near a conclusion, let me offer a tip: the Rega Planet, more like a speaker than a CD player, appears to have been carefully 'voiced'. As such, it complements certain amplifiers (and I'm sure those made by Rega number among them) and antagonises others. Much though I adore the cheap'n'cheerful NVA Personal, the Rega didn't, and together the two sounded harsh, too sharply etched and lacking in dynamics. The extremely wide bandwidth high-end preamplifiers revealed crudeness and a lack of refinement, as you'd expect when pairing components so far out of each other's class as to defy any hopes of synergy. The winners? Without any question, the Rega worked beautifully with the Caspian integrated amplifier, the Quad 33 (driving a 303) and the Musical Fidelity X-Series pre-amp and headphone amp. And in every case, the Planet benefited from the presence of a Musical Fidelity X-10D buffer, though my comments are restricted to its use without any tweaks.

Once the matter of amp choice was settled - and you can probably avoid it entirely by going straight for a demonstration through a Rega amplifier - the comparisons with CD players began. Given my current need for stress removal, I spent most of the time listening to cosseting, relaxing and/or seductive music, a stream of Lou Rawls, Dianne Reeves, early 1060s Miles Davis, even some Mel Torme, plus some lush orchestral in the form of 1950s soundtracks and a slew of Capitol vocals. For assessing dynamics, power and attack, I enjoyed the remastered Jimi Hendrix CDs, The Presidents of the United States of America, and the magnificent, eponymous Cheap Trick reunion CD just out on Red Ant (RAACD002).

Immediately obvious was that the Rega is no slouch when it comes to rocking out: it's fast, punchy and blessed with smooth and rapid decay. Subjectively, it's a 'loud' player, in your face and not even slightly reticent. Percussion freaks are gonna love the way it handles kick drum, but the downside is that bass guitar and acoustic bass have a trace of hardness which only favours technoid dance music. The Rega's speed and cleanliness, enough to differentiate it from the rather similar Arcam Alpha 7, made it the more precise and detailed of the two, and yet they should be considered natural rivals for both their British origins and prices.

But then I turned to the Marantz CD-63SE and it dawned on me that the lack of warmth in the Rega's midband was what kept me wishing for the re-insertion of the X-10D buffer stage. The Marantz simply didn't need it. Allied to the warmth of the Marantz were reduced edginess and therefore a lower likelihood of listener fatigue; I guess you can tell that I found the Rega a bit relentless, like Scary Spice as opposed to Peggy Lee.

Am I surprised? Not a bit. It was a throwback to the Flat Earth days, which I bought into once through the ownership of a Rega Planar II. Which was quickly replaced with a Thorens TD125. But no cult, no audio substream has hung on so tightly as Flat Earthism, and I have every fear that it's like one of those viruses which stays in the body long after a cure has been applied. Which is a curious way of saying that the Rega Planet CD player is aimed at a certain kind of anachrophile. Not tube-driven, early Sixties retro-philes, but at those who wish that it was 1980. Curious, but then who ever thought that flares would come back?

Marantz Looks to Its Past and Future with Dynamic Duo