R.E.M To Release Reckoning and Murmur On 180 Gram Vinyl

R.E.M To Release Reckoning and Murmur On 180 Gram Vinyl

Going back to (almost) basics, R.E.M. is making its much-admired Reckoning and Murmur album available in vinyl format, which seems in keeping with the band's emo aesthetic ethics. The release is aimed at audiophiles and vinyl aficionados. 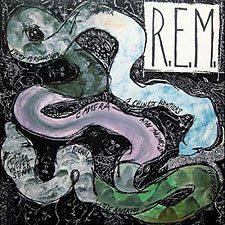 In a recent trend that shows a small volume (but large percentage) uptick in sales for vinyl - the original "emo band" R.E.M. is set to release its critically acclaimed album Reckoning and Murmur. The releases will be on audiophile grade 180 gram vinyl says industry website, American Songwriter. The titles will be released in their original packaging for that retro-feel on vinyl.

Warner Brothers is hyping the improved sound yet didn't mention any release on Blu-ray which would provide digital HD sound at high as 24 bit 192 kHz in stereo via a copy protected format on Blu-ray that reaches nearly 20 percent of all American households - all with HD video systems and some form of speaker systems that are up to the challenge of an HD audio sound track much like these consumers are used to getting from the movie studios via Dolby True HD and DTS Master Audio in HD 7.1 surround sound.

There is a two disc Compact Disc release coming called Double Reckoning that has a remastered version of the Reckoning album as well as some concert footage from Chicago and other collector tracks.

The Best Music in High Resolution From 2013