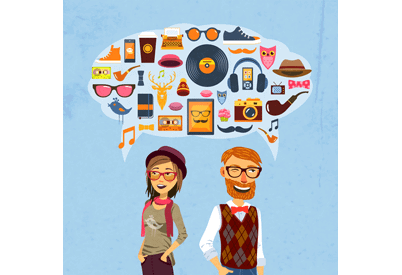 Vinyl may be enjoying a resurgence in popularity, but Jerry Del Colliano would like to remind everyone, especially hipsters, why we shouldn't embrace the format too wholeheartedly. 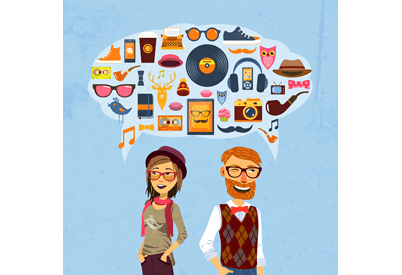 Recently, I’ve been asked more and more about the resurgence of vinyl as a viable audio format. In its heyday in the 1960s and 1970s, vinyl was the best consumer-grade source for many, if not most, audiophiles. Early Compact Discs claimed to offer “Perfect Sound Forever”; however, for all of us who were there for first-generation Compact Discs in 1983, it was a pretty rough ride. While dynamic range was improved over vinyl, the highs on early Compact Discs often sounded like an angry cat scratching an aluminum door. Don’t believe me? I will cue up my Dead Kennedys Fresh Fruit for Rotting Vegetables CD.

Digital audio via the CD has improved a lot in 30-plus years of technological evolution. While the Compact Disc sounds vastly better on today’s consumer-level systems, even in the car, there are now other digital formats, such as 24/96 and 24/192 HD audio files, that allow superior sound that truly rivals the music recorded on the master tape that’s locked up in the label’s vault.

So what’s the hype about vinyl these days? Vinyl is part of the cliche world of hipsters. If you don’t know what a hipster is, I might suggest you don’t read any further–as your world is likely better not knowing about this phenomenon. Those of us who have been to Brooklyn, Portland, or Silver Lake (and practically anywhere else in the country) in recent years can tell you that hipsters are a group of people who follow a certain “we’re different” vibe, yet ironically they tend to follow many of the same trends. The men grow lumberjack beards, and they drive electric cars when their quirky bike has a flat. They enthusiastically eat Quinoa and kale and report to like it. The men wear berets (not raspberry or the ones you find in a second-hand store) and carry trendy messenger bags. The girls are apt to tattoo any and every part of their body and sometimes embrace hairstyles like “grandma hair”–where one bleaches out all of the color of one’s hair and then dyes it gray, silver, or blue. Don’t forget, any card-carrying hipster has his or her pair of thick-framed Warby Parker glasses.

On the plus side, hipsters love music, which is just fantastic. Live music–specifically, music festivals like Coachella and Bonnaroo–draw hipsters from all over the world to flaunt their style.

What’s a head-scratcher about this new breed of music lover is the idea that, in every other aspect of their lives, they rock cutting-edge, high-resolution digital technology. They can’t look away from their HD smartphones for any meaningful length of time. They’ve made the video-game industry bigger in terms of top-line sales than the motion-picture business. They love the potential of virtual reality, yet they are also the ones behind this resurgence in vinyl.

It’s time for people who love music and have a taste for great-sounding audio to teach these young whippersnappers about HD music–because vinyl is a standard-definition, low-resolution format. Here, specifically, is why vinyl sucks.

Dynamic Range
Vinyl has a dynamic range of about 65 to 69 dB. In the days when vinyl ruled the world, much energy went into mastering vinyl releases to have better (or, at least, better perceived) dynamic range. If you go into a recording studio, mic a snare drum, and then hit it as hard as you can, you will record something in the 120- to 125-dB range. Vinyl reproduces roughly half of those dynamics. Compact Discs do drastically better in dynamic range, while HD files can reproduce ALL of the dynamics of a snare drum.

Noise
Many listeners find the stereotypical sound of vinyl to be comfortable and reassuring. That “warmth” is because of second-degree harmonic distortion created by the stylus in the groves. This distortion is what keeps one from hearing all the pristine sound recorded on the master tape. Analog master tape in the studio doesn’t have this kind (or volume) of distortion. The cracks and pops heard in vinyl come from flaws in the actual vinyl, as well as wear and dirt on the record. Hardcore vinyl lovers go to great lengths to keep the records clean and protected, which is wise on their part. The sad news is that, unlike a high-resolution digital file, vinyl will degrade over time as it’s played.

My question is, given the amount of noise and distortion coming from an age-old source, why invest in a great, audiophile-quality amp or preamp? In effect, one is feeding it with a distortion-laden source component with poor dynamic range. It’s tantamount to pumping 50-octane fuel into your new Lamborghini Aventador. Perhaps it’s time to try out the higher-grade audiophile fuel, even if it costs a few bucks more, so that you can realize the potential of your music playback system.

Sales
The older audiophile press makes a big deal about new record sales booming in the modern era. In 2014, vinyl sales spiked 52 percent to 9.2 million units, according to Nielson SoundScan. This accounts for a mere six percent of all music sales. Compact Discs sold over 60,000,000 units, with downloads not far behind–thus making up the other 94 percent of 2014 music sales. Additionally, streaming (which now can be done at Compact Disc quality or higher through services like Tidal) increased 32 percent to 118.1 billion units.

Let’s compare vinyl’s 2014 SoundScan sales to, say, EA Sports’ Madden Football–one single video-game title. In 2013, Madden sold over 5,000,000 copies, thus generating over $4,000,000,000 in revenue for the gaming giant EA. Activision’s Call of Duty: Black Ops II sold even more than Madden. That’s just two video-game titles, creating the GDP of a modest-sized country. While vinyl is having a resurgence, its sales are infinitesimally small compared with other music and entertainment formats.

Steve Jobs proved a scary point with the iPod and iTunes: when selling music, convenience wins out over quality. Digital music is so much more convenient than vinyl, and digital music in HD offers the best of both worlds, combining quality and convenience. These tracks offer the listener the chance to hear pretty much all of what’s on the master tape. Today, retailers like HDTracks.com, Pono, Acoustic Sounds, and others sell meaningful volumes of platinum-selling and/or critically acclaimed albums–there are plenty of records to sink your teeth into. In coming years, better interfaces, faster downloads, and better file compression will make music in HD even more relevant to generations of clients. If Apple would ever get around to selling music in HD, we’d really have something to get excited about–especially if they would offer an upgrade path (for a fee). Kalidescape pulls this feat off with $2 and $3 upgrades from DVD to Blu-ray quality in its movie store, which is supported by nearly every Hollywood movie studio. Why can’t the music industry partner with some company to do the same? Who wouldn’t invest in easily upgrading their music collection to HD?

It’s time to put down that 180-gram LP of Jazz in the Pawnshop and fire up a download of something that can really make your audiophile system sing. Then perhaps find a kid who thinks vinyl is the be-all and end-all and show him/her where they are wrong. Vinyl is kitsch. Vinyl is retro. I get that. But vinyl is also low-resolution audio, and we all deserve a better, closer-to-the-master experience.

You'll automatically be entered in the HTR Sweepstakes, and get the hottest audio deals directly in your inbox.
Subscribe
Connect withD
Login
Connect withD
1 Comment
Oldest
Newest Most Voted
Inline Feedbacks
View all comments
Author
Jerry Del Colliano
This is the static ad content. This is just a placeholder for now to get things styled.
Visit Website