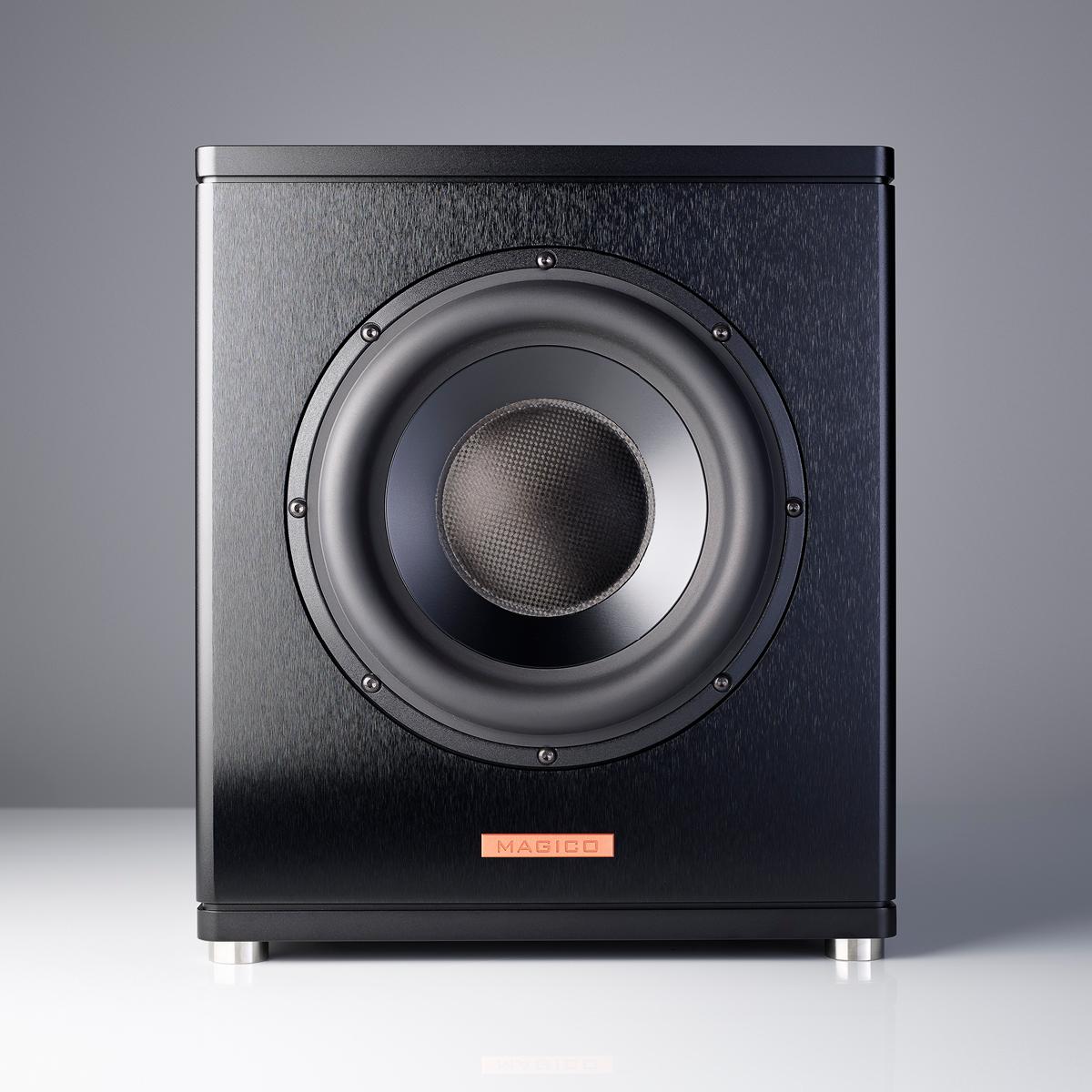 In the competitive world of high-performance subwoofers, can Magico’s new ASUB rise above the fray? 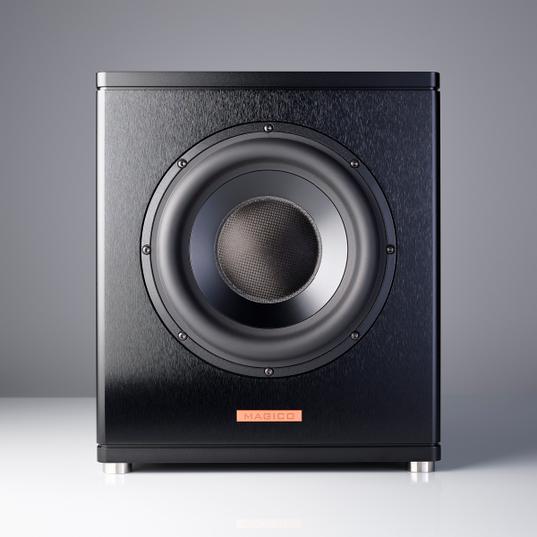 I recently had the pleasure of reviewing Magico’s A3, the company's “entry level” tower, as well as the ACC center channel from the A Series. The presence of the latter points toward Magico's surround sound intentions with this line, so it's no real surprise that the company also offers a companion subwoofer, the ASUB ($7,200). The ASUB’s construction is similar to that of the other A Series speakers: A sealed enclosure comprised of black, brushed 6061 T6 aluminum panels. While the 1/2-to 3/4-inch thick aluminum panels would be sufficiently rigid for most manufacturers, Magico adds extensive internal bracing to further reduce cabinet vibrations. The result is a relatively compact unit measuring 18 inches high, 17.6 inches deep, and 14.5 inches wide, with a weight significantly more than its size would indicate: 108 pounds.

Frequency response is reported as 20 to 120Hz, but no reference points are provided other than it “is capable of reproducing 50Hz at 110dB with minimal distortion.” Our own measurements confirm this is accurate.

The front-firing, ten-inch aluminum cone driver is on display above the Magico name plate, as is the sub ships with no grille (although you can purchase one separately for $300). The rear panel features an IEC power cord port and power switch at the bottom of the amplifier panel, with a pair of single-ended inputs (left and right), one balanced input, one balanced output, a USB port, and four small LEDs next to a tiny black push button toward the top. The simple rear panel belies the highly advance capabilities within. As with the A3 and ACC, the ASUB also includes exquisitely machined spikes to provide a stable coupling to the floor. If you have hardwood floors, you can either use the included protective floor saver discs under the spikes, or the machined rounded bottom footers supplied as an alternate to the spikes.

The folks at Magico take a lot of pride in designing the components in their speakers, but provide little information about the ASUB’s driver other than to say what you would expect to hear from a state-of-the-art speaker manufacturer about the considerations taken in its design.  The available information describes the 10-inch aluminum cone and 55-millimeter titanium voice coil, but there are few other details.

Unlike any other Magico speaker I have reviewed, the ASUB came with a thumb drive and USB cable. This was a hint at some of the Magico ASUB’s hidden prowess. The exquisitely built and finished cabinet and advanced driver technology would be notable if this were not a Magico product. However, as I have been fortunate to spend time with other Magico speakers, this is exactly what I expected from the ASUB. What I did not expect, and what surprised me, was the amount of advanced technology Magico incorporated.

The Magico Sub Control program allows an incredible amount of control of the 500-Watt digital amplifier. The program allows for the typical programming of gain, phase, delay crossover level and slope, but that only scratches the surface. The program provides a plethora of filter and equalization options that provides an incredible amount of detailed tuning options to obtain a smooth integration with you main speakers. It can take some patience and perseverance to get it all dialed in, but the results are worth it. The initial software setup took me under an hour, including breaks to do some firmware updates. Up to three profiles can be saved in the ASUB and selected by pressing a small button on the back of the subwoofer.

I listened to the ASUB along with a pair of Magico A3s for stereo sources and added the Magico ACC for multi-channel sources. The A3s were run full range for both. Magico also included Wireworld Eclipse 8 interconnects for the purposes of this review, but that's not a standard pack-in.

“I Bid You Goodnight” by Aaron Neville, from his album Warm Your Heart (Tidal, A&M), has a simple but well-recorded kick drum that the ASUB reproduced with realistic detail and weight. The notes from the kick drum are repeated throughout the track, with the listener being able to discern the initial strike, main impulse, and short decay.

I Bid You Goodnight

“Deeper” by Peter Belasco (Tidal, Nashville Catalog) lacks the acoustic drums but features a multi-layered bassline that both reaches deep and tests the ASUB’s integration. The synthesized bass lines transition in frequency from low to high and vice-versa, so I figured that this would reveal any problems in the integration between the ASUB and A3s, but the transitions were smooth in both amplitude and timbre. This was particularly impressive in light of how well articulated the A3’s bass reproduction is.

One of the movies I watched with the ASUB in place is one I also used in my ACC review: 1917 (UHD, Universal). This World War I film has plenty of bomb blasts, the depths of which the ASUB was able to reproduce with visceral impact and no signs of stress or distortion at reasonable listening levels.

My CEA2010 measurements were performed at 2 meters (add 6dB to compare to 1M measurements).

How does the Magic ASUB compare to the competition?

JL Audio’s Fathom f110v2 ($3,500) has a similar configuration to the Magico ASUB, in that it is a compact, sealed subwoofer with a 10-inch driver. The Fathom’s cabinet is made from MDF and not thick aluminum panels, but it includes JL Audio’s D.A.R.O. (Digital Automatic Room Optimization) system, which is said to achieve good results.

Sonus Faber’s Gravis III ($2,995) is also a sealed subwoofer with a 10-inch driver. Like the Fathom, it also has an automatic room calibration system. Sonus Faber offers the Gravis in luxury finish options including leather and wood. 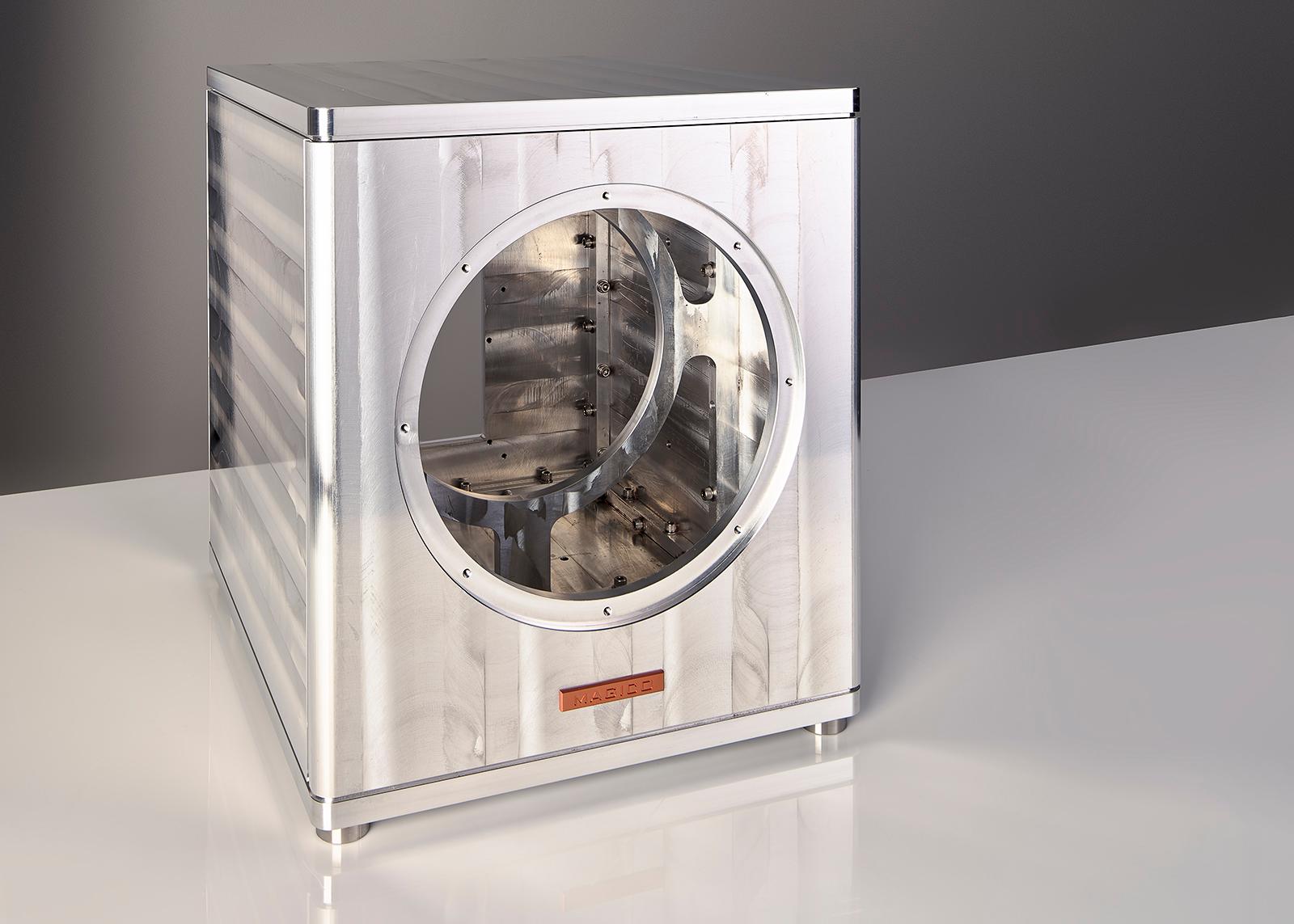 In short, the Magico ASUB provides excellent sound quality with enough flexibility to blend it with any system I can think of. The tradeoff – and there is always a tradeoff – is limited output below 30Hz. Magico recommends dual subwoofers, which would provide additional headroom, but if you have a large room or play a lot of pipe organ music at reference volume, one (or a pair) of Magico’s larger subwoofers may be a better option.

The amount of granular control options afforded by the Magico Sub Control system allowed me to obtain the most seamless subwoofer integration I have experienced in my home, though. The program's numerous options can be daunting, but I suspect most buyers will fall into one of two groups. The first group will simply have their dealer configure everything and the second group will be the audio enthusiasts that will break out their measurement microphones and tweak settings for the pure enjoyment of it.

While I expect many readers to note that there are variety of less expensive, high-quality subwoofers on the market, I have yet to hear another 10-inch model that could beat the overall performance of the ASUB.

You'll automatically be entered in the HTR Sweepstakes, and get the hottest audio deals directly in your inbox.
Subscribe
Connect with
Login
Connect with
4 Comments
Oldest
Newest Most Voted
Inline Feedbacks
View all comments
This is the static ad content. This is just a placeholder for now to get things styled.
Visit Website