The new Riva Voice Series speakers combine the connectivity and sound quality of the company's WAND speakers with the voice control and functionality of the Amazon Echo. 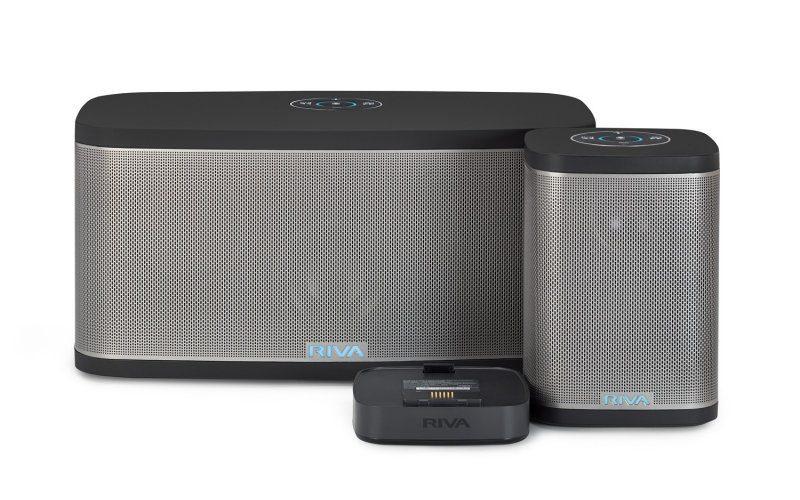 We at HomeTheaterReview.com love us some Amazon Alexa (well, most of us anyway). We also love us some Riva Audio speakers, especially the company’s WAND multiroom wireless system. In fact, or own Dennis Burger has Riva Arenas and Festivals sprinkled around the house, all connected directly to Echo Dots for voice control and music streaming.

Well, Riva just made those connections obsolete. Or at least redundant. Their new Voice Series speakers, which bear a striking resemblance to the Arena and Festival we know and love, will be shipping this fall with Alexa voice control, calling, messaging, and music streaming built in, for $199 and $449 apiece.

In the case of the Concert ($199), that means you’re only paying a $20-ish premium over the current selling price of existing Arena to unlock the full capabilities of Alexa with no additional hardware needed.

Read on for the full press release from Riva:

When you spend a lifetime designing the sound and producing the live music for some of the greatest musicians and rock bands ever to play, you gather technical and audio knowledge impossible to find in any university. There is no substitute for that kind of hard-earned expertise. That’s the backdrop of RIVA Audio’s new Voice Series: RIVA CONCERT ($199) and RIVA STADIUM ($449), two of the most advanced and innovative speakers coming in 2018. Available this fall, the RIVA CONCERT and STADIUM are making their official debut in the Amazon booth 26 in the #201 during IFA 2018.

The RIVA CONCERT and RIVA STADIUM are the first voice-controlled speakers from RIVA Audio, the lifestyle brand of Audio Design Experts (ADX) in their new RIVA Voice Series. With a variety of voice features, users can easily access: 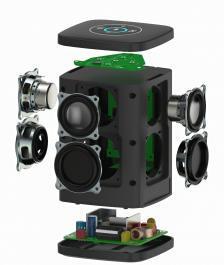 “RIVA is delivering the award-winning sound born out of the stadiums, arenas and theaters of the world right into your smart home! We are thrilled to collaborate with Amazon to bring the power of Alexa to the Voice series. Coupled with RIVA’s best-in-class audio and innovative features, these speakers deliver a sound so pure that you can hear the future,” says Rikki Farr, Chairman and Chief Creative Officer of RIVA Audio.

The RIVA Voice app (iOS & Android) allows for easy set-up, speaker control, and music playback directly from smartphones and tablets, and allows listeners to stream cloud music services from around the globe. RIVA’s Voice app offers advanced features that allows users to voice control the speaker through the Push-to-Talk function within the app as well as customize different listening modes and DSP adjustments for treble and bass. The Voice app allows the user to easily access local content, media servers, USB, AUX and Optical input playback as well as setting speaker listening modes.

RIVA Voice Series will continue to expand their capabilities via over-the-air updates, giving owners the latest advancements with ease.

All this flexibility and ease of use is paired with immense freedom. For example, an Away Mode offers the freedom to create an ad hoc network when no Wi-Fi is available. Combined with an optional 20+ hour battery pack and features such as a splash-resistant exterior and charge out for your phone or tablet, one can take the RIVA CONCERT to the lake, beach or pool and listen to their favorite music without restrictions.

RIVA Voice Series speakers come with a best-in-class three-year warranty and will be available in the US exclusively through Amazon.com and rivaaudio.com in fall 2018.