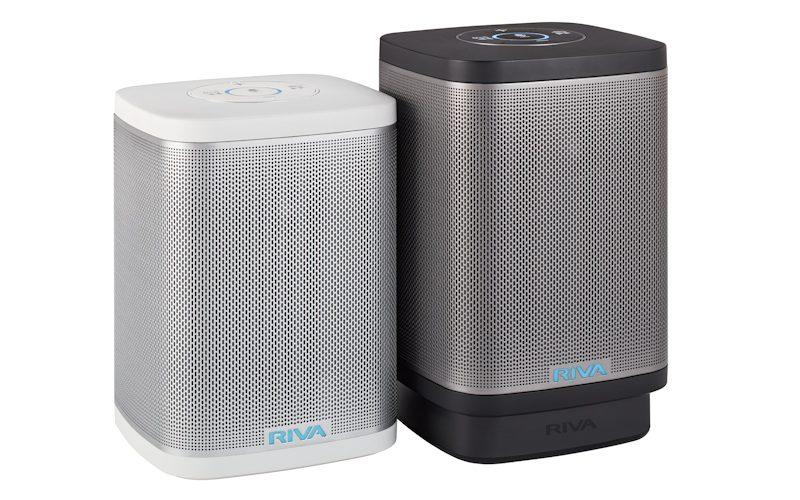 Smart speakers--that is to say speakers that are voice-activated and do more than merely play music--are growing in popularity and becoming more and more commonplace. And Amazon's lineup of Alexa-based products undoubtedly reign supreme in this category. That's no real... 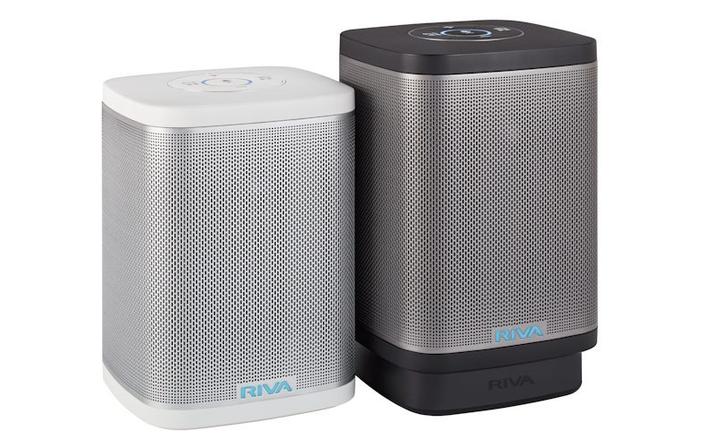 Smart speakers--that is to say speakers that are voice-activated and do more than merely play music--are growing in popularity and becoming more and more commonplace. And Amazon's lineup of Alexa-based products undoubtedly reign supreme in this category. That's no real surprise since Amazon basically created the market for this category, and it's little wonder why so many other third party products are keen to ensure their wares are compatible with Amazon's now-ubiquitous Alexa platform. HomeTheaterReview.com's Dennis Burger originally reviewed the Riva WAND multi-room speaker system back in January of 2018. In that review he did a great job breaking down each speaker, including the Arena, a $249 five-inch-tall speaker that shares a number of striking similarities with the Concert reviewed here. I'm not going to dive too deep into the ins and outs of the Concert in terms of drivers and amplification and such, since aside from some DSP and digital filter tweaks, it hasn't changed (much) from the Arena that Dennis originally reviewed, with the exception of the fact that it now has "Alexa Built-in" support. So for a deep dive into the guts of the speaker itself, please read Dennis' review.

Riva sent me the Concert along with its optional battery, which gives it up to 15 hours of playing time when listening at 75 dB. Obviously, the volume you listen at will affect real-world play times, but Riva states that typical use should result in roughly 15 hours. The optional battery retails for an additional $79, which when added to the Concert's $199 asking price makes the complete package reviewed here $278. The Concert at $199 squares off with the hugely popular Sonos One, which is also $199 and features Amazon Alexa capabilities.

In truth, I doubt few could tell the difference between the Concert and the Sonos One if both brands' labels were blacked out, as they share more than a passing resemblance to one another. The two speakers don't sound the same, mind you, as the Concert is both an omni-directional stereo speaker as well as a discrete speaker to be used as part of a stereo pair, whereas the One is but a "lowly" mono speaker. The Sonos One is flexible, in that it can be integrated easily into a Sonos-based system and serve as a stereo main, surround, or whole home speaker. The Concert can also be these things, as well as a more-or-less more traditional streaming or wireless speaker in comparison thanks to its free Apple/Android app. Additionally, and because of the Concert's flexibility, it also finds itself in the crosshairs of a number of high performing smart speakers, especially those from both Apple and Google, which I own and enjoy on a daily basis. Apple's HomePod currently retails for $349 whereas Google Home is $89, and its Home Max runs $399. While both of these retail for more than the Concert's $199 MSRP, I was surprised to find that the Concert has more in common sonically with the HomePod and Home Max than it does with the Sonos One. The Concert sounds positively big, and extremely spacious all on its own, not unlike the HomePod. Its app-based control/configuration and flexibility puts it in league with my Home Max--albeit on a slightly smaller scale, sonically speaking. The Concert positively trounces my Google Home speakers, and in many respects bests a single Sonos One in a head-to-head battle.

In short, the Riva Concert is a very capable, very pleasing all-in-one smart speaker or a small powered speaker to be used in a stereo pair. It has multiple input options, which make it vastly more expandable in terms of connecting it to a flat screen TV or other source component. Its voice control and Alexa integration means one needn't reach for a smartphone or computer to get the party started. And party it can, for despite its diminutive footprint, the Concert's multi-driver array gives it the capability to fill small to even medium sized rooms with coherent, fairly neutral, and enjoyable sound. The speaker's Trillium faux surround sound processing is second to none and on par with Apple's virtual surround sound processing, which prior to the Concert's arrival I considered to be the best in the biz.


I think I covered the Riva Concert's main competitors pretty extensively earlier in this review, but to summarize: it is most closely comparable to the Sonos One, both in stature and price. It offers similar functionality to Google's Home speaker, though it absolutely bests it in terms of sound quality. The Concert sounds and acts more like an Apple HomePod or Google Home Max, but at a lower cost. Admittedly, both the HomePod and Home Max do look a bit better physically when compared to the Concert.

Conclusion
At $199 and looking an awful lot like a Sonos, you'd be excused in thinking the Riva Concert was but a me-too product looking to cash in. You'd be excused but not forgiven, for the two speakers, despite their similarities, are quite different. The Riva Concert is a totally competent wireless powered speaker, one that possesses superb sound and room-filling output, that when coupled with its Alexa compatibility propels it into a different category than the Sonos.

No, it would be more accurate to view the Concert as an Apple HomePod killer and a challenger to the Google Home Max. Both are costlier and aimed at a more discerning listener, and yet both somewhat lose a little ground to the smaller, cheaper Concert. If I wasn't already so heavily invested in Google's smart speaker ecosystem, I'd likely build a whole home smart speaker network around the Riva Concert. I absolutely would rely on a handful of Concerts over a myriad of HomePods.

So, unless your home is already decked out in Sonos or you simply prefer Google to Alexa, I would suggest you put the Riva Concert on your short list of Alexa-compatible smart speakers to audition in 2019.