Roku study provides some interesting poll results, but not much about streaming that most of us didn't already know or suspect 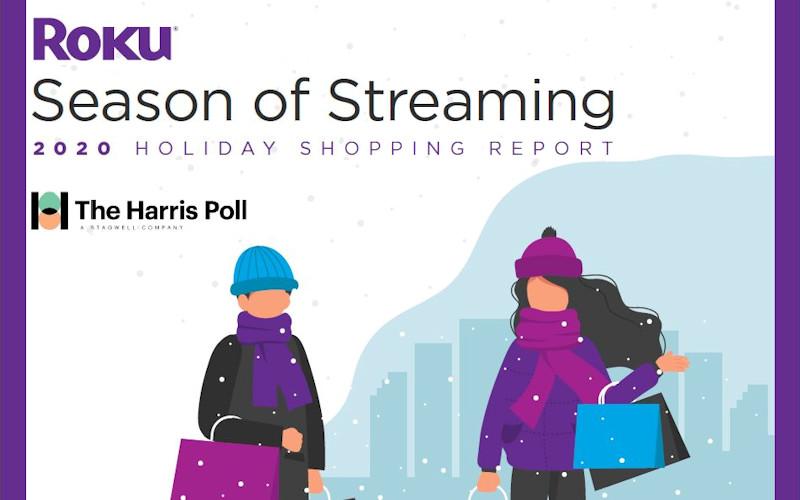 I’m not here to suggest there is anything misleading or untruthful about the statistics shared last week by streaming giant Roku in its Season of Streaming: 2020 Holiday Shopping Report. Those statistics are the result of a survey and report conducted and prepared for Roku by the very credible The Harris Poll, based on a Sept. 3-8 survey of 2,008 adults who said they were planning to shop this holiday season. Its results were weighted for age, gender, region, urbanicity, race/ethnicity, education, marital status, household income, and/or socio-economic status. The respondents were chosen to be representative of the U.S. as a whole.

While reading the report, though, I couldn’t help but think of Benjamin Disraeli, the United Kingdom’s Prime Minister in 1868 and 1874. More specifically, the report brings to mind a quote attributed to the British politician. Incidentally, there’s no truth to Senior Editor Dennis Burger’s claim that I’m so old I was actually there when Disraeli supposedly said, “There are three types of lies: lies, damn lies, and statistics.”

I freely admit, however, that the quote has been one of my guiding principles through my career as a writer and editor. If Disraeli actually uttered those words, he probably adopted them from George Canning, another Brit who predated him as PM and whose quote I’ve embraced. Canning once said, “I can prove anything by statistics except the truth.”

As a journalist by day and cynic at heart, I think of both quotes whenever I read the results of a poll, whether the subject surveyed is a presidential race, best-tasting diet soda, or — as in this case — streaming and shopping.  The first bit of skepticism involves who was polled. In this case, you might question if merely around 2,000 people can be truly representative of a nation of more than 328 million. That might sound crazy, but it’s typical of polling methodology. In addition, credible pollsters like The Harris Poll are generally pretty good at finding and interviewing groups representative of the general public.

In this case, however, the report makes it clear that the group surveyed is not necessarily representative of the general public, but rather of adults who “reported plans to shop this holiday season.” That qualifier, just a handful of words in the study’s “Report Methodology” section, reveals the true nature and purpose of this poll: to encourage companies to spend their advertising dollars with rapidly growing streaming services and platforms rather than “old media” such as television, radio and — heaven forbid — newspapers and magazines (rumor has it there are still a few of those dinosaurs around).

There’s absolutely nothing wrong with Roku using a poll/survey/study to convince advertisers they should be diverting their advertising dollars to the streaming world, and the company certainly doesn’t shy away from sharing its intentions in this report. Chief Marketing Officer Matthew Anderson makes that pretty clear to anyone who reads his message right on Page 2 of it. Here’s some of what Anderson wrote:

Despite all of the uncertainty in the world today, this report highlights that Americans plan to spend more this holiday season and buy more gifts for more people. Importantly… how they make their buying decisions and execute their actual purchases are also undergoing important changes.

The report shows that TV streamers are leading the surge this holiday season, expecting to increase their holiday spending significantly compared to non-streamers. Overall, streamers plan to spend nearly a third more …  than non-streamers. The findings … also offer a clear guide for marketers seeking to engage shoppers — 85% of shoppers now stream, and for the first time ever in The Harris Poll’s tracking of these trends, the average American now reports spending more time streaming than watching traditional television.

These shifts highlight that now is the time to consider significant realignments in advertising investments to reach consumers. Put plain and simple, to be successful, marketers need to be where their consumers are — and consumers are streaming.

Anderson, of course, would like marketers to spend all their advertising dollars with Roku, which in a relatively short time has become the streaming industry’s 500-pound gorilla. I mean that in a good way, because you can’t help but admire a company that makes great streaming players, has the most popular and critically acclaimed platform, and has branched out by developing an awesome TV operating system and some terrific audio components (including two soundbars with built-in Roku streamers).

Although it is essentially a sales pitch to advertisers by Roku and for Roku — and, by extension, other streaming services — the report does offer up some interesting factoids and insights. Many of them are related to online buying, and I’ll skip most of those because we all know that online shopping in general and Amazon in particular rule the retail world. Yet there are some newsworthy nuggets. For example:

The report’s findings about streaming in general were more interesting and enlightening to me than its shopping insights. For example, I was surprised to read that:

One of the polls most surprising statistics to me is that two out of three Millennials have paused a streaming ad to shop for the advertised product. That’s the very definition of consumers putting their money where their remote is. On the other hand, that statistic alone isn’t nearly as powerful as it could be if the survey offered a similar finding on how many viewers do the same while watching conventional television, which can also be paused with most digital cable and satellite service providers.

The other stat I found eye-opening was that more than half of those over 74 stream. Digest that for a few moments. Those respondents were already at least 61 when Netflix introduced its streaming service in 2007, and were already middle-aged when videocassettes became the rage. If more than half of those over 74 are streaming, maybe I should finally dump my VHS collection. I could transfer them to DVD, but they seem to be going away, too.

All kidding aside, the findings in Roku’s study are interesting, albeit not totally unexpected. Streaming is big and will get bigger because it’s convenient, because the technology is easy to use, and because content and the devices used to consume it are plentiful and relatively affordable. The number of free streaming options, in particular, is burgeoning. Roku itself is a good example. In 2017 it launched its own channel, which is free to access and offers a slew of free programs and movies.

As far as I’m concerned, however, streaming won’t be perfect until I can find all the older movies I want to watch either for free or for less than it would cost me to buy the Blu-ray online or from Walmart’s bargain bin. I love streaming, but I’m not convinced it’s smart to get rid of my disc collection just yet. My videocassettes? Maybe Roku’s 2021 Season of Streaming Holiday Shopping Report will help me decide whether to get rid of those.

Roku’s key takeaways from the report as well as the full report are available online.

You'll automatically be entered in the HTR Sweepstakes, and get the hottest audio deals directly in your inbox.
0 0 vote
Article Rating
Subscribe
Connect withD
Login
Connect withD
0 Comments
Inline Feedbacks
View all comments
Author
Scott Wasser
When you buy through links on our site, we may earn an affiliate commission. Your support is greatly appreciated!
This is the static ad content. This is just a placeholder for now to get things styled.
Visit Website