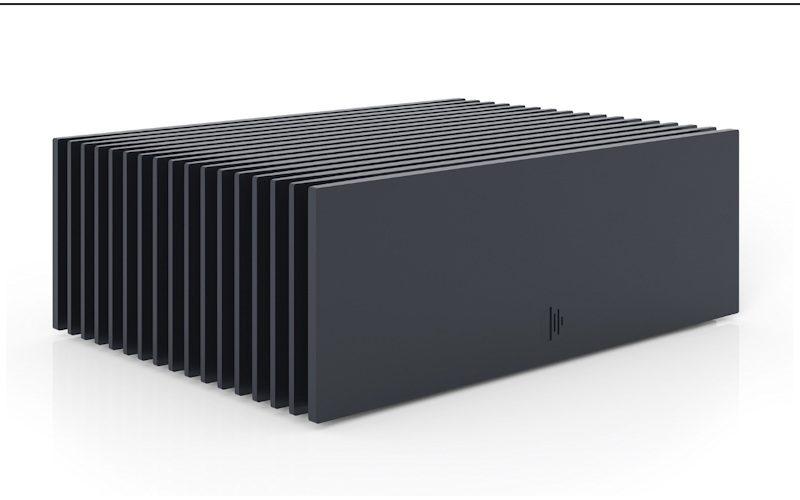 Roon is one of the world's leaders in software and metadata management, and their platform has taken the audiophile community by storm over the past three years. Until recently, their expansion into broadening markets was focused on developing relationships with... 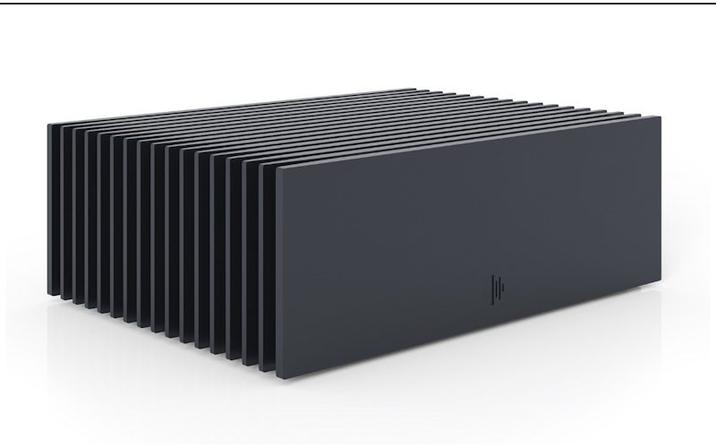 Matthew Partrick is an anesthesiologist by day and an audiophile, musician, dive enthusiast, and guitar collector in his spare time. He writes audiophile equipment reviews for HomeTheaterReview.com, as well as audiophile- and music-oriented articles for AudiophileReview.com.

Roon is one of the world's leaders in software and metadata management, and their platform has taken the audiophile community by storm over the past three years. Until recently, their expansion into broadening markets was focused on developing relationships with hardware companies to create an ever-expanding network of Roon-Ready endpoints. Now, they've moved into the hardware market themselves by offering the Roon Nucleus and Nucleus +, offered at $1,398 and $2,498 respectively, from Moon Audio, among others.

The Roon Nucleus and Nucleus + are a company-approved Linux-based Core that allows Roonies (Like Goonies but with DAPS) to maximize the functioning of their NAS and Ethernet-based audiophile two-channel systems.

This network server solves a significant problem for Roon users, in that it does the copious amounts of number crunching required for a Roon system to run smoothly. Both models come with two USB connections and one Ethernet and one HDMI connection. They both include a 2.5-inch SATA SSD and offer space for an optional HDD. The main difference in price between the Nucleus and Nucleus+ involves a slightly faster processor in the +, as well as slightly more RAM. What this means for most Roon users is those who have up to 10,000 albums or 100,000 tracks should be okay with the Nucleus, and those with more than this should opt for the Nucleus +. There are ways of making DIY Roon-Optimized Core Kits, but for those of us who don't have time, the Nucleus is the perfect solution.

The fit and finish of the Roon Nucleus is second to none. Their designers went the extra mile for audiophiles in mind, including features like metal chassis heat sink fins and an isolated CPU, without an internal fan requirement, reducing overall electrical noise. Setup was a breeze. Simply plug in Ethernet, plug in power, plug in NAS, and then reboot Roon. I used to host Roon Core on a late 2015 model MacBook Air, and it got strained easily, with frequent song cutouts. I moved my Wi-Fi router and fiddled with the extender; this, plus the addition of the Nucleus reduced the number of Wi-Fi hops that I needed to make, which almost completely eliminated the dropouts. As for the sound, I believe the two setups are equivalent, but the Nucleus certainly works much faster and more smoothly, which is a huge boon for me.

2)• Nucleus as Roon Core to an iPhone 8 Plus, with AudioQuest Dragonfly Red, to the aforementioned headphones.

3)• Nucleus to Raspberry Pi to Schiit Modi Multibit DAC and Magni 3 amp, with all of the cans listed above.

On Lorde's "Tennis Court" I hear fantastically smooth transition and gapless playback, with the same quality I've come to expect with Roon. I've used multiple endpoints to evaluate the Nucleus, including the Bryston BDP3, a homemade Raspberry Pi, and two different Google Chromecast pucks. The former two had the edge on the latter two, but in terms of seamlessness they all worked equally well.

On "Arithmophobia" from Animals as Leaders' The Madness of Many, (https://www.youtube.com/watch?v=lfKrjZWG09c) one hears the djent-style guitar wizardry of Tosin Abasi as a thick, luscious wall of sound. Their mix is very balanced, not too bassy, and this comes across very well from the Nucleus. I don't anticipate instrumental djent-metal to be well balanced and smooth, but somehow the Nucleus accomplishes this with ease and aplomb.

• For my money, the Roon Nucleus is the absolute best server solution for large Roon libraries. It functions seamlessly and has almost totally eliminated cutouts.

• The Nucleus is extremely well made. The fit and finish meet or exceed other similar companies such as Aurender or Cocktail Audio. For almost $1,400 this is expected nowadays.

• The extreme simplicity of the hardware buttons and ease of setup make this unit as idiot-proof as a network attached music server could be.

• The obvious problem with this server is that it's so integrated with Roon that it's hard work to try and get it to run with another system. To the point that I didn't even try for fear of causing a lethal problem.

• The Nucleus is at the mercy of one's own network, i.e. speed, Wi-Fi strength, etc. One can hardwire the entire system with Cat6 Ethernet, which is what I did, but not everyone has this luxury.

Comparison and Competition:
The Aurender X100L is the closest device on the market in terms of price and functionality, but typically runs on different software and requires its own remote app, whereas Roon's app is the same for every device and works seamlessly across devices.

The Clones Audio HOST also works with Roon and is also about $1,500 but is physically larger with less built-in RAM

Conclusion
The Roon Nucleus and Nucleus+ are top-tier digital music servers. They are competitively priced and they deliver above expectations in terms of sound and usability. Additionally, they are exceedingly easy to use. If you are in the market for a better Roon experience, this is the next most logical step beyond laptops and endpoints.