Whether your needs are that of a home theater with multiple zones of audio or just a straight up multichannel music system, Rotel claims that the company's new RMP-1555 multichannel amp is the answer. 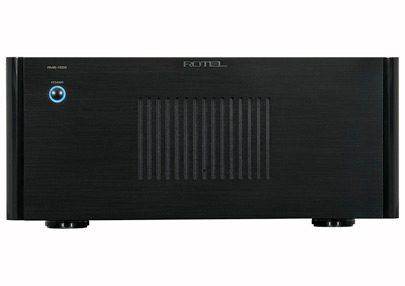 Rotel Electronics recently announced the new RMB-1555 Multichannel Power Amplifier that incorporates the company's Balanced Design Concept. The RMB-1555 multichannel power amplifier, whether used in a home theater system as a distribution amplifier for several independent zones in your home, or as the foundation of a multichannel music system, the RMB-1555 is designed to be up to the task.

Power output is conservatively rated at 120 watts per channel into 8 ohms and this is with all channels driven to full output. Its capability comes from a stable power supply based on a Rotel designed and Rotel built toroidal transformer that provides precise voltages at high current to subsequent circuit stages. In addition, the toroid shape itself reportedly reduces stray emissions that might otherwise interfere with signal transfer.

The RMB-1555 uses only discrete output transistors with their higher thermal stability. The Class AB amplifier configuration works to acheive the best balance between power output and thermal efficiency.