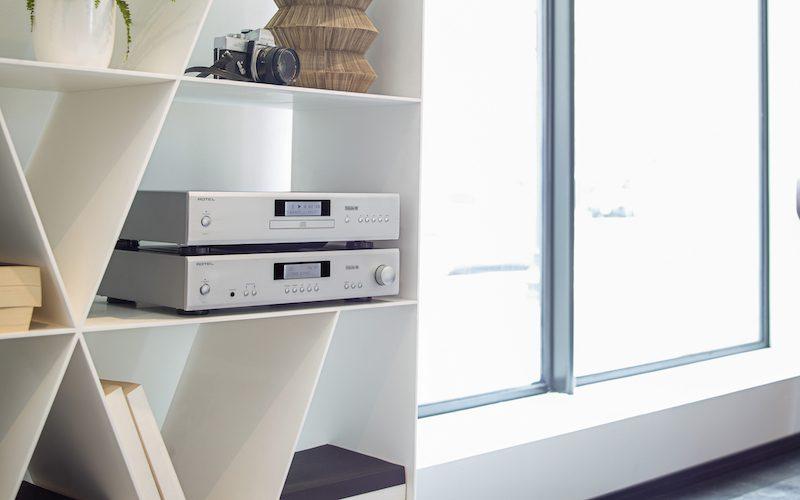 In honor of the late audiophile legend Ken Ishiwata, Rotel is releasing special editions of his two favorite products: the A11 integrated amplifier and CD11 CD player. The A11 Tribute integrated amp has been upgraded with custom damping materials, and the pre-amp stage has six upgraded capacitors. Bluetooth-equipped and remote-controlled, the $799 A11 has four RCA analogue inputs and a Texas Instruments 24-bit 192Khz DAC. The $599 CD11 Tribute has a Texas Instruments 24-bit 192Khz DAC and both analog (RCA) and coaxial digital output connections. Both products will be available in September.

Rotel Electronics is excited to reveal the launch of two special editions of the company’s popular A11 integrated amplifier and CD11 CD player, each model named as tribute versions in celebration of the company’s partnership with the late audio legend Ken Ishiwata. The A11 and CD11 were chosen as two of his favorite products and the Rotel team felt that the Class AB 2 x 50W A11 integrated amplifier & CD11 CD player represented the perfect base for elevating products that were already excellent and updating them into something even more special.

Ishiwata was widely admired in the hi-fi industry for his unique ability to identify the most ideal products for modification and take these products’ performance to new levels, often with a modest increase in price. Ken Ishiwata offered initial appraisal for the new specification with the Rotel engineering team, producing preliminary prototypes before having the final specifications approved by Rotel. Having approved the changes creation of the first prototypes, Ken sadly passed away in November 2019, before the project could be completed. In his memory, Rotel worked to complete the product to fulfil Ken’s original vision.

The A11 Tribute and the CD11 Tribute result is an increase in resolution and detail, while delivering a more musical presentation with both improved rhythm and timing. The upgraded A11 Tribute and CD11 Tribute products are available now, each with a special badge in honor as a nod to the man whose total passion for music was the impetus that inspired their creation. Product will be available starting in September of 2020 through authorized Rotel dealers.

A11 Integrated Amplifier Features and Capabilities:

· Specially selected improved components were chosen to offer higher performance throughout the signal path. In the amplifier stage, all 10 capacitors and two resistors in the signal path were changed.
· For the pre-amp, six capacitors were upgraded, representing over 50% of the components in the signal path. All six capacitors in the volume stage were also upgraded.
· Custom damping materials were added to the A11’s mechanical chassis to reduce ringing and further isolate/insulate and dampen any vibrations within the product.
· Rotel Class AB amplification, continuous rating 50 Watts per channel into 8 ohms
· Custom, in-house developed, oversized toroidal transformer
· Moving Magnet Phono Stage
· Texas Instruments 24-bit 192Khz DAC
· apt-X and AAC Bluetooth for wireless audio streaming
· 4 RCA analogue inputs for ultimate flexibility
· A-B speaker 5-way output binding posts
· Remote control
· Available in both silver and black finish

· The CD11 CD player eight capacitor changes and one resistor change were made in the DAC stage while in the power supply all nine capacitors were changed with improved components.
· A great deal of thought was given to the damping of internal vibrations with custom damping material added to the top cover to eliminate vibration and ringing, while further changes were made to the mechanical and electrical grounding of the CD player.
· Tray loading dedicated CD mechanism
· Texas Instruments 24-bit 192Khz DAC
· RCA Analog and Coaxial Digital output connections
· Rotel Balanced Design topology of digital and analogue circuits
· Available in both Silver and Black finish