Rovio and Samsung Partner to Bring Angry Birds to TVs

Rovio and Samsung Partner to Bring Angry Birds to TVs

Samsung has put a lot of effort and energy into building up the company's app platform for the Samsung televisions. Now that effort has brought the wildly popular game, Angry Birds, to the Samsung platform. 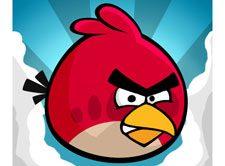 "With the introduction of Angry Birds, Samsung is expanding its leadership in Smart TV with must-have games our consumers demand," said Eric Anderson, vice president of content and product solution at Samsung Electronics America. "Our partnership with Rovio is not just around a single app - we will be working together to develop new ways to harness the latest Samsung technologies to deliver an incredibly immersive experience to consumers in the living room."

Angry Birds animations will be available later this year on the Angry Birds TV channel through Samsung Apps, and will be compatible with 2010, 2011 and 2012 TVs.

"We are delighted to partner with Samsung to bring fresh Angry Birds content to Smart TVs all around the world," said Peter Vesterbacka, Mighty Eagle and CMO of Rovio. "We are thrilled to announce for the first time with Samsung that our on-demand video animation channel featuring Angry Birds will be available on Samsung's Smart TVs later in the year, and we will work closely with Samsung to deliver amazing new gameplay and video for Angry Birds fans everywhere."